The atmosphere at the headquarters of the Social Democratic Party (SPD) in Berlin on Sunday evening was extremely subdued. No festivities had been scheduled for the night of the important state election in Bavaria - the public opinion polls in recent weeks had made it clear that the center-left party would have nothing to celebrate. But a few SPD members and journalists had shown up to hear what party head Andrea Nahles would have to say.

As expected, she was left to comment on a brutal election result. The SPD managed just 9.7 percent of the votes in Bavaria, down 10.9 percentage points from the last election in 2013 and the party's worst-ever performance in the state. It was, Nahles said in her brief remarks, a "poor performance by the grand coalition," a reference to Chancellor Angela Merkel's governing coalition. She said her own party would "carefully analyze" the reasons for the abysmal performance. She didn't take questions.

But it wasn't just a difficult evening for the center-left SPD. The Christian Social Union (CSU), the Bavarian sister party to Chancellor Angela Merkel's Christian Democratic Union (CDU), likewise saw its support plunge 10.5 percentage points to 37.2 percent of the vote. It is an historically weak showing for a party that has become accustomed to winning absolute majorities in the state.

And that is bad news for Berlin. Two of the three parties in Merkel's governing coalition took a beating on Sunday, while the third likewise doesn't have much to look forward to. In two weeks, voters go to the polls in another German state, Hesse. And there, the CDU is expected to take heavy losses of its own.

That could have a significant impact on Merkel's future. Depending on how well -- or poorly -- the CDU does in Hesse, her re-election as party leader at the party's convention in December could be in jeopardy. Horst Seehofer, the leader of the CSU and Merkel's interior minister, could also be cast aside as punishment for his party's historically weak performance. Never mind Andrea Nahles' now tenuous hold on SPD leadership.

Indeed, the only parties that have emerged with much momentum from Sunday's vote in Bavaria are the Green Party and the Bavarian local party known as the Free Voters. The former increased its share of the vote by 8.9 percentage points to come in second place behind the CSU with a total of 17.5 percent of the vote. The Free Voters, meanwhile, whose platform doesn't differ all that much from the CSU, managed 11.6 percent, sufficient to become the likely junior partner in a CSU-led coalition.

The right-wing populist Alternative for Germany, meanwhile, continued its run of strong showings in state elections, pulling in 10.2 percent of the vote and gaining seats in the Bavarian parliament for the first time. It now has seats in 15 of Germany's 16 states, with a clean sweep certain once the votes are counted in Hesse in two weeks. Still, the AfD emerged as just the fourth-strongest party in Bavaria, a far cry from the party's high expectations.

The most important outcome of the election in Bavaria, however, is the fact that it has made the premature end of the Merkel's governing coalition much more likely. The leaders of all three coalition partners could lose their posts in the coming weeks and months while the result has shown just how fragile the major parties' foundations have become. Together, the CSU and SPD lost more than 20 percentage points. Meanwhile, the conservatives and the SPD together have only a razor-thin majority in recent nationwide polls.

Germany's governing coalition, of course, was beset by uncertainty even before the election in Bavaria. Since its start in March of this year, it has been distracted a by a seemingly never-ending debate over migration and constant provocations from the CSU, which spent months campaigning on an anti-Merkel, anti-migration platform for months.

But the SPD and the CDU also have themselves to blame for their declines. Merkel has had trouble recently aligning her party behind her. And Nahles? Many SPD members and officials want their party to leave their unloved coalition with the CDU as soon as possible. That pressure is now likely to increase. If the SPD performs poorly in Hesse, it could cost Nahles her job as party leader, though polls suggest she has reason to be optimistic: The Social Democrats are expected to win between 23 and 25 percent of the vote.

Still, it will take some time before the true effect of the outcome in Bavaria is realized in Berlin. First and foremost, Merkel seems likely to lose her interior minister, Horst Seehofer. Beyond that, though, it doesn't seem likely that the poor result in Bavaria will make the CSU any easier to deal with on a national level. 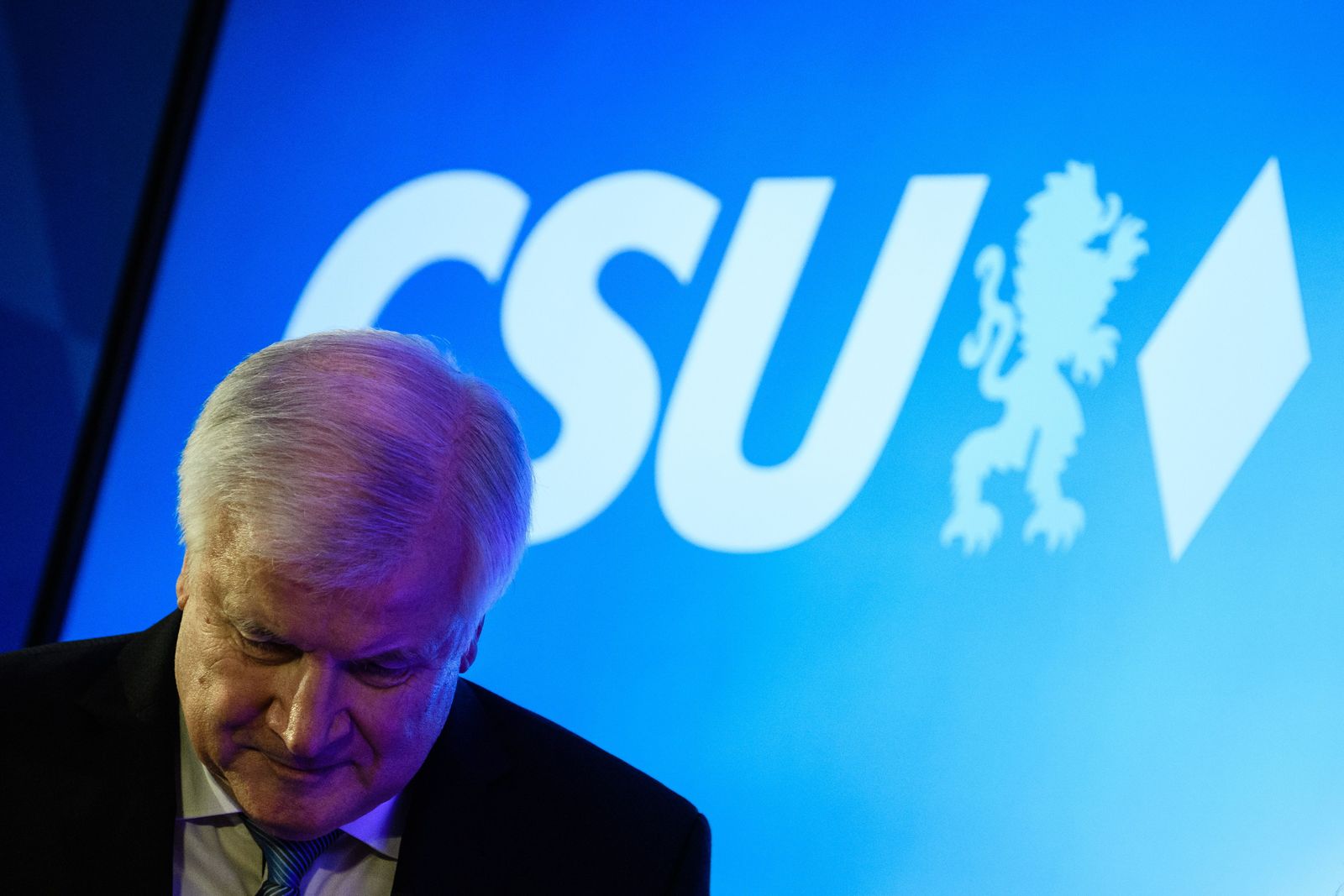