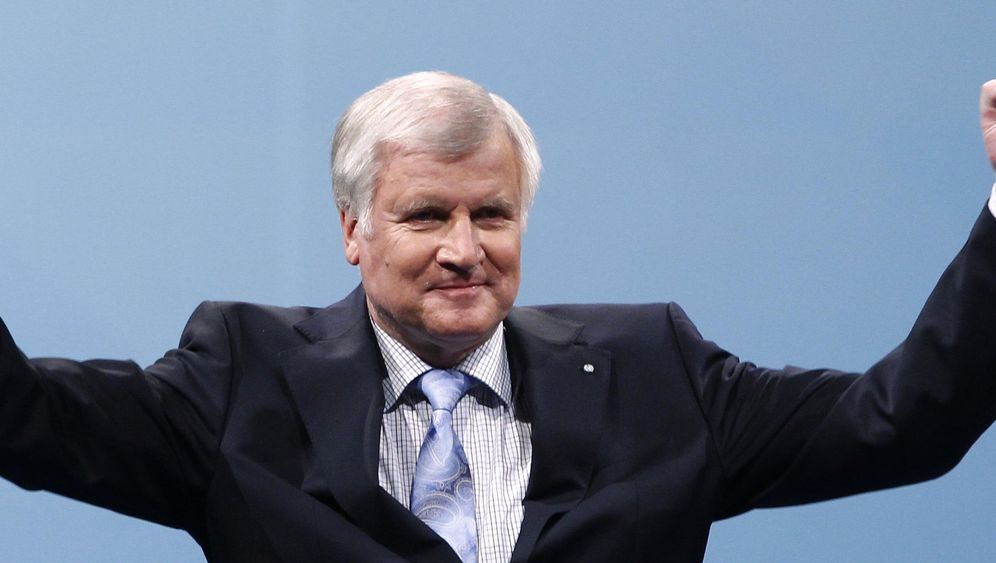 Chancellor Angela Merkel's conservative allies won an absolute majority in a state election in Bavaria on Sunday, heralding strong momentum for her party in the general election this coming Sunday.

The Christian Social Union, which has governed the prosperous southern state for the last 56 years, won 47.7 percent according to preliminary official results, meaning it will no longer rely on a junior coalition partner for power.

That could give Merkel cause for concern because the FDP is her coalition partner in Berlin. However, the FDP was widely expected to do badly in Bavaria in any case, and Sunday's poor result for them could motivate people to vote tactically in the general election to ensure it remains strong enough to keep Merkel's current center-right coalition intact.

The opposition Social Democratic Party (SPD) gained 2.0 points to 20.6 percent in Bavaria but remained hopelessly far behind the CSU, even though they had fielded a strong candidate in Munich mayor Christian Ude. The opposition Greens also fared disappointingly, slipping 0.8 point to 8.6 percent.

Sunday's result is a personal triumph for Bavarian Governor Horst Seehofer, 64, who took over the leadership of the CSU in 2008 after the party slumped to 43.4 percent, missing an absolute majority for the first time in over four decades.

"The CSU is a people's party and we are deeply rooted in the Bavarian population. Every second Bavarian voted for us!" he told cheering supporters in Munich on Sunday night. The mass-circulation daily Bild on Monday ran the headline "Seehofer Superstar."

Commentators said the charismatic Seehofer, a political war horse regarded as one of the few conservatives left who are capable of standing up to Merkel, may now prove to be a thorn in her side by making forceful demands in upcoming coalition talks if she wins next Sunday.

He has, for example, been calling for a motorway toll for foreigners using German autobahns, a demand widely dismissed as populist campaign rhetoric but which he may now insist on, even though she has slapped the idea down.

However, the initial impact of his victory is a psychological boost for her conservatives in the last week of campaigning.

"I'm delighted. This will give us great tailwind and it shows the center-left has no chance of its own majority in Berlin," said Hermann Gröhe, general secretary of Merkel's CDU, currently 13 points ahead of the SPD in the latest nationwide poll released on Sunday by Emnid.

The CSU's campaign focus was, after all, similar to that of Merkel's Christian Democratic Union party, the Bavarian CSU's sister party at the national level -- forget about the issues, focus on the leader.

"Voters like winners. Such a strong signal from Bavaria will mobilize Merkel's supporters. On the other hand, such a bad result for the FDP could activate their voters," Thomas Jaeger, political scientist at Cologne University, told Reuters.

Merkel, like Seehofer, has admirable personal approval ratings and can point to a strong economic performance.

Bavaria has the lowest rate of joblessness of Germany's 16 states at a paltry 3.8 percent. It regularly comes at the top in comparative national education rankings and at the bottom when it comes to crime. Its capital city, Munich, regularly places in the Top 10 of rankings of the world's most liveable cities.

That explains the CSU's simple but effective campaign slogan: "Schaut Auf Bayern," loosely translated as "Behold Bavaria." A prosperous land of Alpine glory and fairytale castles built by mad kings, of yodelling and cowbells and thigh-slapping dances and peerless beer.

The term "Laptops and Lederhosen" is an old one but it still applies, and it explains why there was no appetite for a change in government. The CSU has ruled Bavaria for so long that it has become synonymous with the success of the state. And Seehofer, 64, embodies its catch-all appeal.

"Horst Seehofer has managed to be the most popular conservative and the most popular Social Democrat in one person," Patrick Döring, general secretary of the pro-business Free Democrats, said grudgingly.

Conservative Frankfurter Allgemeine Zeitung wrote on Monday: "The secret of the last true people's party lies in the fact that it doesn't stand for this or that, but for everything."

The same could be said of Merkel. She's famed for her U-turns and her absence of vision, but she's seen as a safe pair of hands who has steered Germany through the debt crisis without costing taxpayers too much, and who has presided over relatively strong economic growth.

So why change? Six days ahead of the election, even though her center-right alliance is neck-and-neck in opinion polls with the combined opposition of SPD, Greens and Left Party, the only real question is whether she'll manage to carry on her coalition with the FDP or if she will end up as head of a "grand coalition" with the SPD, an alliance with which she ruled in her first term between 2005 and 2009. 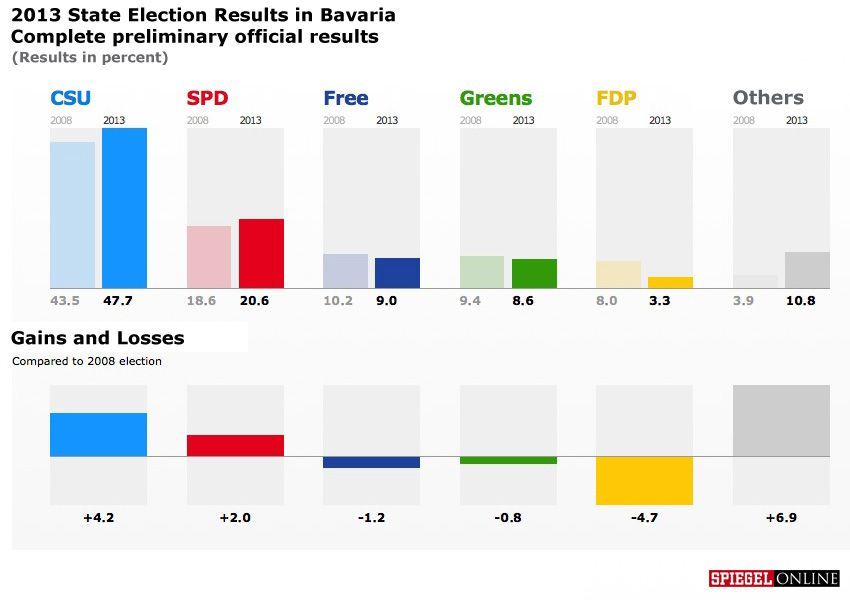