The news, which broke on Saturday, has dominated German headlines since, because Hoeness isn't just the most powerful man in German club football -- he has also gained a reputation as a voice of reason on political issues and even as something of a moral authority, attacking corruption and tax evasion.

German newspaper Süddeutsche Zeitung reported on Monday that Hoeness had failed to declare interest income on his assets held at Bank Vontobel in Zurich, but that the money he had deposited there had been properly taxed beforehand.

The Munich state prosecutor's office told magazine Focus it had launched an investigation into Hoeness in January after he had turned himself in -- a move aimed at sparing himself prosecution.

Süddeutsche Zeitung reported Hoeness had paid €3 million ($3.9 million) in back taxes. Based on that sum, the newspaper speculated that his total assets deposited in Switzerland amounted to €18-20 million.

Hoeness, 61, has declined to comment. "I'm not allowed to say anything at the moment because the case is pending. You can imagine there's a lot I'd like to say but I first have to do my homework with the authorities," he told Süddeutsche Zeitung.

The case threatens to wreck the reputation of the football icon, a former Bayern and German national team striker who went on to become its commercial manager. Hoeness, who owns a sausage factory, used his entrepreneurial skills to turn Bayern Munich into one of the most financially successful clubs in Europe. He is known for his skill in transfer negotiations.

Bayern, in spectacularly good form this season, will play Barcelona on Tuesday night in Munich in the first leg of the Champions League semi-final. But now the controversy surrounding Hoeness is overshadowing the important match.

Unfortunately for Hoeness, tax evasion is set to be a major issue in the upcoming general election campaign, and politicians were quick and firm in their reactions to the scandal. Hoeness, who has a reputation for being short-tempered, is being haunted by his past outspokenness and the occasionally lecturing tone of his statements on political talk shows in recent years.

Highlighting his alleged hypocrisy, mass-circulation daily Bild ran some choice quotes from him over the years. "It can't be that now when taxes are gushing like never before the state is still running up debts," he said on one TV talk show last September.

Politicians also lined up to criticize him. Chancellor Angela Merkel's spokesman voiced her displeasure on Monday, saying many people were disappointed by Uli Hoeness. "The chancellor is among those people," the spokesman said.

"It takes a hefty portion of smugness to spend years establishing yourself as the moral authority of German sports while circumventing the tax authority," Jörg-Uwe Hahn, a leading member of the pro-business Free Democratic Party, junior partner in the government to Chancellor Merkel's conservatives, told Die Welt newspaper. "It's a shame that a man who does great things for German sports may have nothing to spare for the community."

Peer Steinbrück, chancellor candidate for the opposition center-left Social Democrats (SPD) in the September general election, said: "The news is like a bomb shell. I know Herr Hoeness, I know about his social commitment and admire his entrepreneurial achievements. But this part of his activity should be condemned -- though only when we know more."

Joachim Poss, deputy head of the SPD's parliamentary group, said: "The conservatives and the FDP with their tax haven guarantee wanted to accommodate their sympathizers like Uli Hoeness who hide their millions from the taxman in Switzerland."

Jupp Heynckes, the coach of FC Bayern, said the case was a "private matter for the president." That may be wishful thinking, though. There is speculation that Hoeness may have to step down as Bayern president.

But Hoeness, who stepped down as manager in 2009 after three decades and was elected club president that year, is also the club's supervisory board president. In true Hoeness style, he made clear on Sunday that he has no intention of resigning. 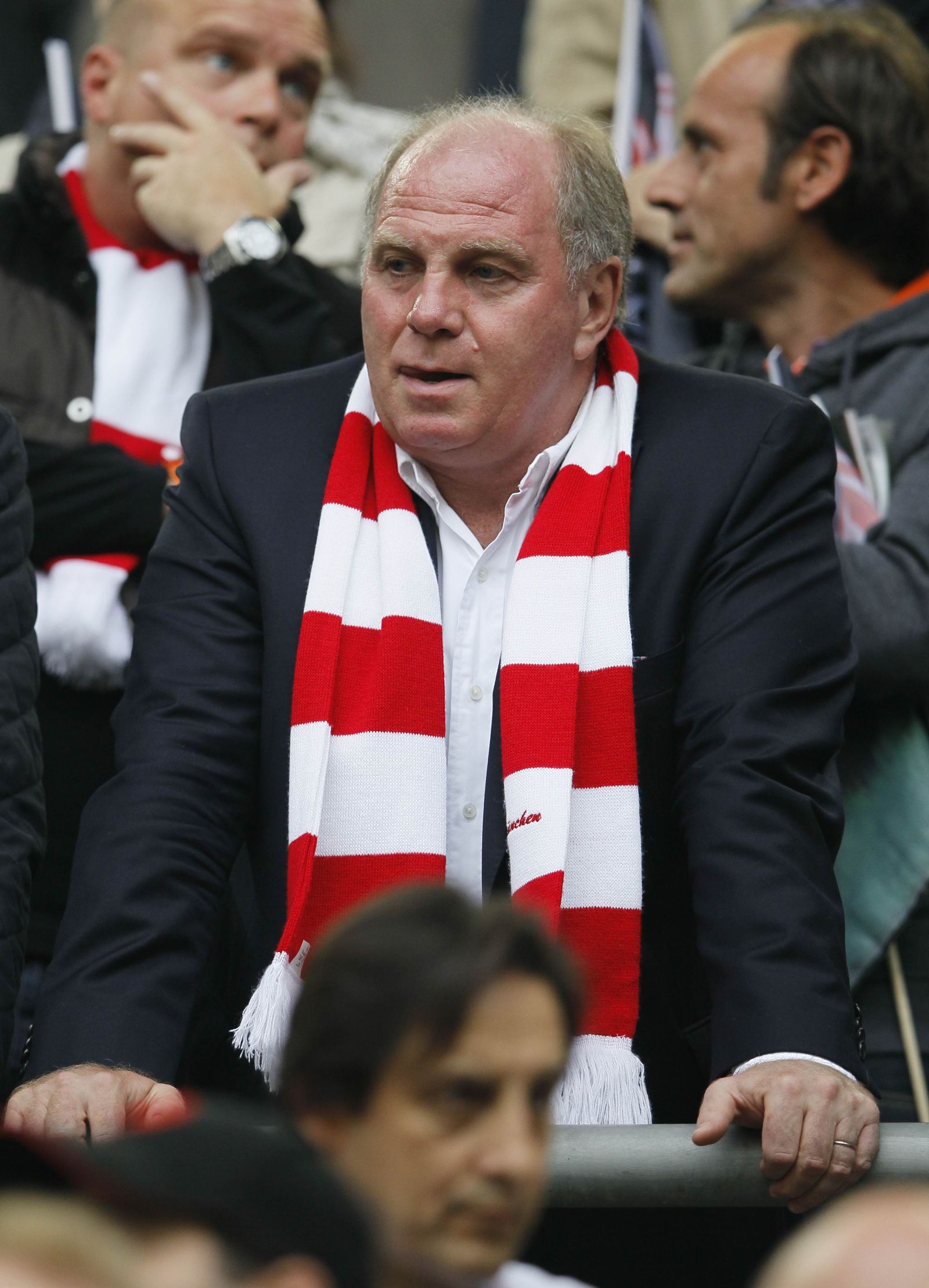