The murder of 50-year-old Dominik B.* as he tried to defend a group of adolescents in Munich on a commuter train on Saturday from older youths harassing and trying to steal money from them has become a national issue in Germany.

The perpetrators punched and kicked their victim again and again and the victim suffered 22 serious injuries to his head and upper body within the space of several minutes and died shortly afterwards. 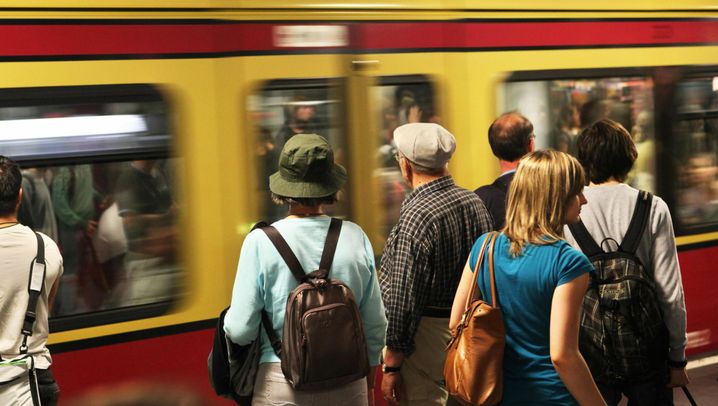 It's a case of civil courage gone horribly wrong that has prompted numerous calls to action by officials at the local and national level in Germany. Some are also accusing politicians of seizing the crime as a campaign issue in a country that will go to the polls to choose its next government in less than two weeks' time. One politician -- former German Development Minister Carl-Dieter Spranger -- even wants to posthumously award the man Germany's highest medal, the Federal Order of Merit.

Bavarian Governor Horst Seehofer of the conservative Christian Social Union (CSU) is calling for a stronger police presence and increased video surveillance at train stations and more thought given to preventing violence at the school level.

'We Should Not Be Intimidated by Those Who Commit Violence'

Beate Merk, the state's justice minister, is calling for a tightening of youth laws to ensure that people between 18 and 21 can also be tried as adults. Currently, a person must be 21 to face adult punishment. Merk criticized the fact that judges have been too soft on some adolescents. She also wanted to see the maximum penalty for young offenders raised from 10 to 15 years imprisonment.

Merk also appealed to her fellow citizens not to let this incident stop them from doing the right thing. "In the face of this terrible crime we need to stand strong," she said. "We should not be intimidated by those who commit violence. Civil courage means that if somebody is brave enough to stand up for something, then we cannot leave them standing alone."

While traveling on a local commuter train in Munich in the southern state of Bavaria to see his girlfriend on Saturday, Dominik B. noticed two older teens harassing younger adolescents. The older boys were trying to steal money from the younger children, aged around 13 and 14. Alarmed, B. called the local police. He then convinced the younger kids to get off the train at an earlier stop, so they could escape the perpetrators. The group left the train but was followed by the 17- and 18-year-old boys, identified only as Markus and Sebastian. When B. tried to intervene again, he was attacked and beaten by the older boys. The police arrived on the scene only minutes later but it was already too late to save B.

Look The Other Way And You Could Be Prosecuted

Apparently the teenagers' fight on the Munich train was a fairly loud one but B. was the only person who reacted -- and that has outraged many. Speaking to the mass-circulation daily Bild, Rupert Scholz, a Christian Democrat and former defense minister, agreed with Merk, saying that there was an "unspeakable culture of looking the other way" in Germany. Scholz, who is an expert in constitutional law, suggested that the time had come to take another good look at Paragraph 323c of the German penal code. The law states that passersby who ignore a situation such as B.'s, where they could have helped but did not, may be punished either by a fine or a period of imprisonment of up to one year.

The head of the center-left Social Democratic Party (SPD) in Bavaria, Florian Pronold, warned that the issue should not fall victim to electioneering. He suggested more research into "the connection between the propensity of young people for violence and their living conditions." He also refuted the CSU's calls for tighter laws and harsher punishments, telling the Süddeutsche Zeitung that, "those who do such a gruesome deed do not stop to think: What will the punishment for this be?"

Police are also calling on Deutsche Bahn to increase its security measures. Konrad Freiberg, head of the German police union GdP, complained in a letter to the national railway that in exchange for the ticket price rises it gives to passengers each year, they should also be given improved security.

Deutsche Bahn officials claim the national railway operates 3,200 cameras across Germany. This clearly pales in comparison to the highly monitored London Underground, for instance, where they have over 5,000 cameras in operation. In Tokyo passengers are monitored by 7,700 cameras and in Vienna there are around 1,200.

However, experts like Eric Töpfer, a political scientist and researcher at the Centre for Technology and Society at Berlin's Technical University, don't believe that more cameras would help. "Video cameras would not stop violent incidents like those in Solln. They are no good as a deterrent against these mostly young, mostly completely irrational perpetrators," Töpfer told SPIEGEL ONLINE. He said the politicians' suggestions were part of a "cyclical attempt on their part to create the impression there is some kind of cure-all."

Nils Zurawski of the Institute for Criminological Social Research in Hamburg agrees. He has studied video surveillance and he too believes the Big Brother approach doesn't always work. "The other problem is that not enough people are actually watching," he said. "Even when the cameras catch an incident as it happens, most of the time nobody even sees it." The security posts are not always occupied, he says.

The head of the German police union DPolG, Rainer Wendt, told SPIEGEL ONLINE: "We need a massive increase in security forces. Cameras without personnel are useless. They serve no purpose."

The experience in what is possibly the most surveilled country in Europe supports the German researchers' arguments. London reportedly has over 1 million cameras in operation. But it has not made that much difference. As a recent internal report from Scotland Yard noted, there is only one crime solved for every 1,000 surveillance cameras. Earlier this year a British Home Office report concluded that camera programs have a ''modest impact'' on reducing crime.

So what is the solution? "Generally speaking we should be investing more time and money into the assessment of perpetrators and looking at their history and background rather than just their age," criminal psychologist Adolf Gallwitz from the police training college in Villingen-Schwenningen in the state of Baden-Württemberg told SPIEGEL ONLINE. "In Germany it still seems to be easier to put a bank robber in prison for a long time than it is to imprison someone who is repeatedly violent."

Earlier this week, the elder of the two teenagers who beat Dominik B. to death and who are now being held in police custody apologized to the victim's family. He said he deeply regretted the deed and he could not explain how he "blacked out" like this, his lawyer Gregor Rose said. "I didn't want the man to die," the perpetrator said through his lawyer. The public prosecutor wants to press charges of murder while the defendant's lawyer prefers involuntary manslaughter. The next step will be a psychological assessment of the defendants.

Meanwhile, at least one sociologist expressed anger over the knee-jerk reactions and political grandstanding following the murder of Dominik B. "Shock at this deed is completely justified," Ulrich Bröckling told the Süddeutsche Zeitung newspaper. "But with all these populist suggestions being made (by politicians), the real sorrow and fear is being devalued." In situations like this, Bröckling suggests, "the politicians should keep quiet."

With reporting by Jörg Diehl and Annette Langer.

* Under German media law, it is common not to publish the last names of some suspected criminals and victims.