BayernLB has already earned itself the unenviable accolade of becoming Germany's first bank to request help from the government bailout funds. On Friday it added a massive bailout package to its trophy shelf: a €30 billion lifeline will be thrown to the ailing business. 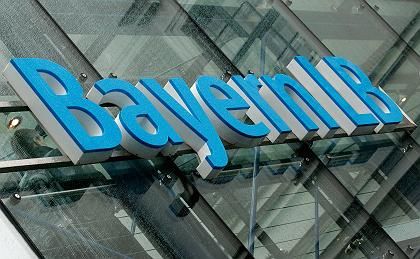 BayernLB: "It is facing the biggest challenge of its almost 40-year history."

To restore it to health, Bavarian Governor Horst Seehofer said the Munich-based BayernLB would be granted €10 billion ($12.9 billion). He also said the bank requires lending guarantees to the tune of €20 billion. Of that he said he would seek €15 billion in interbank lending guarantees under the federal plan.

Germany's second biggest regional bank has been hit hard amid the financial domino effect. First, the US subprime lending crisis and subsequent credit crunch left it, and many peers, with hefty write-downs. Then, BayernLB's problems deepened with losses generated by bank failures in Iceland.

Earlier BayernLB said it has applied for €3 billion from the federal bailout fund -- a move which would mean that the state would have a relatively small say in the running of the bank.

Officials in Bavaria, whose state government owns half of BayernLB, last month presented plans to seek an injection of €6.4 billion -- but apparently its needs have intensified amid rising credit risks and new write downs.

The German government's rescue plan is worth up to €500 billion ($645 billion) in total. Seehofer, who stayed away from the annual Christian Democratic Union party conference in Stuttgart (Seehofer himself is from the Christian Social Union, the Bavarian sister party of the CDU) to deal with the bank's emergency, warned that no one could ensure the bank has complete security "for ever and ever."

And these have been testing times for the regional lender. There was October's news that BayernLB faced a loss of up to €3 billion by the end of the year: in the third quarter alone its pretax loss amounted to an estimated €1 billion, far exceeding expectations of €100 million. Then the bank signalled it would need to draw on Berlin's €500 billion rescue fund. And the downward spiral even claimed a political victim, Bavarian Finance Minister Erwin Huber who resigned after Bavarian public-sector bank BayernLB reported bigger-than-expected losses. There had been speculation that he may have known about the hefty losses for some time.

And on Friday the gravity of BayernLB's situation was surmised by the new Bavarian Finance Minister Georg Fahrenschon: "It is facing the biggest challenge of its almost 40-year history."