As the 14th Art Forum Berlin came to a close at 7p.m. on Sunday night, a TV monitor in the entrance hall projected the results of Germany's federal election. "Everything will be fine," the freshly re-elected Chancellor Angela Merkel said. "Now the real work begins," her potential coalition partner Guido Westerwelle (FDP) added. "We will get stronger," proclaimed defeated Social Democrat (SPD) leader Frank-Walter Steinmeier. And the Left Party prohesied an even better result for themselves at the next election while the Greens promised they would always fight for their goals. 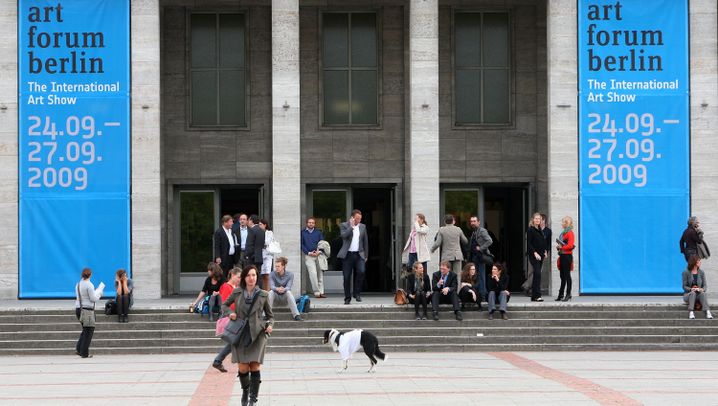 When asked how the Art Forum in Berlin went, many of the gallerists sounded a lot like politicians: upbeat. On the whole the fair was "really good", the atmosphere was great, many "good discussions" were held and "good contacts were established." The sales were "satisfactory" and pieces "sold well." One gallerist from New York says that he would be returning home with less than he came with -- he didn't specify whether he meant dollars or artworks.

"The quality still needs to be improved, the Berlin fair has potential," Frankfurt-based gallerist Bärbel Grässlin says. And one needs to bear in mind that the acquisitions and choices the galleries made came at the same time as the low point in the global financial crisis, she says. Grässlin hopes that there will be more cooperation with larger art institutions in the future and that the fair will be more visible to both collectors and the city's inhabitants. Unlike other cities, Berlin does not have an "established upper middle class" with wealth enough to carry an entire art fair. The Art Forum also needs to become more international, she added.

Tension Ahead of a New Beginning

Much of the art on display was in the lower and middle price range. Most galleries showed a "a bit of everything" and very few chose to focus on only one or two artists. For example, the French-Austrian gallery Ropac brought important works from its exhibition Art & Language, with pieces ranging from 1965 to 2007, from the moderately priced (starting at around at £27,000 (€29,500, $43,000). Among them were collaborative works by the artists Arnulf Rainer and Dieter Roth. These included photography that had been painted over. Only one was sold.

On the other hand, painted light boxes by Phillip Fürhofer at from the Berlin gallery, Lena Brüning, which cost between €4,000 and €8,000 were almost sold out. And there were pleasant discoveries to be made too: for instance, drawings by the American artist Channa Horwitz, who is relatively unknown in Germany, at the Aanant & Zoo gallery also of Berlin.

The 14th Art Forum Berlin had been eagerly awaited in the capital's art scene. A lot of gallerists had been unsatisfied by how the art fair was managed in the past and the two new chiefs, Eva Maria Häusler and Peter Vetsch, stood for a new beginning. Both had worked for Art Basel, generally acknowledged as the world's top art fair, for 10 years.

And a new beginning there was: Most of the renegade galleries, like Klosterfelde and neugerriemschneider decided to return this year. Häusler and Vetsch expanded the programme to include older -- and not only modern -- art and they got rid of invitations to art collectors that were piad for by the fair. Instead they established a VIP program which included visits to studios and the homes of local art collectors.

Perhaps that was too enticing. All too often you heard weekend visitors saying things like "I won't make it to the fair," or "just a quick visit to the fair." Important collectors like Harald Falckenberg, Friedrich Christian Flick and Julia Stosckek were in town -- but not at the fair. One participating gallerist called it "rude and ignorant" that they didn't show up at the fair -- especially for the exhibitors who had travelled so far to be here. The fair program was also criticized as having been "too exuberant" -- invitations to private collections had distracted from the actual fair, critics said.

Thanks to art, there was a lot else going on in Berlin. This ranged from a Mark Morrisroe exhibition courtesy of the Ringier collection, to an exhibition in the Berlin Academy of Arts -- initiated by gallerists and called "abc-def" -- as well as the awards ceremony for the important Nationalgalerie Prize for Young Art worth €50,000 complete with a huge party. Other events not to be missed were the Ceal Floyer exhibition at the Kunstwerke Institute for Contemporary Art, the Thomas Demand show at the Nationalgalerie and "Die Kunst ist super" (or "The art is super") at the Hamburger Bahnhof galleries, the first under new director Udo Kittelmann.

On top of that there were also two other art fairs, new galleries were opening, old galleries were celebrating moving to new venues. There were aslo podium discussions about the need for an public art gallery, or Kunsthalle, in the center of Berlin. This is one of Berlin mayor Klaus Wowereit's pet projects and he also took part in the discussion.

The conclusion: Art in Berlin is "super" although the business around it is just "OK." Still, in the current economic climate, that was reason enough for most art lovers to celebrate. 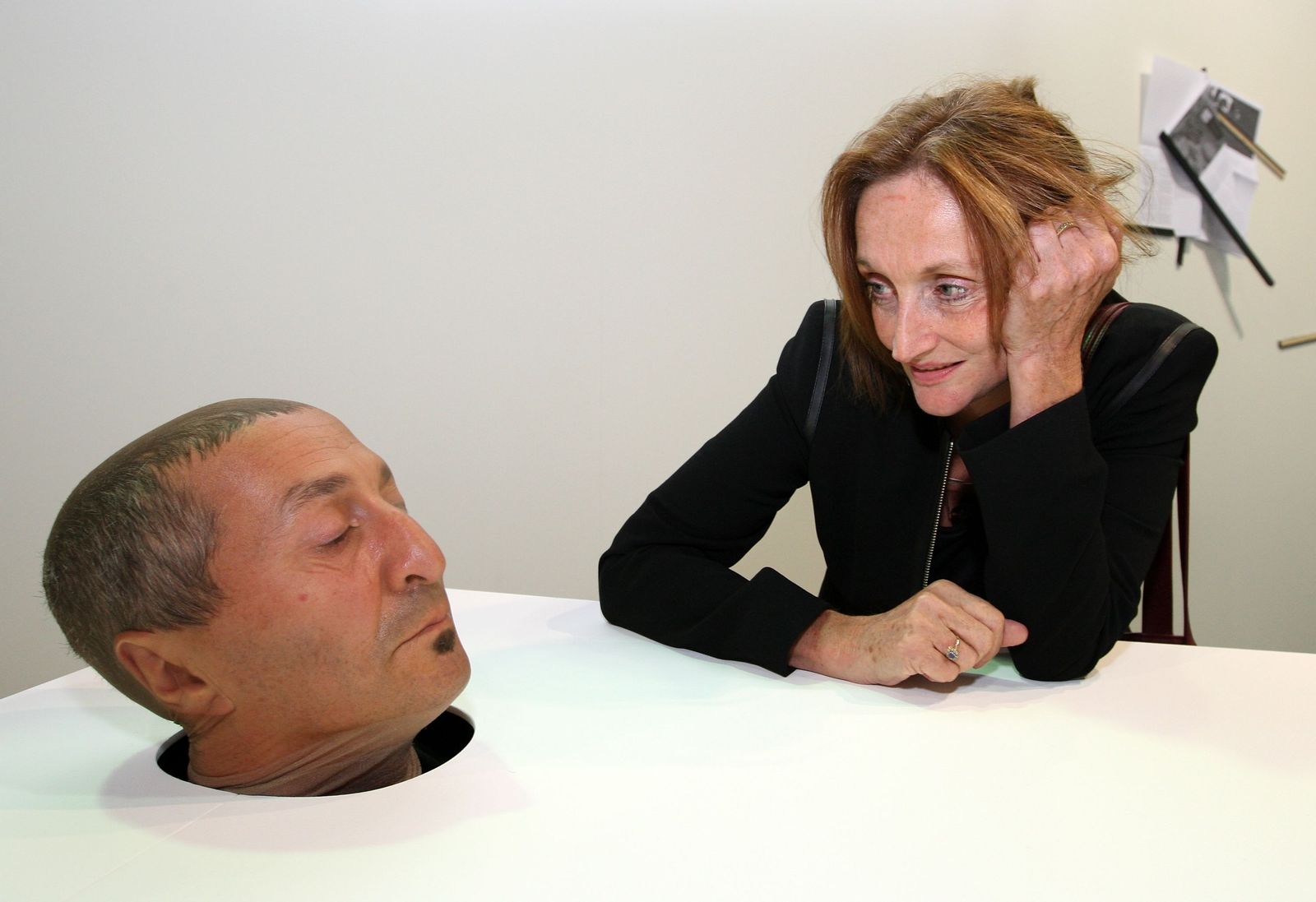 A work by artist Giovanni Morbin at the 14th edition of Art Forum Berlin.

The installation 'Rob' by Giovanni Morbin, during the opening of the fair. 130 galleries exhibited their work at this year's fair.