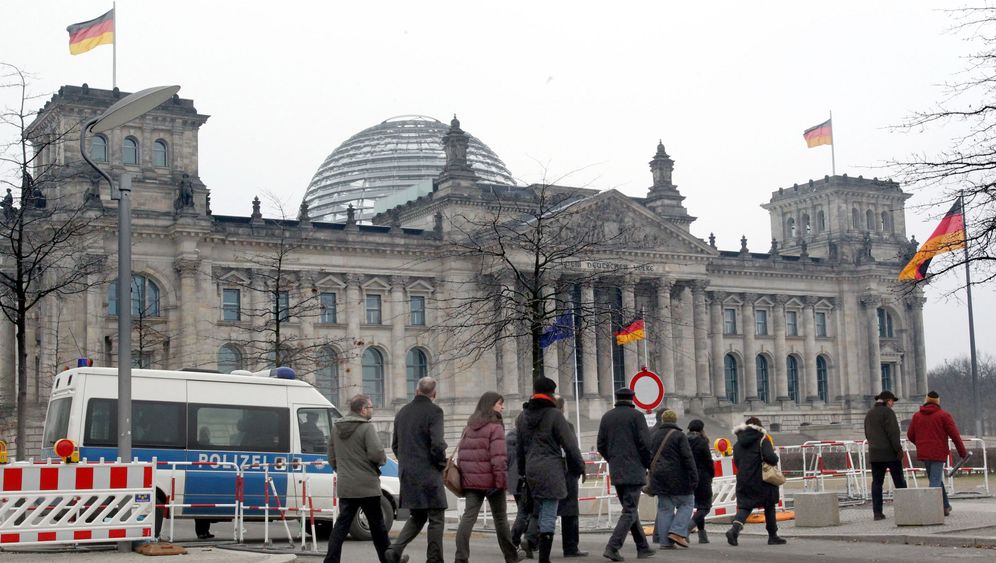 Photo Gallery: A View on Berlin

The famed glass dome of Germany's parliament building, the Reichstag, will soon once again be open to tourists.

One of the capital's most popular and dramatic tourist destinations, the Reichstag cupola was closed to most tourists last autumn following concerns about a possible Mumbai-style terrorist attack on the building. Since then, only groups that have registered in advance have been able to enter the dome. Other disappointed visitors have been greeted with signs in German, English, French and Spanish indicating that the cupola is closed.

Starting April 21, however, individual tourists who have registered at least two workdays in advance by Internet, mail or fax, will be able to visit the dome. It will be open daily from 8 a.m. to midnight, with the last permitted entrance at 11 p.m.

Designed by the British architect Sir Norman Foster, the dome offers spectacular 360-degree views of Berlin, and a birds-eye glimpse of the workings of the Bundestag. A keen eye might even be able to make out German Chancellor Angela Merkel in the distance.

Officials expect a large demand for the bookings, and plan only to issue visiting times for the next two months, to prevent all of the appointments from being taken too far in advance.

Germany slowly began to retract the massive terror warning in February after doubts grew about the credibility of an informant whose testimony was partly responsible for the alert in November.

For months, and at great expense to the government, submachine-gun wielding police officers sealed off an area several blocks large around the country's parliament buildings. The move introduced strict controls in areas that are often open to the public and draw thousands of tourists each day. Although security remains tighter than normal, the police presence has visibly diminished in recent weeks.