US President Barack Obama isn't arriving in Berlin for his first presidential visit to the German capital until next week. But the city is already bracing itself for a massive security effort, including measures much tighter than when Obama visited five years ago as a presidential candidate.

At that time, Obama spoke before an enthusiastic crowd of some 200,000 people in front of the city's Siegessäule, or "Victory Column," with throngs of people stretching down one of Berlin's central boulevards, the Strasse des 17 Juni.

Next week, Obama will be speaking in front of the Brandenburg Gate, like Bill Clinton and Ronald Reagan before him, to a crowd of several thousand invited guests.

The square facing the Brandenburg Gate, Pariser Platz, will be closed to normal traffic for an entire week, beginning on Friday. And Berlin will be under the highest security level, 1+, according to the news agency DPA, which involves snipers on rooftops, sealed-off manhole covers, bomb-sniffing dogs, numerous street closures and larger security zones.

On June 19, when the US president is scheduled to speak at the Brandenburg Gate, all doors and windows facing the square will be closed, and no one will be allowed on balconies or terraces.

The police have not given specific details on the security measures for the visit. But during other high security visits, divers have searched the Spree River, which runs through the center of the city, and the airspace over Berlin has been closed, according to DPA.

Thousands of additional police officers will be in the German capital to help with security -- the mass-circulation Bild daily says 8,000 -- with the areas Obama and his family will be visiting receiving special attention. Residents in the high-security zones, such as Pariser Platz and around the Charlottenburg Palace, where he will be having dinner on Tuesday night, will be required to show police their ID and, in some cases, will be escorted by police to their apartments.

Berlin police officials have declined to provide details regarding their security plans, saying merely that they are "well prepared." A police spokesman told DPA that even officers involved in the security measures are only told their precise duties on the day of the visit so as to avoid information leaks.

The US first family will reportedly be staying at the Ritz Carlton Hotel, at one of the city's busiest locations, Potsdamer Platz, which is not far from the Brandenburg Gate. A spokeswoman for the hotel told DPA that hotels have "different security levels, and we have the highest possible." On his last visit to Berlin, Obama stayed at the Hotel Adlon, which sits on Pariser Platz near the US Embassy.

Residents near Berlin's Tegel airport can also expect heightened security and street closures when the US commander-in-chief arrives Tuesday evening. 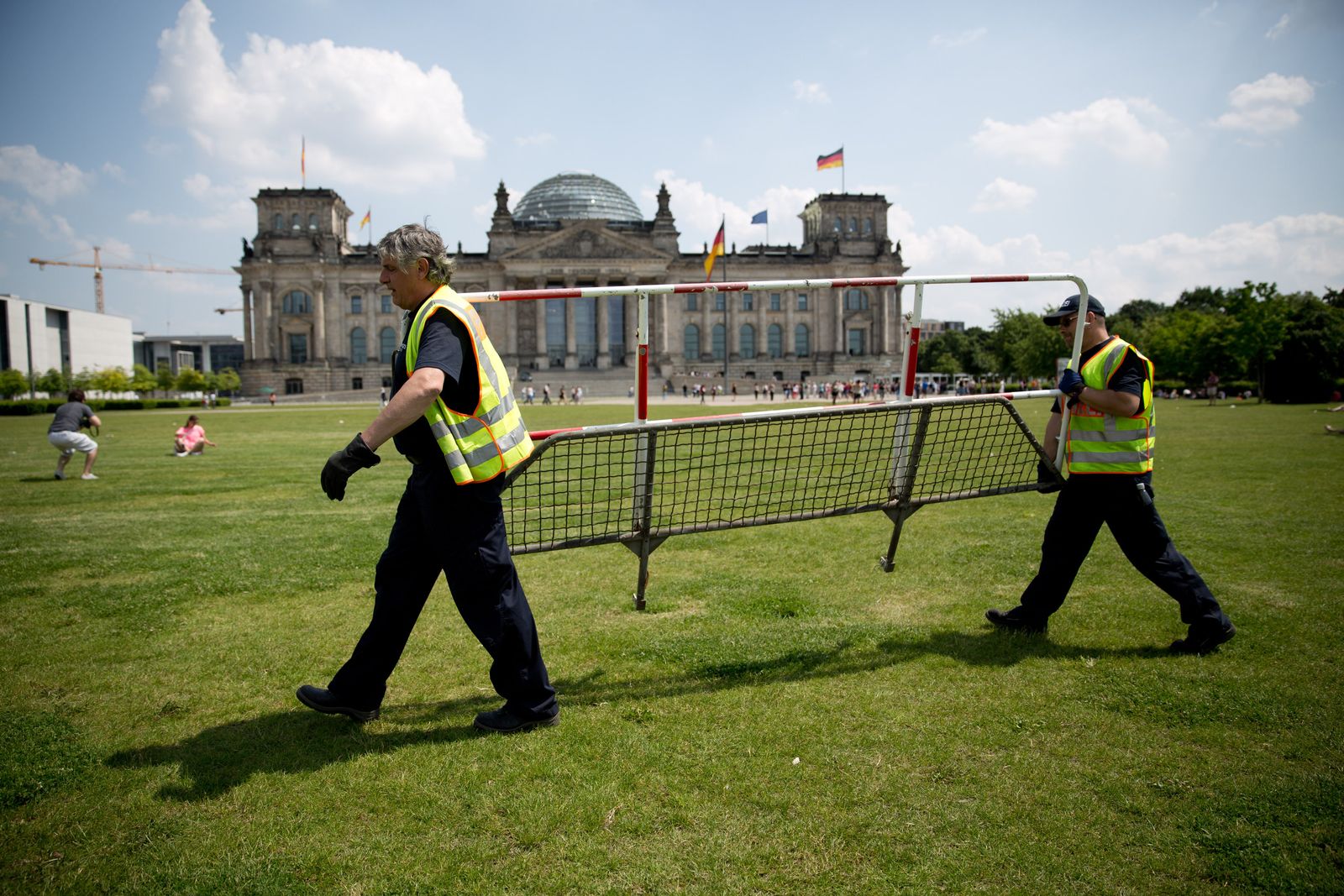 Police officers put up fences near the Reichstag in Berlin ahead of US President Barack Obama's visit on June 18 and 19.