A man who sometimes likes to dress as Santa Claus continues to haunt Berlin Christmas markets this week, offering drinks spiked with what is believed to be the drug liquid ecstasy to unsuspecting revelers. Police have been trying to hunt down the man the tabloid press here have dubbed "Bad Santa" for over a week now, and on Wednesday they released a composite sketch of the suspect based on descriptions provided by witnesses.

The perpetrator is believed to be a German man between 40 and 45 years of age, around 1.8 meters (5 feet 11 inches) tall and with dirty blonde hair.

"Bad Santa" last struck at the Alexanderplatz square Christmas market on Monday, bringing the total number of victims to 13. The victim this time was a 21-year-old man who became nauseous after consuming a drink offered to him by a stranger. "I joked with him that I hoped he didn't want to poison us," the young man, who had been aware of the recent round of drinks-spiking at Berlin Christmas markets, told the mass-circulation Bild newspaper. "I then took a few large sips of the vodka energy drink and the guy said he had a phone call to make. Then he disappeared." The man said he grew sick a short time later while riding a commuter train. "I remember vomiting and spitting up blood," he told the newspaper. "Then the ambulance arrived."

After experiencing nausea because she drank a cup of mulled wine offered to her by a stranger on Saturday night, a 39-year-old woman also contacted the police. The victim said she had gone to the market around 10:30 p.m. with friends when a man offered her mulled wine in a paper cup. A police spokesperson said that the woman and a 43-year-old man both drank spiked beverages.

A number of similar cases were reported last week. The incidents have taken place at a handful of markets, but most of the attacks have been near the city's central Christmas markets. Police now believe one man may be behind the crimes. In some cases, the man is said to have told unwitting victims he wanted to toast the birth of his daughter. So far, two victims have required brief hospitalization. None has been older than 33 years of age.

Worried the news could lead potential visitors to avoid the markets, market operators are also joining the police in searching for "Bad Santa." Charles Blume, the organizer of a Christmas market at Alexanderplatz, has offered a €1,000 bounty for the man. "The money should help us to capture this guy," Blume told SPIEGEL ONLINE. "This dirty and cowardly behavior has to be stopped." Blume also said security had been doubled at the market in response to the incidents.

Local newspapers have reported the presence of liquid ecstasy in the drinks. Also known as GHB, liquid ecstasy can be used as a so-called date rape drug. Even in small quantities, it can lead to poisoning symptoms when mixed with alcohol. Police said they could not release the exact contents of the spiked drinks because of the ongoing nature of the investigation.

Police have, however, offered some practical advice for visitors to Berlin Christmas markets, urgently warning "against accepting and consuming drinks offered by strangers." Police have also asked Christmas-market visitors to immediately report any suspicious activity to the people operating the nearest stand as well as security personnel. 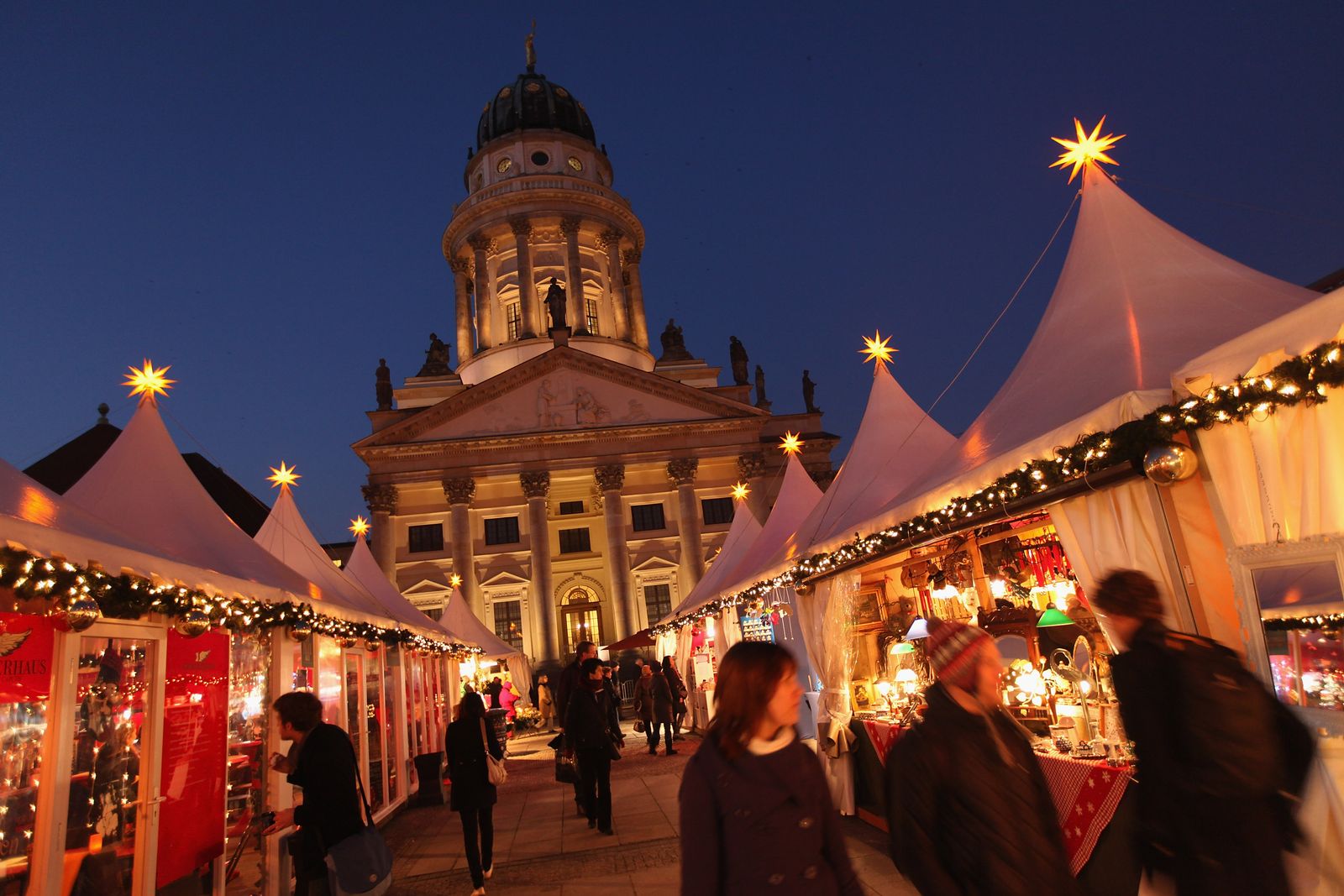 For over a week now, a man in Berlin has been seeking out victims at local Christmas markets, offering them mulled wine and spirits spiked with substances.