Calling it an energy revolution is an understatement. Across the United States, hydraulic fracturing -- or fracking -- has opened up new deposits of shale gas and has dramatically increased the amount of natural gas and oil produced in America. Indeed, there is so much fracking activity in North Dakota that, viewed from space, gas burn-offs make it look as if the sparsely populated region has suddenly become home to a vast megalopolis.

Such a boom, as became clear on Monday, is not in Germany's future. Environment Minister Peter Altmaier, of Chancellor Angela Merkel's conservative Christian Democratic Union, and Economics Minister Philipp Rösler, head of Merkel's junior coalition partner, the business-friendly Free Democratic Party, have reached agreement on far-reaching regulations for the fracking industry. Once the deal becomes law, shale-gas deposits near drinking water aquifers will be prohibited. Furthermore, drilling companies will be forced to fulfil strict environmental regulations. Still, the measures would effectively remove what has widely been seen as a hold on fracking in Germany.

The deal is consistent with assurances issued by Altmaier after SPIEGEL reported earlier this month that the government was interested in creating clear parameters for the practice. "We want to restrict fracking, we aren't trying to promote it," he told German public radio two weeks ago, adding that he can't imagine that "fracking will be allowed to take place somewhere in Germany in the foreseeable future."

Fracking involves injecting a high-pressure mix of water, chemicals and sand deep into the ground to free up natural gas deposits trapped in rock formations. Little is known about the potential long-term environmental effects of the method, but profits, as the fracking boom in the US has demonstrated in recent years, can be substantial. The result has been an ideologically loaded debate and a confusing array of regulations that differ on a state-by-state and, sometimes, even a locality-by-locality basis. The White House is currently reviewing regulations for federal lands.

Decision Expected Before the Elections

Germany's Federal Institute for Geosciences and Natural Resources estimates there is between 0.7 and 2.3 trillion cubic meters of natural gas to be found in the country, enough to cover German demand for up to 13 years. But some 14 percent of those reserves are in areas near aquifers, making them unexploitable under the newly agreed upon rules.

It remains unclear when Merkel's government plans to introduce a fracking law for consideration in parliament, but it seems likely the chancellor will move on the issue well before elections this autumn. Center-left opposition parties have voiced their extreme skepticism of the practice and have used their majority in the Bundestag, Germany's upper legislative chamber, to demand that environmentally suspect chemicals used in fracking be completely banned until their possible negative effects have been exhaustively researched.

Still, a new law could clear the way for limited fracking in Germany. ExxonMobil, together with the German natural gas company Wintershall, is hoping to undertake test drillings as soon as possible. Thus far, however, test drillings have been the extent of hydraulic fracturing activity in the country. And it seems likely to remain that way for some time. 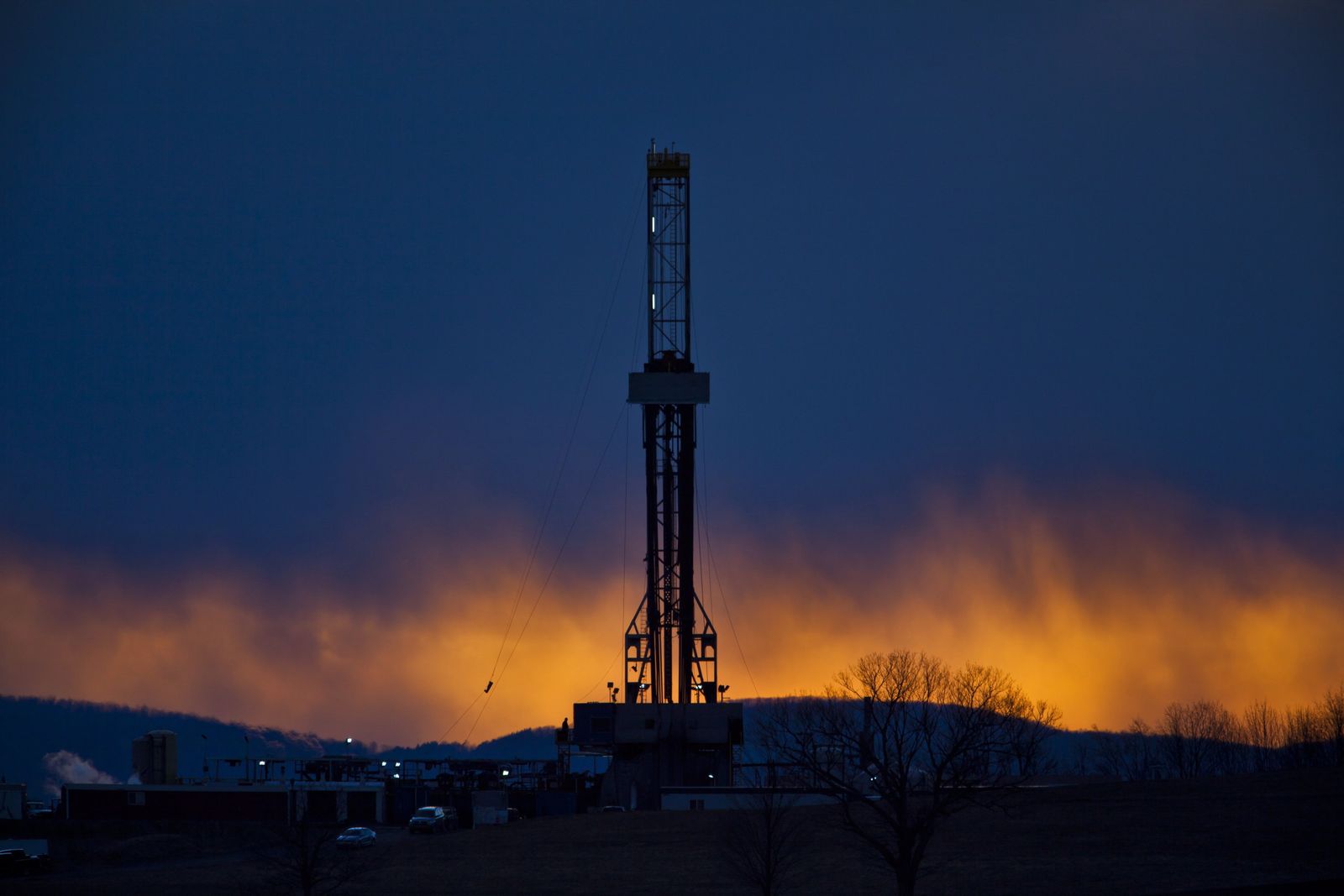 A fracking rig in Pennsylvania. Germany is wary of the technology.