The order from Washington was unambiguous. The United States Embassy in Berlin didn't want to waste any time and moved to deliver the diplomatic cable without delay. It was May 10, 2015, a Sunday -- and even diplomats aren't crazy about working weekends. On this day, though, they had no other choice. James Melville, the embassy's second-in-command, hand delivered the mail from the White House to Angela Merkel's Chancellery at 9 p.m.

The letter that Melville handed over to Merkel's staff contained the long-awaited answer to how the German federal government could proceed with highly classified lists of NSA spying targets. The so-called "selector" lists had become notorious in Germany and the subject of considerable grief for Merkel because her foreign intelligence agency, the BND, may have helped the NSA to spy on German firms as a result of them. The selector lists, which were fed into the BND's monitoring systems on behalf of the NSA, are reported to have included both German and European targets that were spied on by the Americans.

The letter put the German government in a very delicate position. The expectation had been that the US government would flat out refuse to allow officials in Berlin to present the lists to members of the federal parliament, which is currently investigating NSA spying in Germany, including the eavesdropping of Merkel's own mobile phone. But that wasn't the case. Instead, the Americans delivered a more differentiated letter, making it all the more interesting.

Nevertheless, the German government remained silent about the letter's existence. It disposed of all queries by saying that talks with the US on how to deal with the lists were still ongoing. The government kept giving the same reply whenever journalists from SPIEGEL or other media asked if it had received an answer from the Americans.

On May 11, for example, one day after Chancellery officials received the letter, Merkel's spokesman Steffen Seibert responded to a query by saying: "The heads of the Parliamentary Control Panel (responsible for parliamentary oversight of Germany's intelligence agencies) and the NSA investigative committee are all being informed about all relevant things in the context of this consultation process." Is it not relevant when the US government provides its first official response to the Germans' request to present the lists to parliament?

Two days later, on May 13, Seibert was asked explicitly by a reporter whether there had been any new developments on the NSA issue. "I have nothing new to report," the government spokesman answered. At the very least, his reply was a deliberate deception of the public by the government. The letter, after all, didn't come from just anyone -- it came from US President Barack Obama's White House chief of staff, Denis McDonough. A letter from such a high-ranking official is most certainly a new development. When questioned by SPIEGEL on the matter, the German government responded that "it would not publicly comment on confidential communications with foreign parties."

Several sources familiar with the contents of the letter claim that in it, Obama's people express their great respect for the parliamentary oversight of intelligence services and also accept that the committee will learn more about the NSA target list. At the same time, the letter also includes the decisive requirement: that the German government had to make sure no information contained in the target lists went public.

Keeping the Public in the Dark

The demand created a dilemma for the government. It meant, on the one Hand, that Merkel's Chancellery could no longer hide behind the Americans as an excuse to withhold the information from parliament. On the other hand, the Chancellery didn't want to take the risk of sharing the lists with members of the Bundestag because doing so, they worried, would create the risk that someone might then leak them to the media.

Merkel and her people instead deliberately kept German citizens and members of parliament in the dark about the Americans' position. Almost two weeks after receipt of the letter from Washington, Merkel's chief of staff, Chancellery Minister Peter Altmaier, informed the heads of the NSA investigative committee in a highly confidential meeting of an answer by the Americans, but he implied it had been vague, and there was no mention of any willingness on the part of the US government to allow the German parliament to clarify the issue. Instead, Altmaier argued that Washington had listed a number of legal concerns. He said it was unlikely further discussions would lead to any green light.

When the German weekly Die Zeit reported 10 days ago that the Americans had given their okay for the release of the lists, Altmaier responded: "We could have spared ourselves a difficult debate if permission to pass (the lists) on had actually been given by the US." Altmaier clearly attempted to skirt the question of whether the US had made any statements on the issue.

Officials in the Chancellery are now doing their best to portray the McDonough letter as a kind of kick-off in German-American consultations on how to deal with the selector lists. After receiving the letter, Chancellery Minister Altmaier had a number of exchanges with his US counterpart by phone and email. In addition, Klaus-Dieter Fritsche, the Chancellery's intelligence coordinator, also spoke several times with the Americans.

Berlin's approach to the negotiations says quite a bit about the outcome one should expect. Officially, the German government is asking for permission to release the selector lists without the application of any restrictions by the US government. It had to have been clear to everyone involved that a demand like that would be unrealistic, but in this instance, the government didn't want to risk making any mistakes. Within the Chancellery, officials then agreed that any time they were approached with questions, they would always answer that the consultations were still in progress -- even if a decision had already been made.

Pushback from the Opposition

"The Federal Chancellery is doing exactly the opposite of what Merkel promised," criticizes Konstantin von Notz, the Green Party's representative on the NSA investigative committee. "Instead of clearing things up, things are being concealed behind the scenes, also using improper means."

As the course of the NSA scandal showed, Merkel and her people already have practice when it comes to cover-up attempts. During her election campaign in 2013, Merkel created the impression for months that there was a chance Germany might be able to reach a no-spy agreement with the US. Throughout, the White House signaled behind the scenes that it would never agree to one, but the German government told the public nothing about these discussions.

Now, a special ombudsman is supposed to steer the government out of the difficult situation in which it finds itself. It's an idea that originated with Altmaier. Rather than providing the selector lists to the NSA investigative committee in parliament, they will instead be viewed by Kurt Graulich, a former justice with the Federal Administrative Court. Altmaier's hope is that this path will prevent details from being leaked to the press.

The opposition parties in parliament are against the idea. And why shouldn't they be? In recent years, the Chancellery has done everything in its power to downplay spying by US intelligence services on Germany. Altmaier's predecessor, Ronald Pofalla, even went so far in August 2013 as to say that the NSA scandal had been "cleared up." The revelation, arguably the biggest, that Merkel's own mobile phone had been tapped by the NSA followed two months later. Now the Green and Left parties want to prevent the government from choosing its own inspector. They are considering a legal challenge at the Federal Constitutional Court to stop Merkel's government. 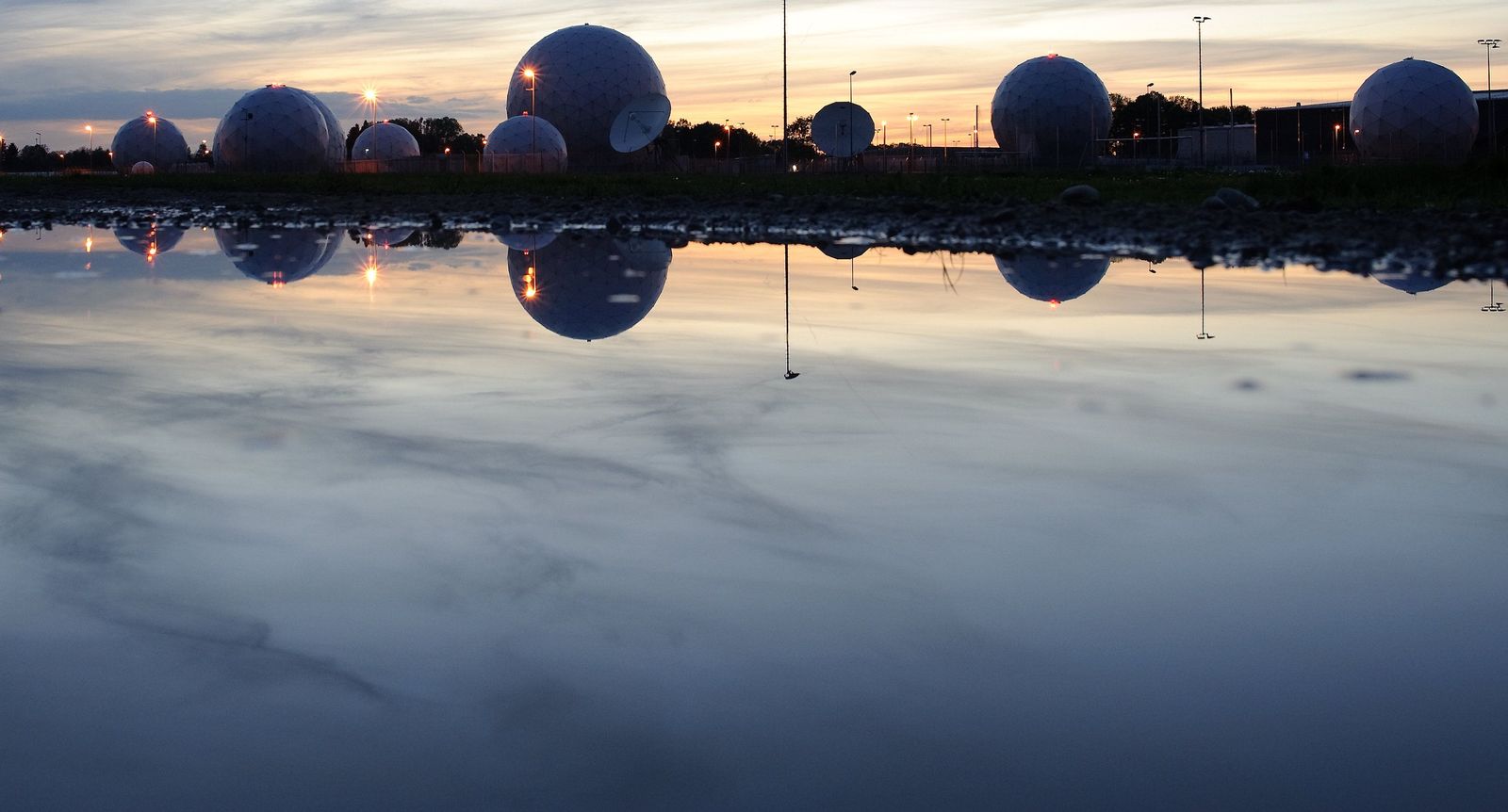 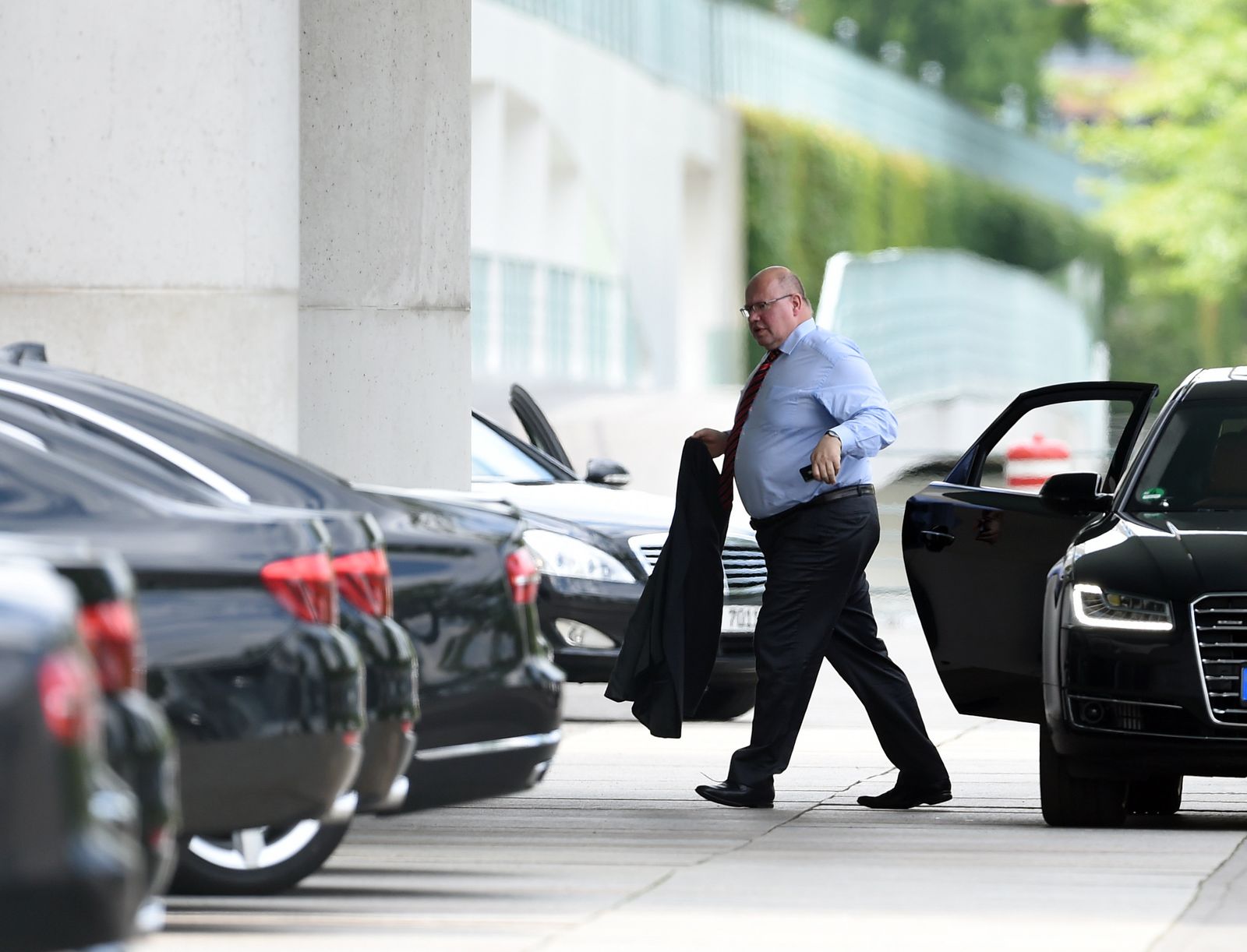 Chancellery chief of staff Peter Altmaier: "We could have spared ourselves a difficult debate."