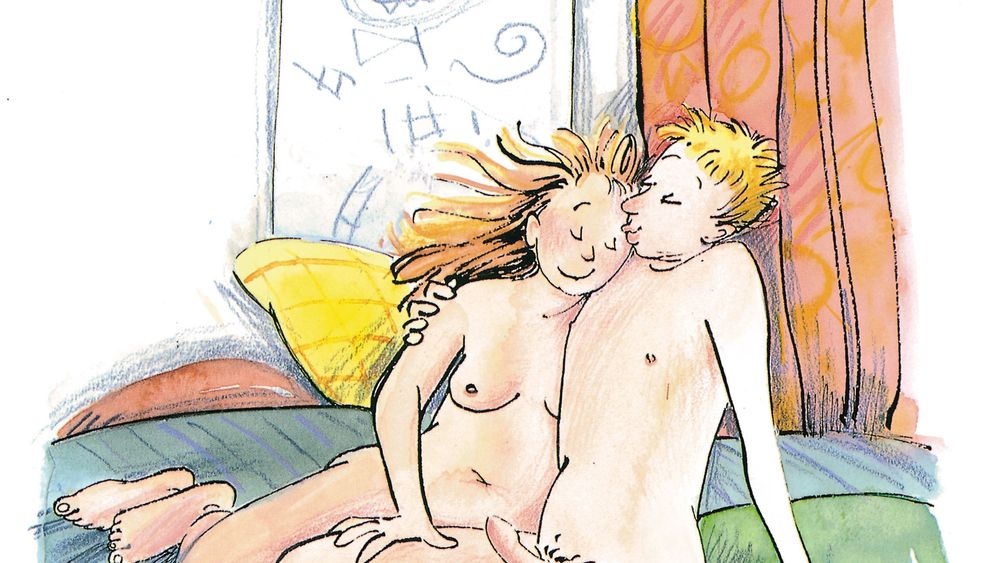 When it comes to sex, Germans are not known for being squeamish. Yet a sex-education book that has been circulating in Berlin elementary schools has some parents up in arms.

The book, "Where Do You Come From?" ("Wo kommst du her?"), which is recommended for ages 5 and up, shows a couple, Lisa and Lars, in various stages of arousal. In one illustration, Lisa puts a condom on Lars' erect penis. Another shows them having intercourse. The text also veers toward the explicit.

"When it's so good that it can't get any better, Lisa and Lars have an orgasm," it reads. And, finally: "The vagina and penis feel nice and tingly and warm."

The book was shown to first-graders at an elementary school in the Berlin neighborhood of Kreuzberg. Parents began to complain about the racy content, but the school did nothing -- until it was reported in the local press and the Berlin Senate, the city-state's administrative body, began receiving complaints.

Now several conservative politicians have commented on the incident. Monika Grütters, a representative in Germany's parliament, the Bundestag, for Chancellor Angela Merkel's center-right Christian Democratic Union (CDU), told German daily newspaper Die Welt that when it comes to sex education, she would warn against "unnecessary zeal." Dorothee Bär of the Christian Social Union, the CDU's Bavarian sister party, told Die Welt that: "Sex education should accompany the development of children, but not speed it up."

School administrators have confirmed that the book is still available at the school but noted that it is "not accessible to the children."

"Where Do You Come From" was first released in 1991 by the German publishing house Loewe Verlag, in cooperation with family planning organization Pro Familia, and it quickly became one of their most popular titles on the subject. A representative from Loewe told SPIEGEL ONLINE that the book will not be reissued, however, because "the text and illustrations are no longer up to date." Instead, the publisher is replacing it with a less explicit book by the same illustrator titled "Was I in Mommy's Stomach, Too?"