Here's a status report on European asylum policy: Bulgaria is keeping refugees out with barbed wire fencing along its border to Turkey. Hungary has declared a state of emergency and is shoehorning asylum-seekers into special trains to Austria. Germany has instated border controls. And in Brussels, EU countries are squabbling over mandatory refugee quotas.

Even before German Chancellor Angela Merkel and her Austrian counterpart Werner Faymann delivered their stern call for European solidarity in Berlin on Tuesday, it was plain to see that the bloc's asylum policy is failing.

For years, the weaknesses of the system have been glaring.

Article 16a of the German constitution guarantees the right of asylum to persons persecuted on political grounds. But the government long ago added a few conditions.

It put in place a Darwinian system along Europe's external borders, with asylum law only applying to those who actually reach EU territory. But this is made virtually impossible by European border policy. EU states have erected fences along their edges and built walls designed to deter refugees. There are no safe, legal ways of reaching Europe for people fleeing countries such as Eritrea, Syria and Iraq. They are left with no choice but to pay human smugglers and make the journey in flimsy boats and overcrowded trucks to Europe before they can claim asylum.

If good fortune and hard cash gets them there, the Dublin Regulation then forces them to remain in the state where they first entered the EU. Not even asylum-seekers whose claim has been approved are at liberty to travel. The upshot is that refugees end up festering away in reception centers in Hungary, Bulgaria and Italy amid conditions that organizations such as Human Rights Watch deem deplorable.

For years, Germany was perfectly content with this system. It allowed Berlin to parade a generous asylum law without ever actually having to take in many refugees. In 2007, only 19,000 people applied for asylum in Germany.

But Berlin can't keep lying to itself. Wars in Iraq and Syria, as well as ongoing crises in Eritrea and Libya, have altered the system at a fundamental level. People have become so desperate that not even the most restrictive asylum policy is enough to stop them from migrating. Their sheer numbers have now toppled the cynical EU border regime.

Berlin needs to make a decision. It could completely revise its asylum policy, which would entail ambitious resettlement programs, the option of applying for asylum through a country's embassy and the creation of sufficient legal paths for refugees to Europe. The Dublin Regulation would be replaced by a system whereby all European countries would take in a share of refugees. The EU would have to guarantee that member states not systematically circumvent the minimum standards for refugees by applying the threat of sanctions in the event they violate them.

Reforming the asylum system would incur higher costs for Germany and require greater efforts to be made to integrate new arrivals. But the resources are there. In the first half of 2015, the German state earned more than €21 billion ($24 billion) more than it spent. The difficulties in processing refugees experienced these days by authorities in places like Munich, Dortmund and elsewhere are not so much symptomatic of any bottom-line inability to help but more the result of the federal interior minister's mismanagement. This spring, Thomas de Maizière formulated Berlin's asylum policy on the basis of obviously inaccurate figures.

The alternative to reforming the asylum law is to do away with it. The German government could admit that it's nice in theory, but that Berlin is unable or unwilling to actually implement it under the current difficult circumstances. This would amount to a betrayal of all the values Germany claims to hold dear. But it would be more honest than the current system of organized hypocrisy. 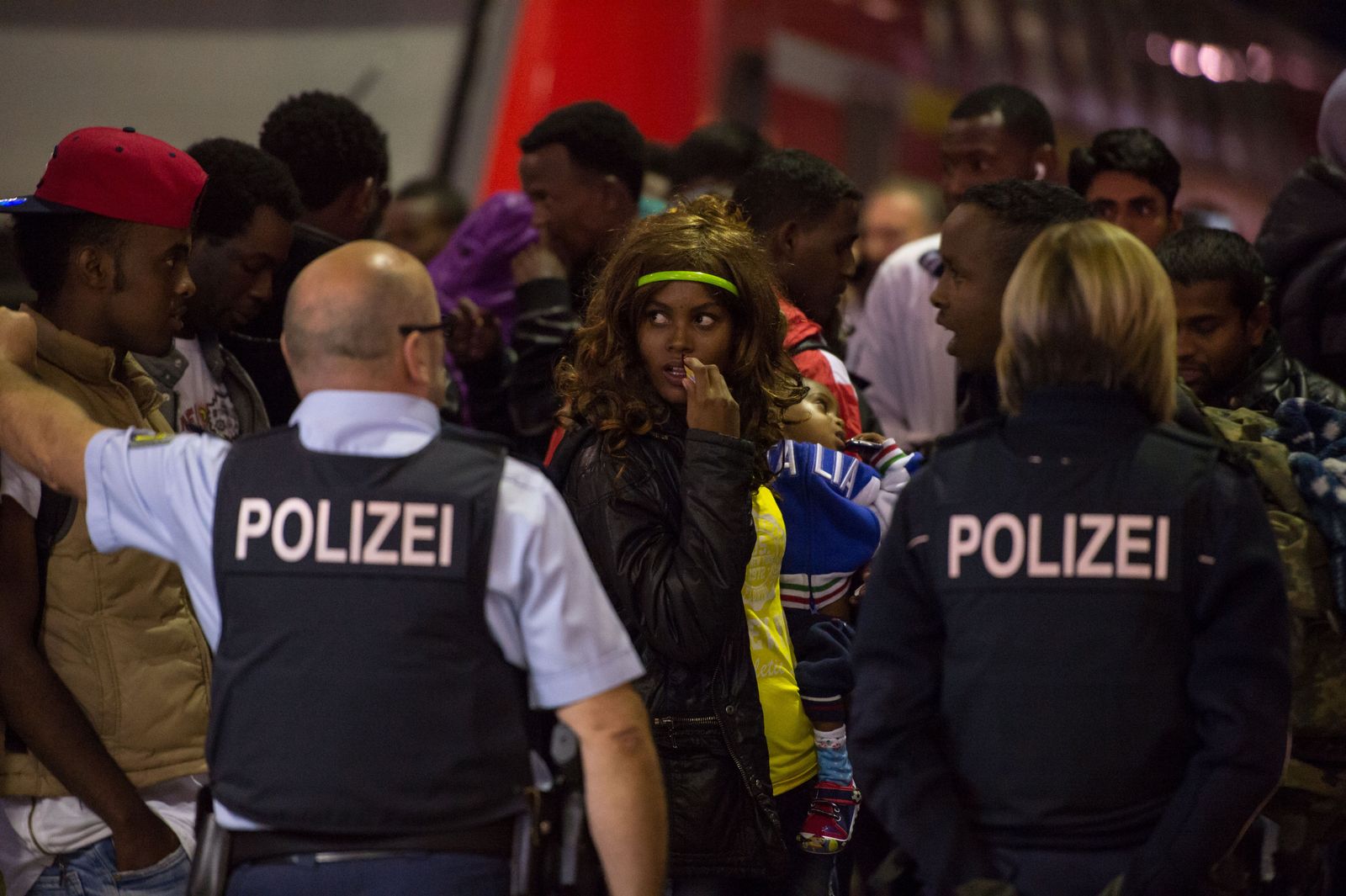 Another 1,000 refugees are expected to reach Munich on Wednesday.