Berlin officials and members of the city's Jewish community have expressed outrage after a 53-year-old rabbi was attacked in Berlin Tuesday evening as he was walking down the street with his six-year-old daughter.

The rabbi, who was wearing a yarmulke at the time, was reportedly approached by a young man who asked if he was Jewish. He then was beaten by the young man and three other accomplices, who local police said were "presumably of Arab heritage." The attackers also reportedly threatened to kill the rabbi's daughter. The rabbi suffered head injuries and was treated at a hospital for a broken cheekbone.

Berlin Mayor Klaus Wowereit, of the Social Democrats (SPD), and his Interior Minister Frank Henkel, of the conservative Christian Democrats, called it a "brutal" and "cowardly" attack.

The four alleged attackers have not been arrested. The attack took place on a tree-lined street in the western Berlin neighborhood of Friedenau, in the so-called "painter's district," where the streets are named for Rembrandt, Rubens and Cranach.

Walter Rothschild, a rabbi in Berlin, told RBB news radio that the attack represented a "new dimension." He said he has been attacked and has received abusive emails, and no longer wears yarmulkes, also called kippas, in public.

Dilek Kolat, Berlin's state senator for labor, integration, and women's affairs, called for vigilance and civil courage against anti-Semitism following the attack. Kolat, a German of Turkish origin, issued a statement in which she said she was "shocked at the level of violence and the brutality of the attackers, who did not hold back from intimidating a young child." She called for long-term campaigns against racism and anti-Semitism.

The president of the Jewish Community in Berlin, Gideon Joffe, told the Berlin daily Der Tagesspiegel that verbal aggression against Jews in the city had increased. The Jewish Community plans to set up its own databank for logging anti-Semitic incidents, the paper reported.

In Brussels, the president of the European Jewish Congress (EJC), Moshe Kantor, issued a statement Wednesday condemning the attack in the wake of the murders in Toulouse, France, in March of a teacher and three children at a Jewish school.

"Life goes on in Europe after such events as the Toulouse murders, but for the Jewish community life does not return to normal," Kantor said. "The murders created a gaping wound in our communal psyche which is widened with every additional attack and the lack of a clear, concerted and institutional response means that it will not heal."

Kantor said next week the EJC will host a major gathering of European Jewish and Muslim leaders in Paris, and he hopes that they will issue a joint declaration of condemnation of the Berlin attack. 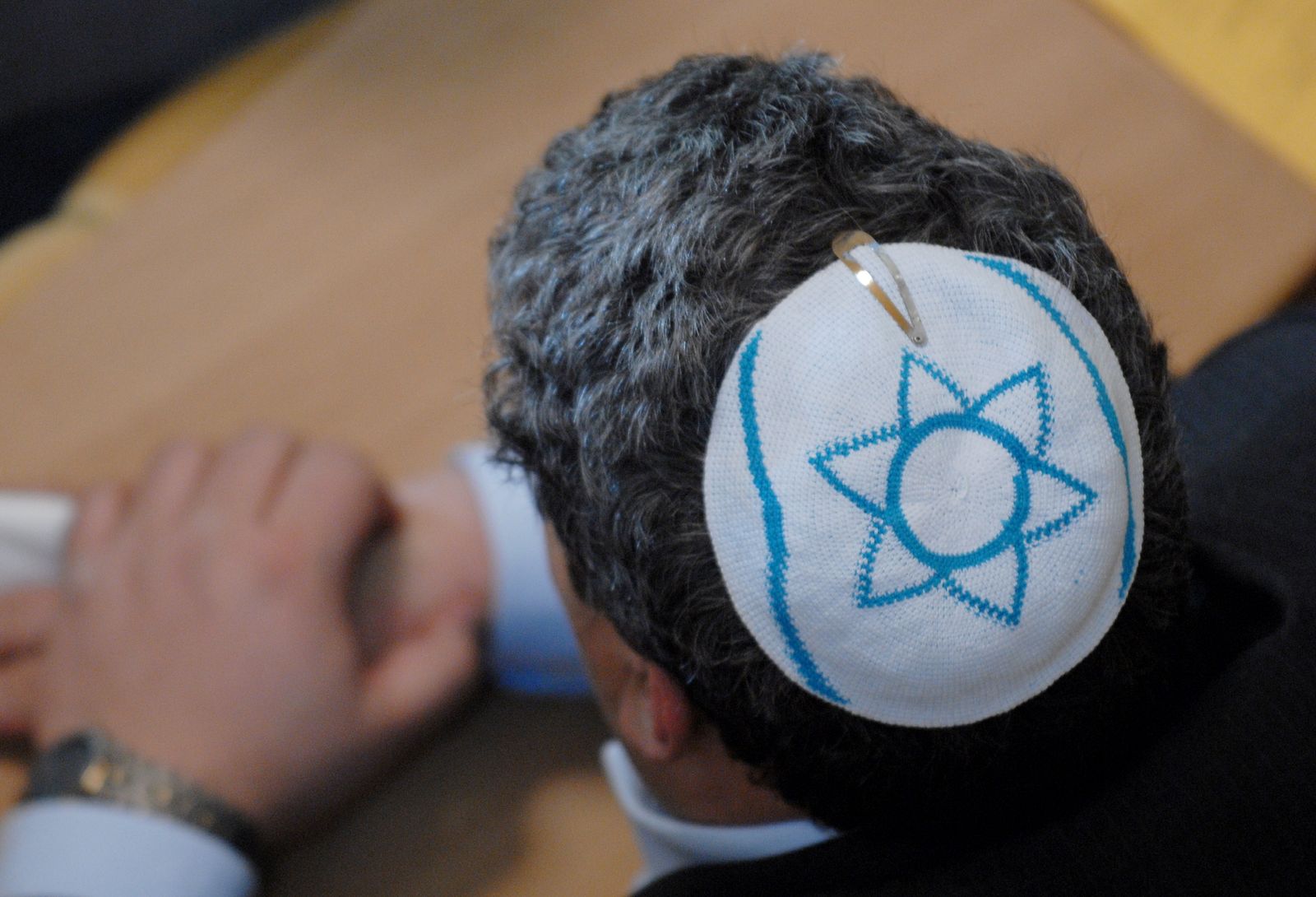 A rabbi in Berlin was attacked on the street Tuesday while wearing a kippa.