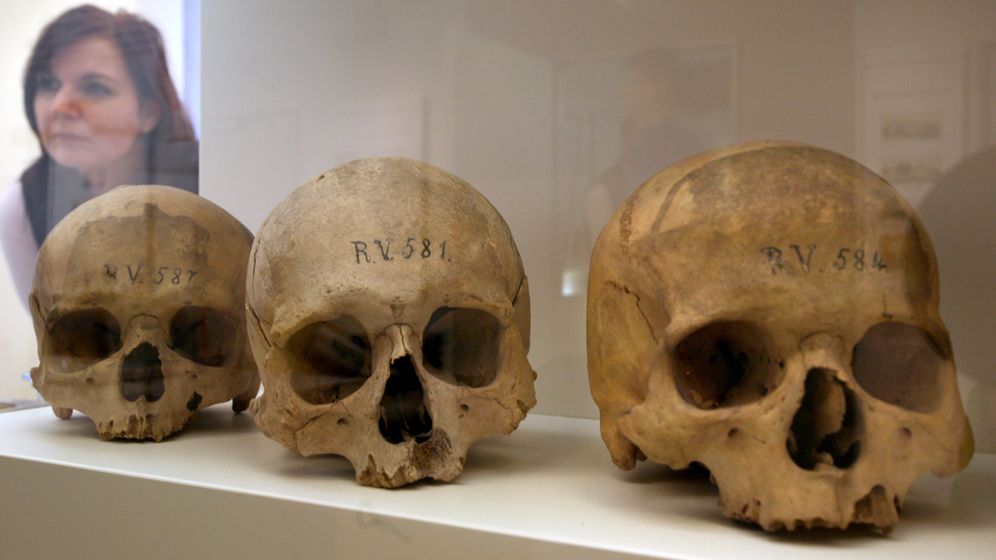 The Berlin Medical Historical Museum at Charité Hospital has to be the creepiest part of the city's rich cultural landscape. According to Director Thomas Schnalke, visitors have even fainted at the sight of some exhibits, falling down and "hitting their heads against the building's stone floor."

The permanent exhibition consists of the deformed brains, tattered hearts and blackened lungs that Rudolf Virchow (1821-1902), the inventor of modern pathology, once preserved in formaldehyde.

But it was Schnalke's turn to be horrified last week, when he received bad news from his bosses. At a recent meeting of the Charité's board of directors, the possibility of shutting down the popular museum was discussed. According to local press reports, the board sought to play down the issue, saying: "There are currently no plans to close the museum." But that's not the whole story.

According to the minutes of its June 28 meeting, the board asked an employee in the administration's finance division to "outline possibilities for future development" by September. As promising as this might sound, it's actually extremely depressing news for Schnalke. Indeed, the options for such "future development" include "shutting down the museum" and "moving the collections to other museums."

Both fans of the famous collection of preserved specimens and hospital employees are outraged over the possibility that the museum might close. "The museum is being abandoned by a board that doesn't realize what a wealth of medical history and irreplaceable treasures it is destroying," says Michael Tsokos, the head of the hospital's Institute of Legal Medicine and Forensic Sciences.

Not Your Everyday Collection

Indeed, Virchow's collection of skulls, organs, fetuses and limbs has no parallel in the entire world. In the mid-19th century, Virchow went on what could only be described as a crazed collecting spree.

He was particularly interested in anatomical abnormalities caused by disease and lingering illnesses that reflected "the varying path of life processes." Over the decades, his collection grew into a chamber of horrors, parts of which continue to form the core of the museum's artifacts.

In 1899, Virchow began exhibiting his specimens in steel cabinets in a brick building on the banks of the Spree River. They were filled with ghoulish curiosities, such as growths on the knee caused by bone tuberculosis and a human skull perforated by a bullet.

Virchow obtained most of his specimens from patients who had died at Charité Hospital. The agile old man, almost 80 at the time, presented enlarged hearts and cirrhosis-scarred livers as a cautionary tale against the adverse health effects of growing prosperity in the German empire.

After Virchow's death in 1902, his successors continued to diligently collect more specimens for the exhibit. A direct bomb hit late in World War II destroyed most of the collection. In post-war East Germany, the museum remained closed and became little more than a storage room. It wasn't until the late 1970s that the public was once again allowed to view what remained of the collection.

In 1998, when the museum was reopened in its current form, its collection consisted of both Virchow's treasures and curiosities taken from the hospital's patients in the intervening years.

The latter included a famous colon weighing 60 kilograms (132 pounds), which had literally crushed its owner from the inside in the late 1960s. The 32-year-old patient had suffered from fecal stasis, a problem that could have been resolved at the time with surgery. Looking at the colon's tree-trunk sized girth, Schnalke wonders aloud: "Why didn't the man just go to the doctor?"

Many of the collection's treasures remain unknown even to museum staff. "We haven't made our way through the entire collection yet," Schnalke says. The museum's warehouse, which has 800 square meters (8,600 square feet) of floor space, contains all kinds of hidden treasures scattered among amputation saws and teaching diagrams.

But the cataloging effort is moving forward at a snail's pace. "This doesn't even deserve to be called a warehouse," Schnalke complains. "When you walk in, you fall backwards."

Articles from the collection are currently scattered at random in various buildings on the hospital's grounds. The board is trying to use the chaotic conditions against the museum's director. "Schnalke has rented all the warehouse space he could find," says Charité spokeswoman Stefanie Winde. It has only now come to light, she added, how much money Schnalke has been spending in recent years.

Now Schnalke is forced to tolerate a manager that the hospital board has appointed to keep an eye on him. To make matters worse, the board slashed his museum's annual budget by about 25 percent, to €560,000 ($808,000).

Efforts to Save a 'Favorite Child'

The fact that the museum has been relatively successful makes the board's actions all the more surprising. One exhibition alone, a 2009 forensics show entitled "From the Crime Scene to the Laboratory," has attracted an average of 120,000 visitors a year. The museum's ticket sales even cover about a third of its expenses, which is truly a rarity in the highly subsidized world of museums.

Insiders believe it's unlikely that the items in the Virchow collection could actually be distributed among other museums or that a wealthy sponsor will rescue the institution. But one possible solution could be for the museum to sell off some of the items in its inventory, such as highly prized older medical devices and equipment. "There are antique dealers who would salivate over something like that," Schnalke says.

However, the specimens that make up the core of the Virchow collection would be a different story altogether. There isn't much of a market for deformed fetuses and knotted intestines. Indeed, after having once been collected with such passion, the specimens could end up in the hazardous waste bin.

But that point hasn't been reached yet. A secret plan calls for transferring the museum and its collection to the Prussian Cultural Heritage Foundation.

When it comes to Schnalke and the hospital, it would seem unlikely that they will be able to work together effectively in the future. Still, Schnalke could have taken a lesson from Virchow himself in how to deal with your superiors to get what you want.

At a certain point, Virchow's collection of specimens got so large and heavy that it was causing cracks to form in the walls and the floor to sag alarmingly. To address the problem, the energetic doctor had a completely new Institute of Pathology built -- and one that had plenty of space for the cabinet of horrors, or what he called his "favorite child." 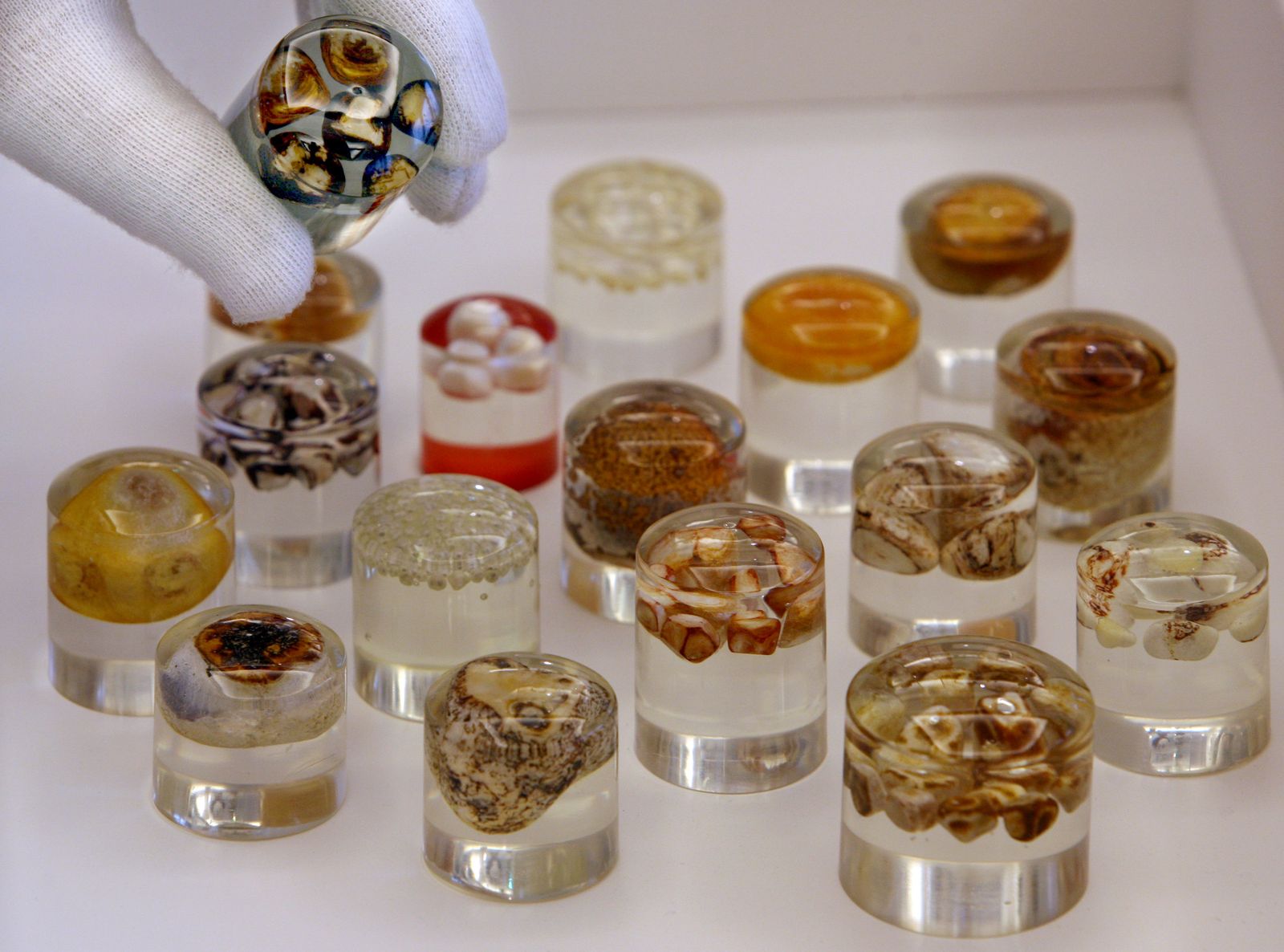 Gall stones in glass: Virchow's collection of skulls, organs, fetuses and limbs has no parallel in the entire world. In the mid-19th century, Virchow went on what could only be described as a crazed collecting spree. He was particularly interested in anatomical abnormalities caused by disease and lingering illnesses that reflected "the varying path of life processes." Over the decades, his collection grew into a chamber of horrors, parts of which continue to form the core of the museum's artifacts.