For some time now, the secrecy adopted by the German government on anything related to the country's deployment in Afghanistan has been so extreme that it sometimes borders on the conspiratorial. The government is stating very little publicly, and its decisions appear to be tightly choreographed.

Given these circumstances, an almost hour-long meeting around noon on Thursday between Chancellor Angela Merkel, Defense Minister Thomas de Maizière, Foreign Minister Guido Westerwelle and Development Minister Dirk Niebel at the Chancellery in Berlin seemed almost like a state secret. Not a single one of the ministers wanted to even confirm that the meeting had taken place. When pressed by journalists, they only revealed that they would make an important announcement about Afghanistan in the afternoon.

What Westerwelle and de Maiziére would later announce was, in fact, astounding. Although there have been several declarations of intent, on Thursday, Germany became the first NATO country to announce its firm intention to participate in a training mission for the Afghan army after the current ISAF mission ends in 2014.

Berlin also announced concrete figures for its commitment. For the first two years after the end of 2014, the ministers said Germany could imagine leaving 600 to 800 soldiers in northern Afghanistan -- although they stressed that these would be deployed as trainers and instructors rather than as combat troops. According to Berlin's vision, the contingent of Germans assisting the Afghans would then be reduced to around 300 starting in 2017. Germany currently has 4,135 soldiers stationed in the country.

A Bold and Perhaps Symbolic Move

With Thursday's announcement, two things are certain. One is that Germany's armed forces, the Bundeswehr, will continue to play an important role in the Hindu Kush region, even following the withdrawal of NATO combat units. After the Americans, it appears the Germans will be the second-largest supplier of troops for the post-ISAF mission, which NATO has been dubbed operation "Resolute Support."

And, second, the announcement indicates that the German government has accepted the request by the United States that Germany maintain its leadership role in northern Afghanistan even after 2014. It had been precisely this point that had led to months of arduous internal wrangling in Berlin, especially given the fact that such a role would require the presence of considerably more soldiers than Germany had initially intended to provide.

The surprising naming of numbers is tightly linked to these concerns. Berlin had actually wanted to wait for the US, as the largest military power present in Afghanistan, to set the tone. So far, Washington has only hinted that it might provide up to 5,000 soldiers for the training force. Washington would like to see the rest of the planned military-training units, which are to be collectively comprised of 8,000 to 12,000 personnel, to be staffed by troops from other countries.

With Washington unable to decide and postponing a detailed plan until the fall of 2013, Berlin has opted for another solution. The number of troops it is proposing to deploy is designed to encourage smaller nations -- such as Sweden, Norway and even Mongolia -- to support the German mission in northern Afghanistan. If that works out, one could soon muster the 1,500 soldiers presumably needed for the mission in the north.

Berlin's efforts to push ahead within NATO could be viewed as bold. In recent years, NATO countries have generally been slow to commit to the framework for a new, post-2014 Afghanistan mission that was endorsed by defence ministers from NATO Allies and ISAF partner nations in October 2012. Talks on troop deployment were more like games of poker, with participants playing their cards close to their chest, than discussions among allies. Given Germany's abstention in a 2011 UN vote on authorizing the use of force against Libya, which led many to accuse Germans of being shirkers, Berlin's decision to move forward on this issue alone might also be highly symbolic.

A Matter of Precise Timing

Germany is planning to launch its bid to drum up support for its Afghanistan mission as early as this week. Foreign Minister Guido Westerwelle will be in Brussels and Defense Minister Thomas de Maizière will be in Luxembourg broaching the issue with European partners and encouraging them to follow Berlin's lead by coming up with detailed pledges for "Resolute Support" -- and, ideally, for areas in which German troops are deployed.

But there are still many unanswered questions regarding the mission. The US has still failed to negotiate the size of its military presence after the ISAF combat mission ends in 2014. The sticking point continues to be the US demand that any American troops remaining there be granted immunity from prosecution in Afghan courts -- a demand that other countries will also make for their trainers.

For now, Washington is hoping that it can reach an agreement with Hamid Karzai, Afghanistan's intractable president, this summer. Only then will NATO countries be able to begin talks. The start of the mission in Afghanistan should be a "welcome" one, said de Maizière cautiously.

Berlin's somewhat hasty announcement of its new troop deployment can primarily be attributed to the current election campaign. Ahead of the vote in September, both Westerwelle, who put troop withdrawal from Afghanistan at the top of his agenda, and de Maizière are keen to keep heated debate over any future mission out of the public arena.

They are now hoping that the announcement of a major Bundeswehr mission after most troops return home in 2014 will be more or less forgotten by the time the campaign enters its critical phase. 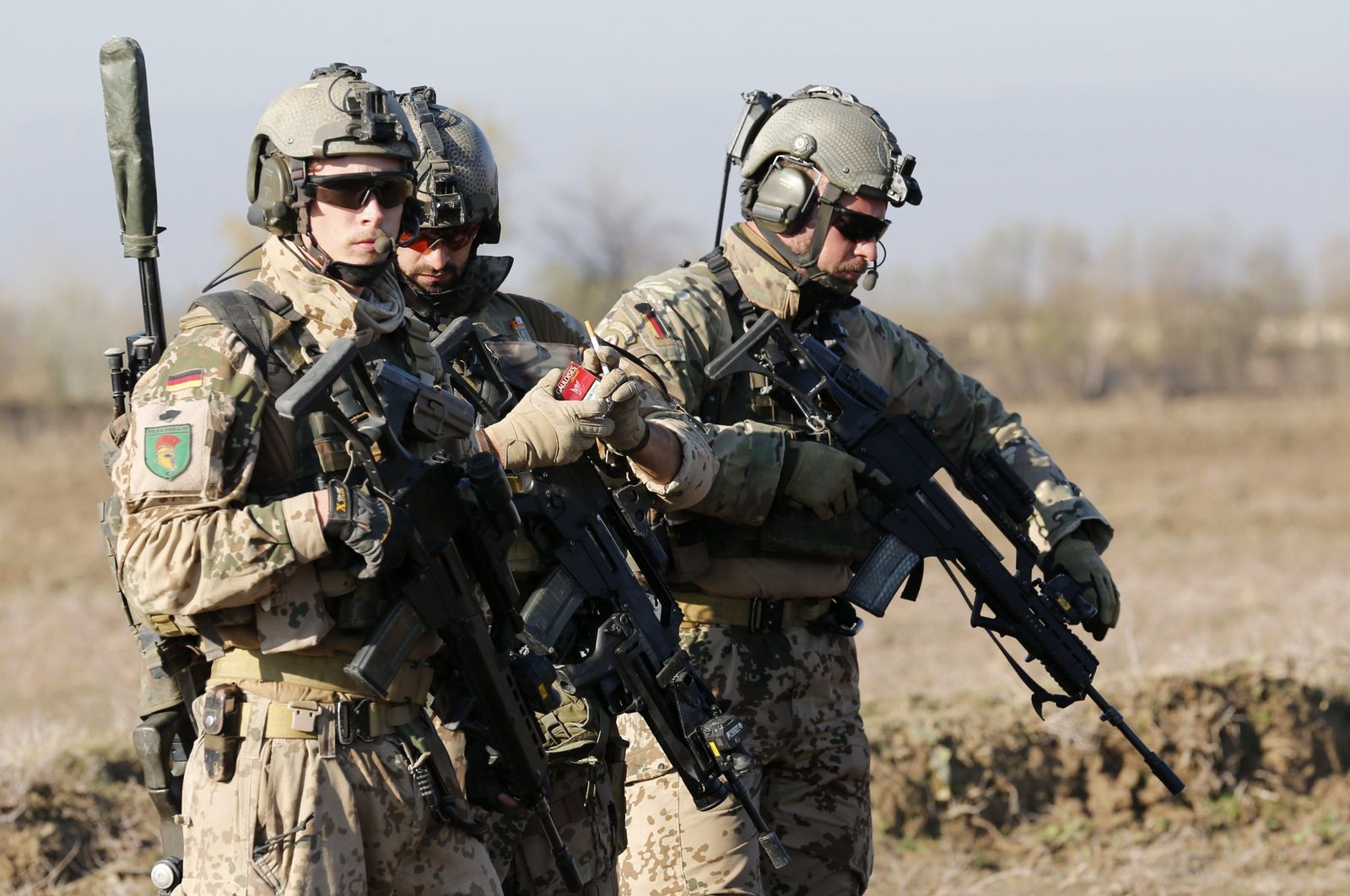 German soldiers in Afghanistan: Will other countries follow Germany's example after most Western troops withdraw?