German Foreign Minister Guido Westerwelle looks set to spark new tension in trans-Atlantic relations with the latest move in his ongoing campaign to get the US to withdraw nuclear weapons currently stationed in Germany.

Westerwelle and his counterparts from the Benelux countries and Norway have drafted a letter to NATO Secretary General Anders Fogh Rasmussen in which they call for the alliance to discuss how it can get closer to its goal of a world without nuclear weapons at an upcoming NATO conference. The letter, which has been obtained by SPIEGEL, is due to be sent in the next few days.

The meeting, which will be held in the Estonian capital Tallin in April, is an opportunity to talk in detail about the issue of nuclear weapons, the letter says. For months, Westerwelle has been calling for the removal of remaining US medium-range nuclear missiles from Germany. There are an estimated 20 American nuclear weapons in Germany, from a total of around 200 in Europe.

After heated debate, the goal of removing American nukes from German soil was formalized in the agreement signed by Westerwelle's Free Democrats and Chancellor Merkels's conservatives when they formed their new government last autumn. "We will advocate within the (NATO) Alliance and with our American allies the removal of the remaining nuclear weapons from Germany," the document reads.

Nevertheless, security experts from within Merkel's Christian Democrats have accused Westerwelle of using the issue to score domestic political points. The idea of removing American nuclear weapons from Germany is a popular one with voters -- and with Westerwelle's FDP haemorrhaging public support, the foreign minister could use some positive headlines.

In the US, however, there is little enthusiasm for Westerwelle's proposal. In a keynote speech on NATO in Washington on Monday, US Secretary of State Hillary Clinton warned Europeans against questioning the value of the nuclear deterrent. "This dangerous world still requires deterrence and we know there's a debate going on in Europe and even among some of our leading member nations about, well, what does that mean," she said, without mentioning Germany by name. "We would hope that there is no precipitous move made that would undermine the deterrence capability."

Former NATO Secretary General George Robertson has been less diplomatic in his criticizism of the German position. "For Germany to want to remain under the nuclear umbrella while exporting to others the obligation of maintaining it, is irresponsible," Robertson wrote in a recent report, entitled "Germany Opens Pandora's Box." Robertson also criticized Westerwelle's demand in a recent interview with SPIEGEL, calling it "simply dangerous."

The Americans are concerned that countries like Turkey may consider obtaining their own nuclear weapons if US missiles were withdrawn from Europe. Washington also does not want to make reductions in its arsenal without reciprocal moves from the Russian side. However sources close to Westerwelle say that the American nuclear weapons in Germany do not fulfill any military or political function and are therefore superfluous. 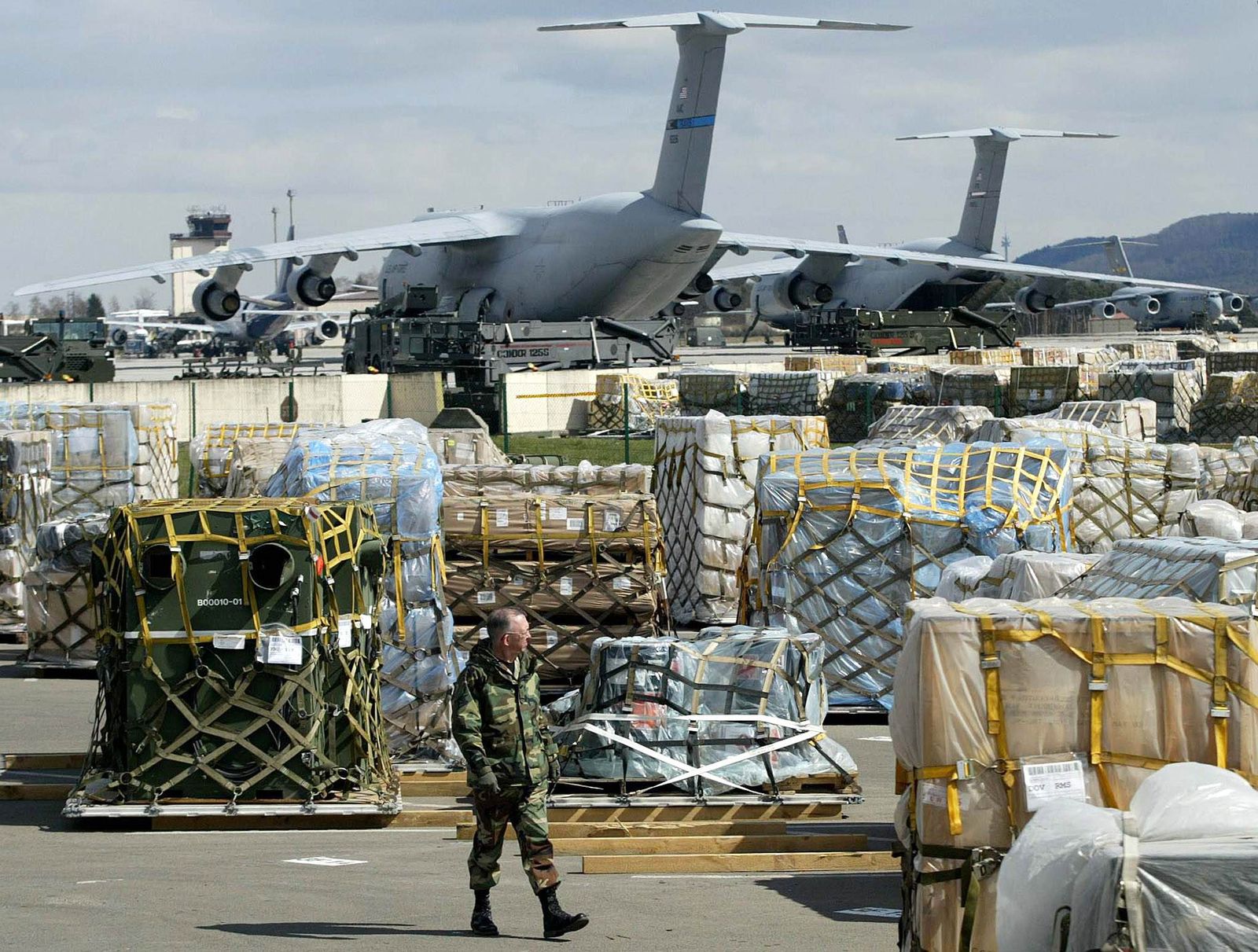 The Ramstein military base in Germany. There are some 20 US nuclear missiles based in Germany.