The German government is planning to accelerate an end to a virtual moratorium on the controversial natural gas extraction method called fracking, SPIEGEL has learned.

Parliamentarians from Angela Merkel's governing center-right coalition of the conservative Christian Democratic Union, their Bavarian sister party the Christian Social Union, and the pro-business Free Democrats (FDP) want to jumpstart the extraction of shale gas deposits in the country. As such, they have agreed on key measures for tapping virgin deposits ahead of this year's federal election in the fall.

Such measures would effectively end what has widely been seen as a hold on hydraulic fracturing, or fracking -- the controversial extraction method in which pressurized fluid is forced into rock layers to release natural gas and other valuable substances -- due to safety worries and public concern.

"We can't afford an ideological ban, because fracking can be part of supplying energy," Michael Kauch, environmental spokesperson for the FDP in Germany's parliament, the Bundestag, told SPIEGEL.

To dispel fears about the extraction method, coalition members have called for tests on environmental compatibility to rule out the return flow of poisonous chemicals used in the technique into the groundwater supply.

"It is clear," they write, "that in water protection areas the exploration and extraction of natural gas from shale gas via fracking is precluded."

The two ministries responsible for the measures, the Environemtn Ministry and the Economics Ministry, have been tasked with presenting their proposals for regulation by next week.

"We want to be finished within this legislative period that way," Kauch said. 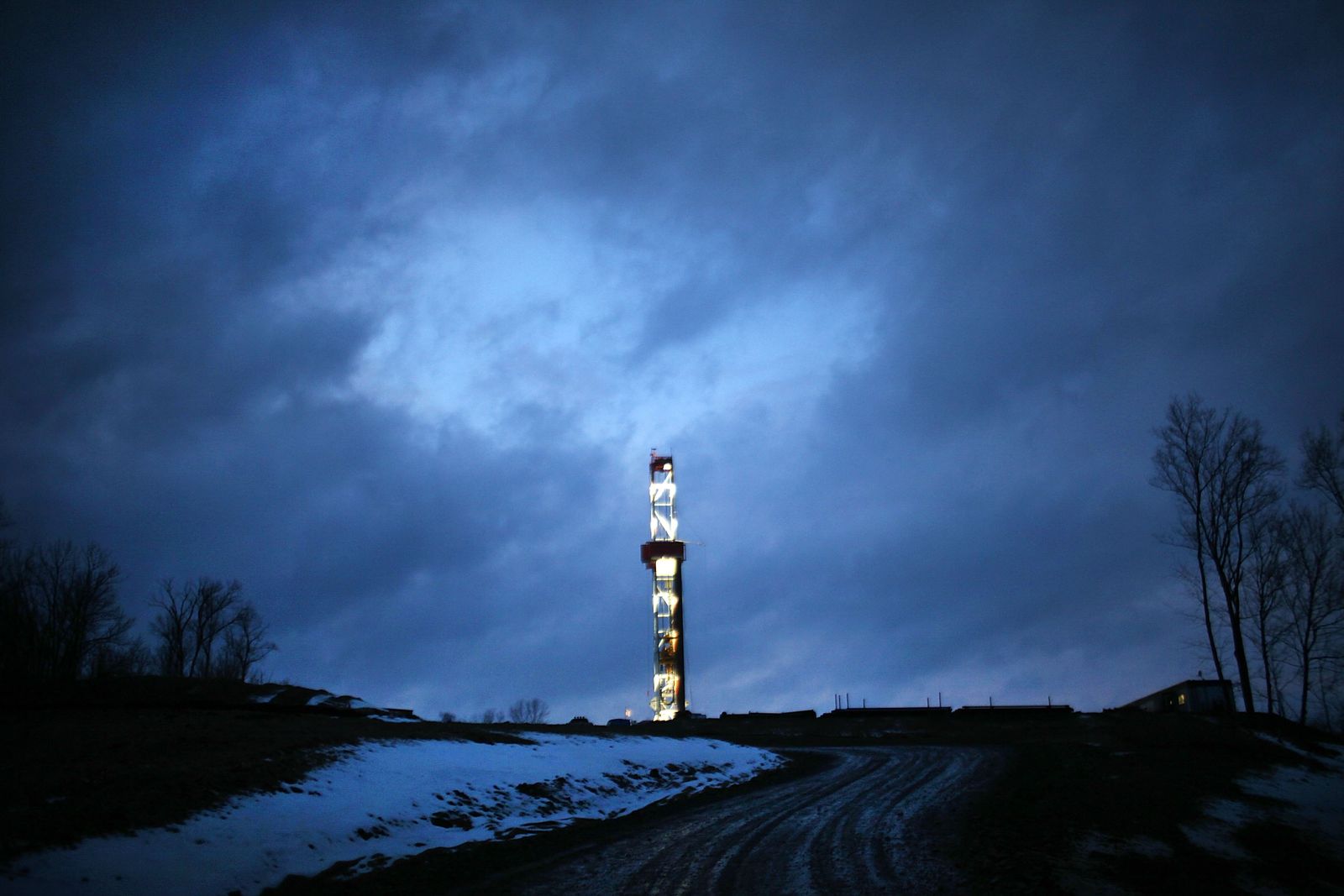 A hydraulic fracturing or "fracking" site in the United States. Germany may soon be seeing similar sites, SPIEGEL has learned.