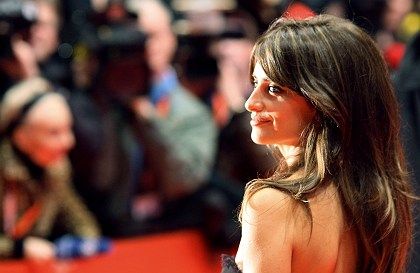 Every year, a week before the Berlin International Film Fesitval starts, festival director Dieter Kosslick faces the stony-faced ranks of the German press and tries to persuade them -- and himself -- that he's studded the 10-day event with enough gems.

This year, the diminutive 59-year-old appeared a couple of inches taller as he announced that the opening film would be Martin Scorsese's Rolling Stones' documentary "Shine a Light," and the red carpet would be graced by Mick, Ron, Keith, Charlie and Oscar-winner Marty.

But, although the red carpet was trod by quite a few stars this year, cinematic gems were rare. Madonna may have attracted crowds of adoring fans, but her directorial debut "Filth and Wisdom" received mixed reviews in Germany, while British critics pleaded with her not to give up the day job.

Julia Roberts' larger-than-life smile graced all the local papers but her star vehicle "Fireflies in the Garden" was condemned as a "clumsy melodrama, which looks and sounds no better than an average made-for-cabler" by the influential trade journal Variety. And the Stones film, essentially a raucous glorification of Mick Jagger's gyrating torso, had cineastes wondering whether the festival was about celebrity or cinema.

To offset the star-studded fluff, documentary films were given good play. For the first time in the festival's 58-year history, a documentary was in competition. "Standard Operating Procedure," Errol Morris' investigation of the atrocities that took place in the Iraqi prison Abu Ghraib, probes not only the moral perversity of the US military but also the role the image played in the exposure of the scandal: the casually-taken photographs of naked Iraqi prisoners on dog leashes or standing on ostensibly electrified cardboard boxes. Morris examines the role of images in constructing the reality of Iraq to chilling effect.

But this year's crop of documentaries did not only nourish and edify, they also entertained. Berlin audiences were willing to stand in line to find out what became of the contestants of the last beauty contest in the former East Germany, as revealed in Gunther Scholz's "The Beauties from Leipzig," or to follow the sad fate of Baghdad's only heavy metal band in Eddy Moretti and Suroosh Alvi's "Heavy Metal in Baghdad," or to see how experimental Canadian filmmaker Guy Maddin commemorates his hometown in "My Winnipeg."

The latter is typical of the eclecticism for which the Berlinale is known: Maddin works in the silent film aesthetic and likes to narrate his films himself, turning screenings into happenings whose live spontaneity go over well with festival audiences (especially when the projector lamp dies and Maddin has to improvise to several minutes of black screen: "Winnipeg is dark in winter, very dark").

The Berlinale program is traditionally considered highly political but this year focused more on social and family issues than current events. The high-profile competition features addressed the whole range of mid-life crises: stale marriage, illness, renegade grown-up children and ghosts of a foolish past. This may relate to the average age of their directors, who like Kosslick, tend toward late middle age.

Two films to distinguish themselves here were Antonello Grimaldi's "Quiet Chaos," about a career-fixated man, played by Nanni Moretti, whose wife's death alerts him to possibilities of life that he has long since forgotten, and Isabelle Coixet's "Elegy," an adaptation of Phillip Roth's "The Dying Animal" in which Ben Kingsley plays a charismatic and cynical professor who falls truly in love with a student thirty years his junior played by Penelope Cruz.

Cruz -- whose face was plastered all over the festival thanks to her modeling for this year's corporate sponsor L'Oreal -- went to great pains at the press conference for the film to deny that her career was based on beauty alone. Although her speech fell a little flat, her performance was deemed respectable and her appearance on the Berlinale red carpet added another touch of glamour to this year's starry festival.