In light of Friday's rioting, recent statements made by Hamburg officials ahead of the G-20 seem naive in the extreme. One came from the Hartmut Dudde, the head of operations for the Hamburg police, who said: "If we say here's where things stop, then that's where they stop. We will also take action. We're not going to wait if crimes are being committed."

Another statement came from his boss, Hamburg Police Chief Ralf Martin Meyer. "We are better prepared than we ever have been," he boasted in the run-up to the G-20.

And then, of course, there's the statement from Hamburg Mayor Olaf Scholz, who promised the city's residents: "Don't worry, we can guarantee your safety."

But on Friday, July 7, none of these sentences applied. Even that morning, a marauding gang was raging through the Hamburg neighborhoods of Ottensen and Altona, setting cars on fire by the dozens. Later in the day, a mob raged for hours in the alternative Schanzenviertel neighborhood, long a hotbed of leftist activity. They broke windows, lit barricades on fire, looted stores and threatened to kill police. Many would later say hyperbolically that it was like "a war zone." Others described the scene as anarchy -- as though the state had receded before the mob.

The question that must now be answered is clear: What went wrong?

Part of the answer lies in the fact that it was almost impossible to fulfill the demands of the mission. In contrast to all the public statements made by security personnel, and the insistence that the 15,000 police officers on hand would be enough, many high-ranking officials were skeptical from the very beginning about holding a G-20 summit in a large city like Hamburg. One official predicted "ugly scenes." After all, Hamburg is the center of Germany's far-left autonomous movement. Leftist radicals in the city have access to effective structures and sophisticated logistics. 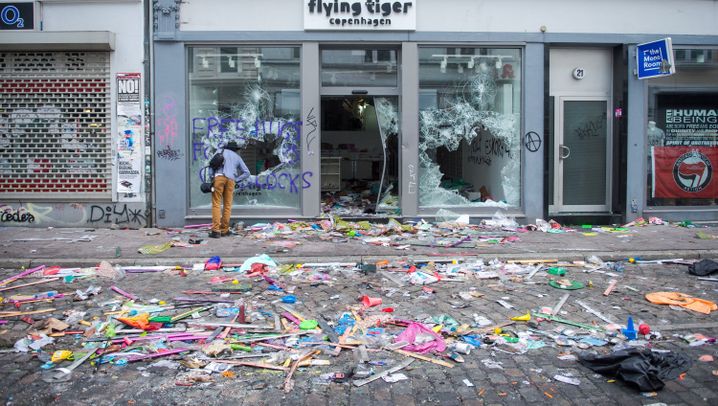 But the decision regarding where to hold such summits is made at the highest political levels, often without regard to practical considerations. Even the prediction by authorities that up to 8,000 potentially violent left-wing extremists could converge on the city did little to deter the decision-makers. "Politicians carry sole responsibility for the numerous police officers who have been injured and for the destruction wrought in the city," says Jan Reinecke, the head of the state chapter of the union that represents Germany's detectives. "Hamburg never should have been the venue for the G-20 summit."

Initially, the police faced the difficulty -- or even impossibility -- of the assignment with fierce determination. Hamburg police moved decisively to shut down some protest camps and to crack down on the first protest on Thursday, showing the kind of toughness they had pledged in the run-up to the summit. And, initially, the public also criticized them for doing exactly that.

A Cat and Mouse Game

Afterward, though, the security forces' strategy clearly changed. On Friday, they suddenly seemed more hesitant and looked at times like they weren't up to the task. Instead, police officers spent hours playing an undignified cat-and-mouse game with rioters -- one with limited results. Considering the scale of the crimes committed, the number of arrests that have been made so far indeed seems negligible.

Police say they took a considerable amount of time before intervening in Schanzenviertel because they feared an ambush was waiting in Schulterblatt, the street where much of the rioting took place. It was only after special forces, who had been providing protection to world leaders at the Elphilharmonie concert, became available again that the autorities were able to regain the upper hand in Schanzenviertel. "The police had a sophisticated plan for protecting the politicians," says one experienced police official. "But they don't appear to have had a real plan for protecting the population."

Ultimately, even the massive deployment of 15,000 police officers proved insufficient. Police officers have reported that many had to do double shifts and were given few breaks. Among police, images are circulating of colleagues lying on the ground, completely drained.

On Friday morning at 8:47 a.m., the Hamburg police asked police departments across the entire country to send reinforcements because the city was experiencing a "large number of crimes" and "threats to life and limb," as the urgent message read. Helicopters flew riot-control units to the city. "Anyone who can walk is being moved," one official said. Security forces in Hamburg, though felt no initial tangible relief.

The police were needed to respond to a massive mobilization of radical leftists. The authorities say that protesters with the autonomous movement traveled to Hamburg from as far away as Italy, Switzerland, Greece and the Netherlands -- and that they came by the thousands. They were also joined by what officials call the "experience-oriented" -- violent groups of hooligans, apolitical petty criminals, the frustrated, drunks and the drug-addicted. Essentially young men looking for a kick. It's almost impossible to differentiate them from the extremists.

The police also appear to have been lacked a plan for dealing with the thousands of onlookers who turned up on Friday night just to see what was going on. Police appealed to them, tried to gently push them back and even issued threats, but they didn't succeed in reducing the crowd of rubberneckers. This enabled the autonomists to repeatedly hide in the crowds -- with devastating results. 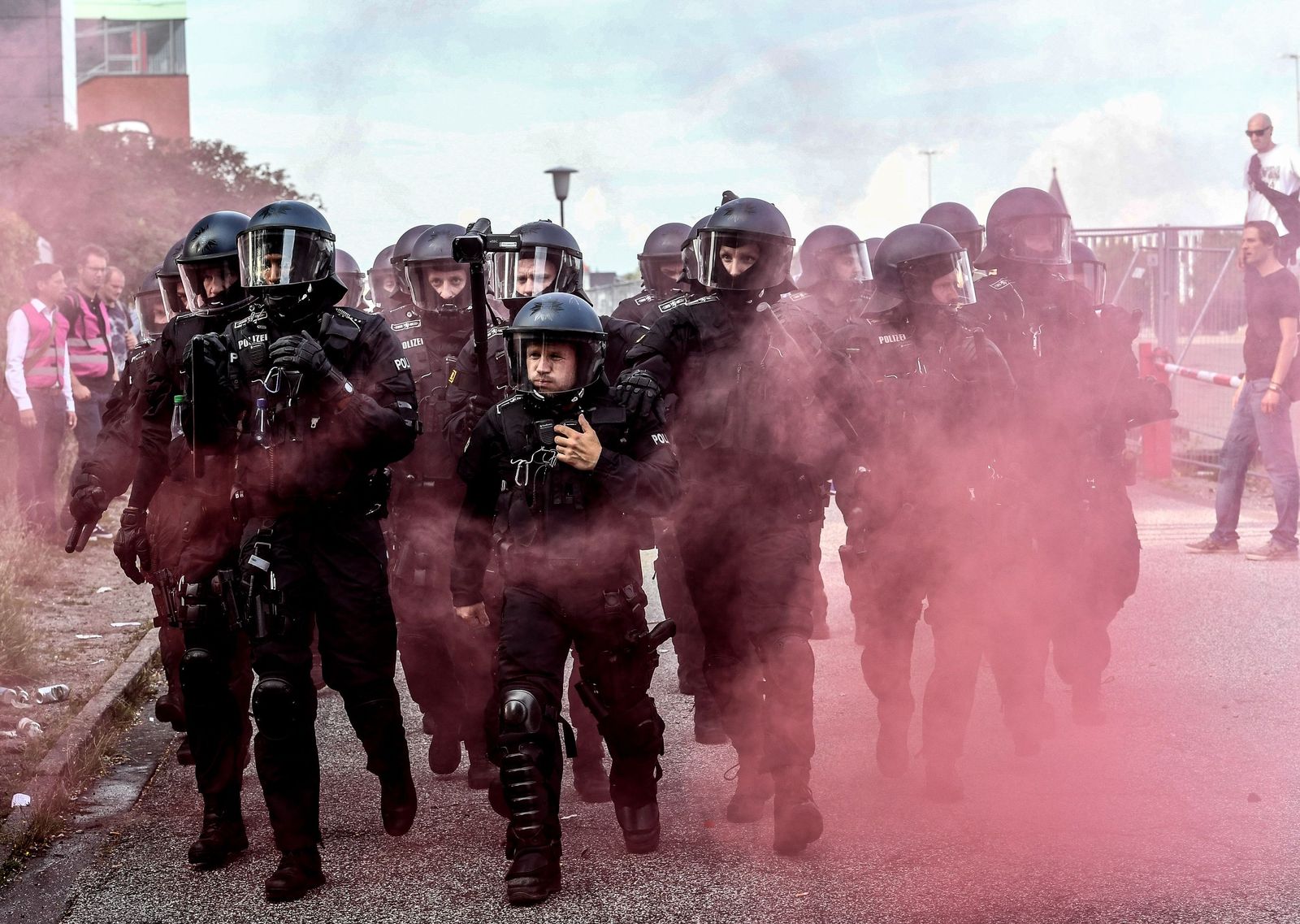