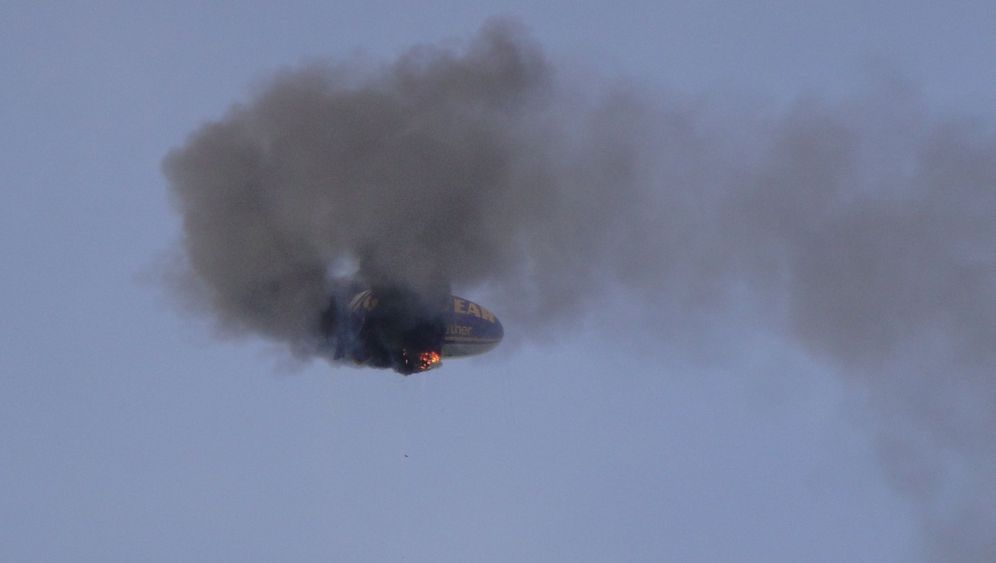 An airship burst into flames and fell out of the sky in Germany on Sunday evening, killing the pilot, but the three passengers managed to leap to safety and were unhurt, police said.

The blimp, part of an advertising campaign for the Goodyear tire company, was about to land at an airfield in Reichelsheim in western Germany when fire broke out in both engines, according to media reports.

Bild newspaper reported that the pilot, an Australian, called out to the passengers: "We're having a crash!" and told them to jump out of the cabin, which was hovering just 2 meters (6.6 feet) above the ground at the time. As soon as they had hurled themselves to safety, the airship soared rapidly to a height of around 50 meters, possibly due to the sudden loss of weight in the cabin, making it impossible for the pilot to escape, eyewitnesses said.

The blimp then became engulfed in flames and fell back to the ground in a ball of fire. The passengers were a press photographer and a TV crew who had been on a two-and-a-half-hour round trip to get aerial shots of a public festival.

Media reports said there had been a smell of fuel aboard the airship for some time during the trip. Police said air crash investigators had been called in to determine the cause of the accident.