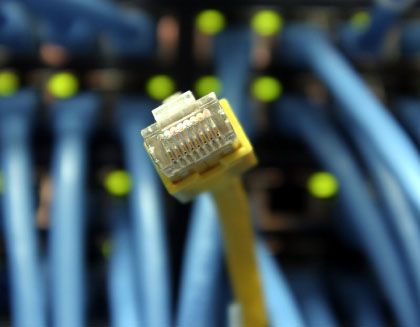 A court in Karlsruhe unplugged a new German data-collection law that would have allowed the government easy access to phone and internet records.

The law gave the federal government broad access to stored telephone and Internet data -- including e-mail addresses, length of call and numbers dialled -- for a six-month period. In the case of cell phone calls, service providers could potentially save data on the location calls were made from.

The law went into effect in January. But on Wednesday the German Constitutional Court in Karlsruhe issued an injunction against it, declaring parts of the law unconstitutional pending further review.

The ruling essentially restores the pre-January status quo: Data will still be saved, but authorities will only be allowed to access it under extreme circumstances, and with a warrant. Accessing the data will be allowed only when other avenues of investigation are blocked or hopeless.

The bill has caused controversy over the past few months, as privacy advocates and civil rights groups criticized its scope. Opponents said it would make massive amounts of personal data vulnerable to misuse. They also complained that private information could be given to foreign intelligence services, like the CIA, who could then use the information in ways not covered by German law.

The bill's opponents also said the law would be used by big entertainment companies to pursue and prosecute people who illegally download music and movies. For now, using the saved data for such purposes has been ruled out by the constitutional court.

Wednesday's ruling was a response to a class-action suit with over 30,000 participants, brought before the court on Dec. 31, 2007 amid a nationwide controversy. The verdict was not a surprise -- the Karlsruhe court has been leaning for months toward individual rights in cases of government data collection. In February it even established a new "fundamental right" for German citizens to trustworthy, surveillance-free computer systems.

Politicians from the libertarian-minded Free Democrats (FDP) were instrumental in opposing the data-collection bill. In Hamburg, demonstrators staged a mock funeral marking the "Death of Privacy." Privacy advocates praised the court's decision today, while lawmakers were asked to report on its consequences by the end of the year.