The German government is taking steps to increase pressure on Libyan dictator Moammar Gadhafi to step down. On Thursday, German Economics Minister Rainer Brüderle of the business-friendly Free Democratic Party (FDP) issued an order to freeze access to Libyan bank accounts. The decision will affect around 193 accounts at 14 financial institutions based in Germany, as well as the account of the Libyan Central Bank at Germany's central bank, the Bundesbank. According to the Finance Ministry, the decision will freeze billions of euros of assets.

"The measures taken are a clear reaction to developments in Libya," a statement from the Finance Ministry read. "The brutal oppression of Libyans' right to freedom can no longer be financed with money that has been placed in German banks."

The immediate freezing of Libyan assets appears to be part of a planned tightening of financial sanctions against Libya. Media reports suggest the government may have moved swiftly out of fear that representatives of the Libyan regime could have sought to pull money out of Germany before expected additional sanctions are applied at the European Union level.

Germany and Britain have both called for tougher sanctions. Ahead of two meetings in Brussels on Thursday -- one of NATO defense ministers, the other of EU foreign ministers --- German Foreign Minister Guido Westerwelle and British Foreign Secretary William Hague wrote a joint letter to EU foreign policy chief Catherine Ashton, calling for a unified European front.

"The EU should agree to an ambitious, clear response with a series of concrete actions both for the short and longer term," reads the letter according to the BBC and the UK's Press Association. Gadhafi, the letter adds, "has to step aside to allow for a true democratic transformation of the country."

The ministers have called for a joint EU statement rejecting cooperation with Gadhafi's regime. But the demands are reportedly not tied to a suspension of diplomatic relations. For now, diplomats are just seeking further ways to "isolate" Gadhafi.

The letter also says the upheaval on the southern edge of the Mediterranean presents Europe with a "challenge and opportunity on a scale matching the revolutions of 1989" in Eastern Europe. But it warns that the EU must find tailored solutions for each country.

"Our vision is a comprehensive partnership of equals between the peoples of Europe and its neighborhood, underpinned by deeper and wider economic integration," the letter says. "We can achieve this by a custom-made cooperation of the European Union with those that want this partnership and see in it an opportunity to support the changes they want themselves."

An emergency summit on Libya of all EU heads of government is planned for Friday. The draft of a closing statement suggests that leaders of the 27-member bloc will call for Gadhafi's immediate resignation. 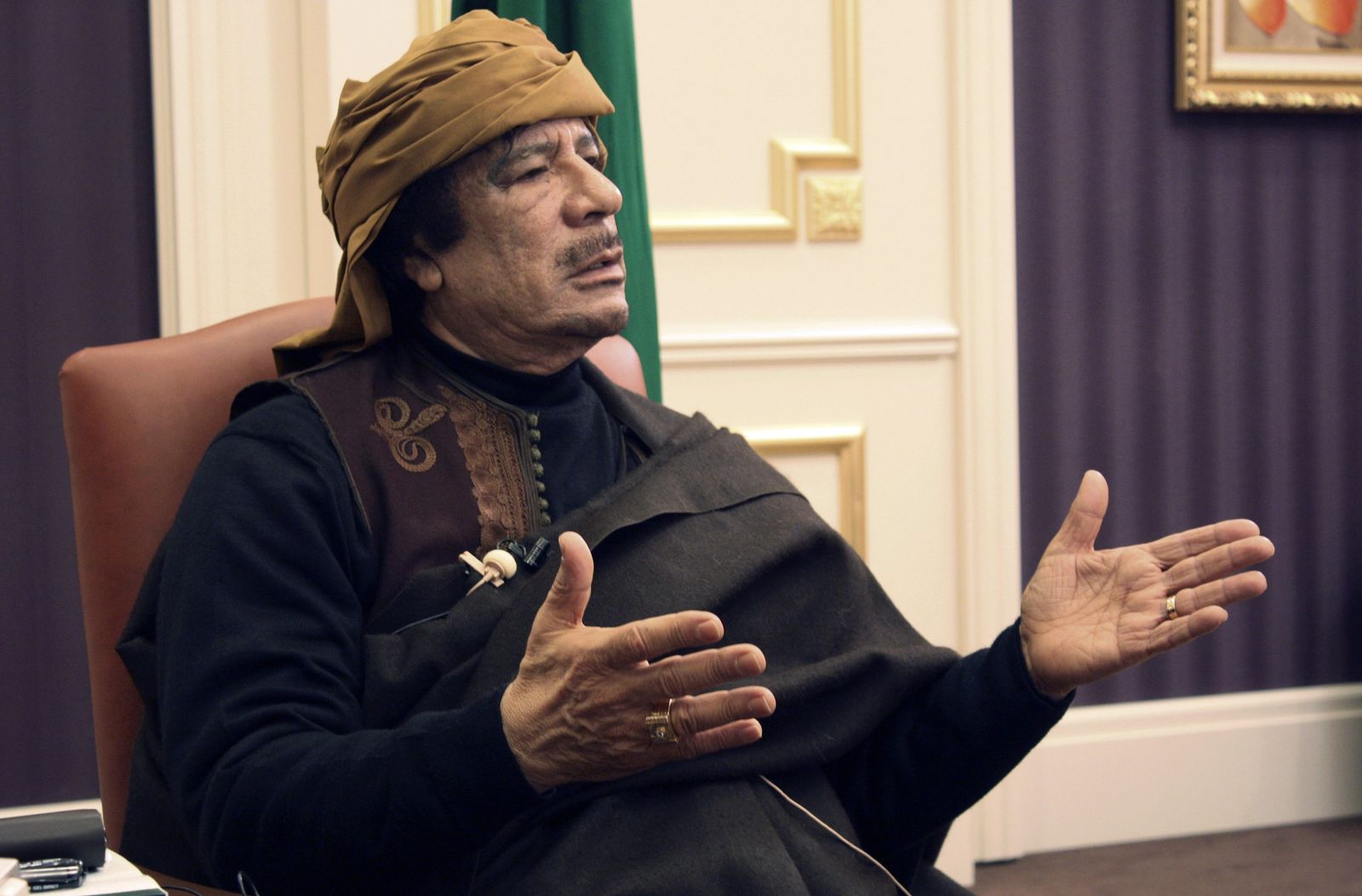 Libya's Moammar Gadhafi: Germany has moved to freeze billions of euros in accounts and assets belonging the Libyan state.