There is still a massive difference between the living conditions in the eastern and western states of Germany. But, 20 years after the Berlin Wall was toppled, the "blooming landscapes" former Chancellor Helmut Kohl promised to the former East after reunification have, in fact, become reality in some areas. That, at least, is the conclusion of a study released on Wednesday by DB Research, Deutsche Bank's think tank.

"The eastern states have developed very well in recent years," said Klaus-Günter Deutsch, the author of the study. He also painted an upbeat image of prospects for the region. Even though the consequences of the global financial crisis remain unpredictable, the economy in the east is looks more robust than it did five years ago. "In the meantime, there is more light than shadows," he said. In taking this position, the researchers findings differ from those of their colleagues at the German Institute for Economic Research (DIW), which recently published a report saying that the cleft between earnings between the east and west was wider than ever.

So what underlies this unusual optimism? In recent years, many mid-sized firms have been founded or have relocated to eastern Germany, and not just low-wage-paying call centers but also more qualified positions. This success does not apply to all traditional sectors, like chemicals or engineering. However, the eastern states' emphasis on new technologies like renewable energy has paid off. There is a good reason that the country's biggest solar plant is located in Brandenburg, the eastern state surrounding Berlin.

Almost every eastern state has created special focuses in their business structures -- so-called clusters that are proving to be less susceptible to economic trends as industries like the automobile or heavy-machinery and engineering sectors. For example, the health care industry has gained an important role in Berlin, while tourism has emerged as a key employment area in Mecklenburg-Western Pomerania.

The coastal area in particular illustrates how far removed public opinion has become from the reality in the eastern states. Mecklenburg-Western Pomerania, for many, stands for the incarnation of eastern misery -- although the sparsely populated area has not underperformed other states since reunification.

The fact that there is such little talk of success stories may be due to the smaller size of firms in eastern Germany, compared to their western counterparts. Whereas the southern state of Baden-Württemberg is awash with big firms like Daimler, Bosch or Porsche, which turnover billions of euros, there are none to be found in the eastern states of Saxony-Anhalt, Thuringia and their neighbors. The mid-sized firms that are being created in these areas have an average around 80 employees. But the positive flip side of that coin is that the economy of eastern Germany amounts to a lot more than stereotypes about fast-food stands and nail studios.

Moreover, these firms think in increasingly global rather than local terms. Exports make up a quarter of Thuringia's gross domestic product -- compared to around 5 percent in the mid-1990s.

But despite these positive developments, such as the creation of a middle class, qualified jobs and export orientation, there are indisputable problems in the east. All in all, 1.5 million more jobs are needed, hundreds of thousands of people commute to work in western states and those who do have jobs earn on average one-third less than their western counterparts.

So the latest study adds a positive footnote to prevailing stereotypes of eastern doom and gloom. The good news is that the east has not only managed to improve its economic performance but that its economic structures increasingly resemble those in the west. 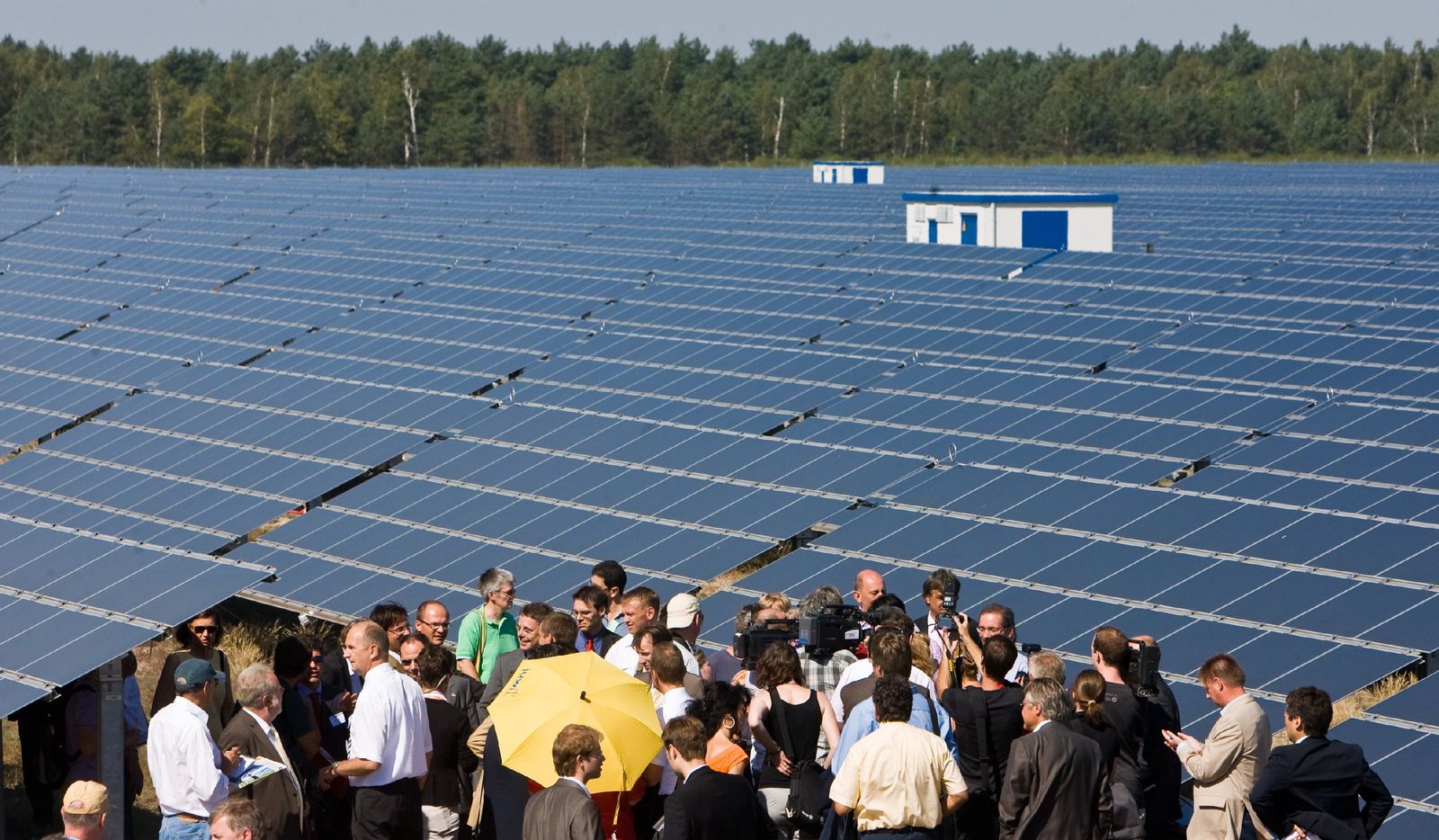 Germany's largest solar power plant is located in the state of Brandenburg: The eastern states are doing better than some expected 20 years after reunification.