Angela Merkel, the former high priestess of nuclear power, has found a new role for herself. She has transformed herself from a friend of the atomic lobby to a leader who appears to have an obsessive mission: to secure Germany's rapid exit from atomic energy, replacing it with solar panels on every roof and wind turbines behind every dike.

One could accuse Merkel of many things -- for example, that she changes her position depending on which way the political wind is blowing. The majority of Germans want a phaseout of nuclear power, so suddenly the chancellor wants it too -- end of story. But perhaps the truth is a lot simpler. Perhaps Merkel recognized that we cannot simply continue with nuclear power in Germany. That's why she did a 180-degree U-turn and has now positioned herself as some kind of modern day Sun Queen. It's a stance that fits nicely with what the people actually want. What a happy coincidence.

To a certain extent, the decision to phase out nuclear energy is a victory for Merkel's style of leadership -- let's call it Merkelism. The politics of Merkelism are based on two principles. The first is that, if the people want it, it must be right. The second is that whatever is useful to the people must also be useful to the chancellor.

With Merkelism, policies are developed with a long view -- namely with the next national election in mind. After the Fukushima catastrophe, the chancellor had two choices: She could either decide in favor of an expedited phaseout and take on the proponents of nuclear power within her own party. Or she could stubbornly stand behind her government's 2010 decision to extend the operating lives of Germany's nuclear power plants (itself a reversal of an earlier phaseout passed by the government of former Chancellor Gerhard Schröder) -- and take on the majority of the German population.

In the end, Merkel chose the lesser of the two evils. Even if it has irritated her own party, in the chancellor's mind it was the correct thing to do. It was also the only choice Merkel had if she wants to remain chancellor. Anything else would have led to a protracted debate over nuclear power with the opposition that Merkel could only lose. With the phaseout, she has a good chance of keeping the sympathies of a majority of voters, who are likely to conclude that she's not doing such a bad job after all.

As with many other -isms, Merkelism can also lead to some progress. After the Fukushima catastrophe at the very latest, it became clear that nuclear power is a technology that cannot be controlled. The peaceful use of atomic energy was a nice idea -- a 1970s dream of the future, just like concrete flower boxes, urban freeways or the soulless downtown pedestrian zones that were built in many West German city centers. It was supposed to make our lives better.

But the dream died. The flower boxes and freeways brought nothing more than urban blight, and the nuclear power plants awoke fear. They killed people in the former Soviet Union and in Japan. But we were told again and again that German nuclear power plants are the safest in the world and that nothing could happen here. But no one could really guarantee that safety, especially after Fukushima. Thus, shutting our nuclear power plants down is the only appropriate course of action.

Germany, the country of recycling, trash separation and organic supermarkets in every neighborhood, wants to become a model for other countries on how to become a nation of clean, politically correct energy. That's also a lot less naïve than it may sound, because there is a high likelihood that wind will also soon help to secure prosperity in Germany. German engineers constructed world-class nuclear power plants, and they will also export even better wind turbines, solar parks and electricity storage cells abroad. The early phaseout date, combined with state subsidies, will act like a second Industrial Revolution on the renewable energy industry.

Part of Merkelism is avoiding the fine print, the details that tie up decision-making and inevitably throw up too many unsolved problems and contradictions. Instead these are drowned out by a big landmark decision, the grand gesture.

So it is with the nuclear phaseout. There are a number of potential snags, which can't be denied despite the environmental euphoria the decision may bring with it. Few are talking openly about these problems, but everyone is aware of them. To begin with, electricity will get more expensive in Germany. The country's oligopolist energy utility companies will opt to get the money to finance their investments in new technology from the state or consumers. The bill for this has hardly been discussed, at least not in Merkel's Chancellery, and it could take quite some time before the blessings of the new eco-boom are felt.

One must also consider what the transformation will do to the natural landscape. If the government succeeds in rapidly expanding the electricity grid and constructs many additional wind parks and pumped-storage hydroelectricity plants, it will make Germany uglier -- not prettier. Despite the Greens' protestations to the contrary, there is no point in beating around the bush: Nobody wants wind turbines or utility poles in front of their home.

And the phaseout will in the short and medium term mean a focus on fossil fuel-based technologies including gas- and coal-fired power plants. The Russians can rejoice, thanks to Gerhard Schröder's new Nord Stream gas pipeline under the Baltic Sea, which will mean even more lucrative business with the Germans.

Modern and highly efficient new gas power plants will be our most important means of energy production for the next 100 years, and it will be made possible through the gas supplies secured by Schröder, who not only promoted Nord Stream as Germany's former chancellor but also serves on its board today. In addition, large German coal-fired plants will remain online, generating ample amounts of CO2 from cheap imported coal.

But who wants to talk about the fine print?

In the long run, the anti-atomic path has more advantages than drawbacks for the chancellor. Essentially, it allows her to steal an important issue for mobilizing voters from the opposition Greens and center-left Social Democrats. Who would have expected such a move?

Naturally the SPD and the Greens are trying to find something to gripe about in the details of the new phaseout plan, but that is growing increasingly difficult. It will now be even more complicated for the opposition to mobilize their supporters against Merkel. After all, Merkelism blurs party lines -- demobilizing and hindering the mood for change.

Merkel doesn't care who her conservative Christian Democratic Union (CDU) party governs with in the future. It could be in a coalition with the Greens, one with the Social Democrats or one with the current constellation of the CDU and the business-friendly Free Democratic Party. In Merkel's mind, the only thing that matters is that she remains chancellor. 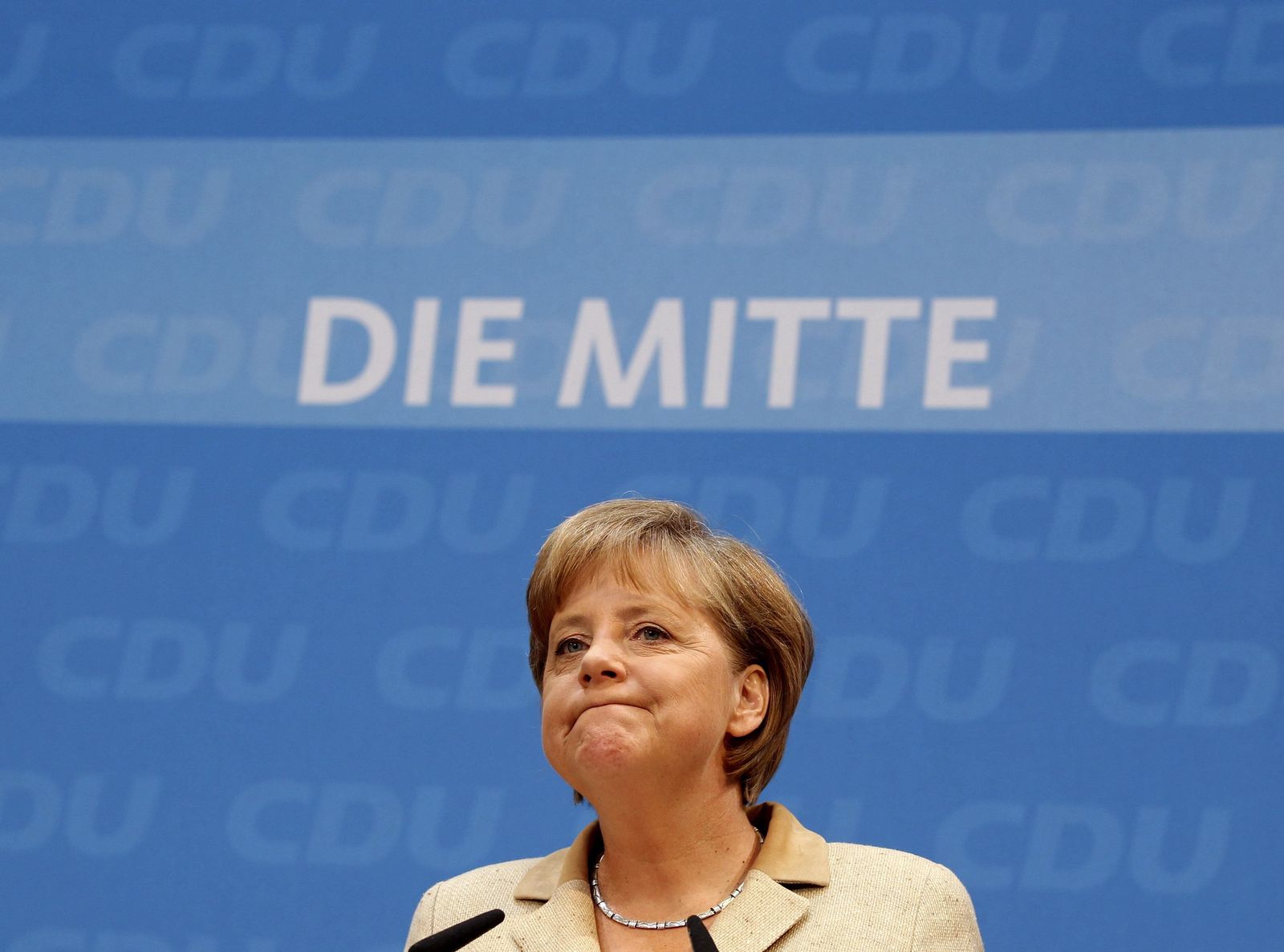 With her new energy policy, Germany Chancellor Angela Merkel has snatched one of the Green Party's favorite pet issues from it.