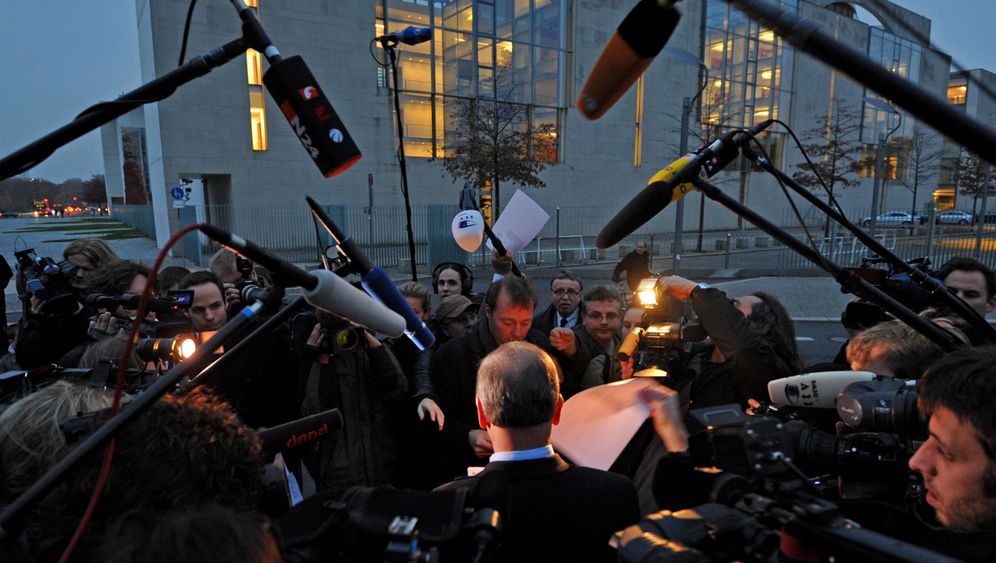 A suspicious package containing black powder thought to be an explosive material was found in the mailroom of the Chancellery in Berlin on Tuesday. The package was reportedly addressed to Chancellor Angela Merkel and carried the return address of the Greek Economics Ministry. It was delivered by the US-based package delivery company UPS and officials believe that it likely originated in Greece.

Security officials in Berlin say that the package was disguised as a book delivery and arrived at the Chancellery at 1 p.m. During a routine screening, a kind of pipe bomb containing black powder was discovered. Experts say that, had the explosive detonated, it would have produced a hot flame which could have resulted in serious injury.

Upon discovery of the explosive parcel, the mailroom was sealed off and the package was sprayed down with a water cannon and rendered harmless. Nobody was hurt.

The Chancellery's mailroom is located just outside the main building and all incoming packages are screened for suspicious materials. Security measures at the Chancellery were intensified, but the building was not evacuated. Merkel was in Belgium on Tuesday for talks with Prime Minister Yves Leterme.

"It looks as though someone wanted to make a point," the daily Tagesspiegel quotes unnamed security officials as saying.

The bomb scare in the Chancellery mirrors a series of similar suspicious deliveries to several embassies in Athens, including the German Embassy. Indeed, German officials say that the package discovered in Berlin on Tuesday had a similar construction to the five combustible packages found in the Greek capital on Tuesday. Two of those parcels, one delivered to the Swiss Embassy and another to the Russian Embassy, burst into flames. The packages destined for the Bulgarian Embassy, the German Embassy and the Greek parliament were all discovered and destroyed before they could detonate. Greek police say no one was hurt.

On Monday, four other explosive packages were discovered in Athens, addressed to the Belgian and Dutch Embassies as well as to French President Nicolas Sarkozy. A further package, bound for the Mexican Embassy, exploded at a delivery firm slightly injuring an employee.

Berlin officials have notified all government ministries and state government facilities to exercise increased caution with packages originating in Greece and all book deliveries. They say that further parcels could be on their way to other European capitals.

It is thought that the package bombs may have been sent by leftist extremists. A connection with al-Qaida is seen as unlikely.

Last week, two package bombs sent from Yemen to the United States were intercepted in Britain. The parcels, thought to have been sent by al-Qaida, were transported via UPS.