It was supposed to be the beginning of a new era for Germany's Social Democrats (SPD). Following state elections in Brandenburg, held concurrently with the Sept. 27 general elections in Germany, SPD Governor Matthias Platzeck entered into a governing coalition with the far-left Left Party. Such an alliance has long governed the city-state of Berlin. But following the SPD's election-day debacle -- a miserable result of just 23 percent of the vote -- the party saw fit to begin opening itself up to the left elsewhere as well.

The experiment, as recent events indicate, has been a disaster. On Wednesday, it was revealed that Michael Luthardt, a member of Brandenburg's state parliament, was an informant for the East German secret police, the Stasi. Even worse, his was the seventh such case unveiled since the election.

"What's happening at the moment is extremely painful," Platzeck said this week. He intends to go before the Brandenburg parliament on Friday to address the issue.

The center-right Christian Democrats (CDU), with whom the SPD had governed Brandenburg for 10 years prior to the September elections, have lost no time in calling for Platzeck to dissolve the current government. "The governor should take this opportunity to extract himself from this coalition," says Hermann Gröhe, the CDU's general secretary at the national level. "The almost daily revelations of further Stasi cases are destroying his government."

Cooperation with the Left Party in Germany had long been seen as taboo. The party was created in 2007 when the Party of Democratic Socialism, the successor party to East Germany's communists, merged with the western German WASG, a collection of disgruntled leftists and champagne socialists. Mainstream parties sought to avoid any form of cooperation with the presumed neo-communists.

But it quickly became apparent that the Left Party was not to be ignored. It has a sizeable following in many eastern German states and, under the leadership of ex-SPD head Oskar Lafontaine, has made impressive advances in western Germany as well. It now has representatives in the state parliaments of 12 of Germany's 16 states.

Indeed, much of the party's support came at the expense of the SPD, as the center-left party haemorrhaged members and votes after Chancellor Gerhard Schröder pushed through deep cuts to Germany's welfare benefits earlier in the decade. Following the disappointing results in September, the SPD began a shift back to the left, with many in the party calling for an end to the rejection of the Left Party.

The revelations in Brandenburg, however, could put that project on hold. In addition to Luthardt, the vice president of the Brandenburg parliament, Gerlinde Stobrawa, was forced to resign earlier this week. Left Party parliamentarian Renate Adolph likewise stepped down.

The Brandenburg daily Potsdamer Neueste Nachrichten reported on Thursday that the federal leadership of the Left Party was considering a number of measures to confront the scandal. The paper quoted one anonymous member of the party leadership as saying that an end of the Brandenburg governing coalition was seen as a possibility. The party, however, was quick to deny the report. 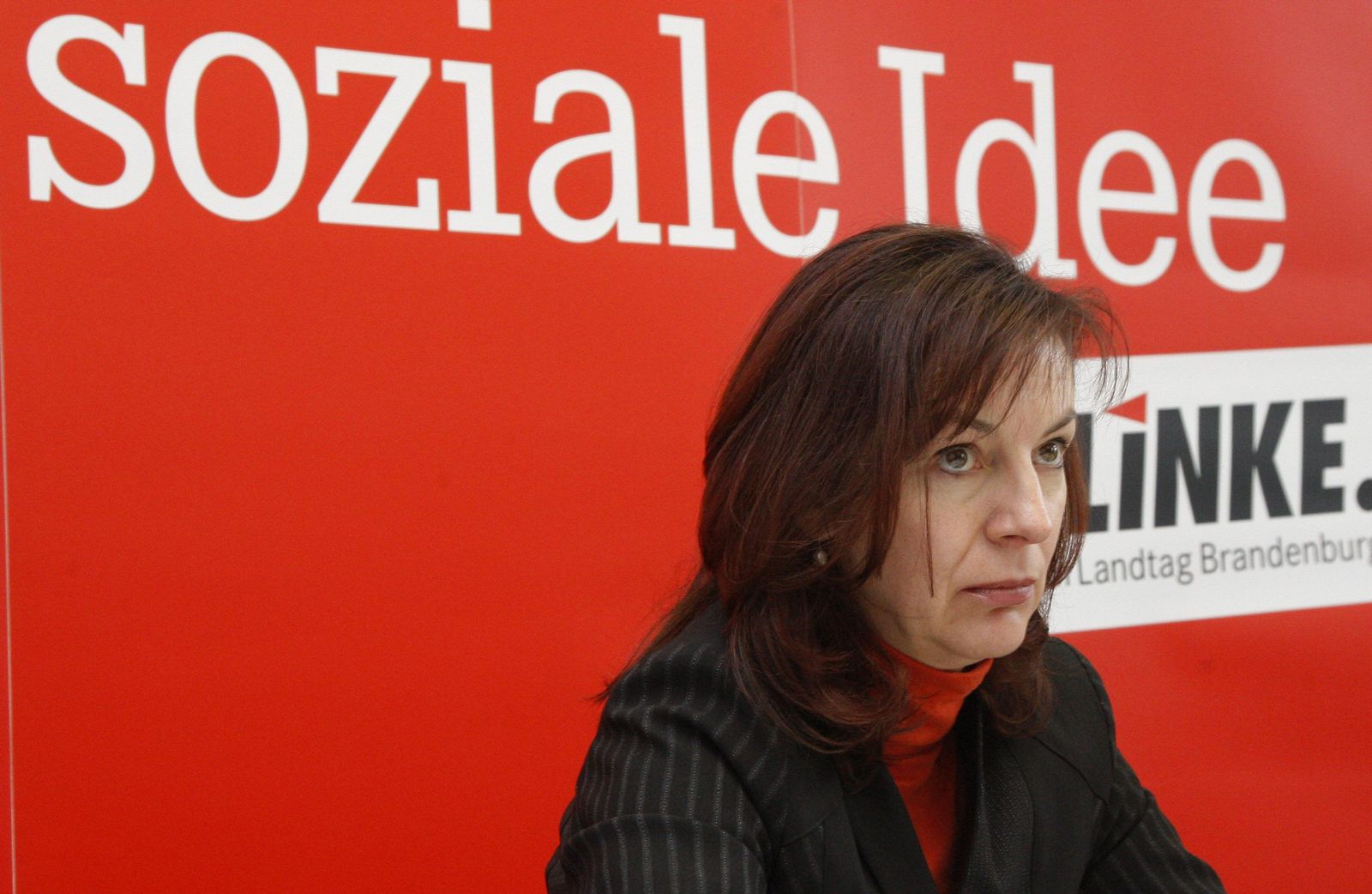 Left Party floor leader Kerstin Kaiser has been forced to answer some uncomfortable questions following revelations that a number of her fellow party members were once informers for the East German secret police, the Stasi.