Late Wednesday morning, Peter Altmaier stood in front of the conservative Christian Democratic Union (CDU) party's national headquarters in Berlin with his blazer thrown over his shoulder and his long sleeves rolled up. Temperatures were at the freezing point, but the winter sun appeared to have kept the Chancellery chief warm. "There is a good chance that we are going to get a new government," said Altmaier, who is Angela Merkel's chief of staff.

In the end, the most important politicians from Merkel's CDU, its Bavarian sister party, the Christian Social Union (CSU), and the center-left Social Democratic Party (SPD), met in a 24-hour marathon session at CDU headquarters to negotiate a new German government coalition. With everyone suffering from exhaustion, there was little by way of euphoria after the breakthrough came on Wednesday.

"It's also high time that we have the prospect of a new government," Alexander Dobrindt, who heads the CSU's state group, told reporters as he left CDU headquarters. He added that if members of the SPD approve the coalition agreement, the new government could be installed before Easter. As a precondition for entering into talks, the SPD decided it would put any final agreement up for a vote by the entire party.

The negotiations lasted twelve-and-a-half days and a night. In the end, talks hinged on two points that had, from the very beginning, been majorly tendentious issues: the ability under current German law to issue temporary contracts for employees for up two years and what has been described as the country's two-tier health care system -- in which some people are able to obtain private insurance with extra privileges and others are in a public system. The SPD is strongly opposed to both the labor-law loophole and the health care divide and made them major issues in its negotiations. At the tail end of negotiations, the parties also found themselves wrangling over the allocation of the most important government ministries.

At a special party conference at which the SPD voted on whether to enter into formal talks with Merkel's party, Social Democrat Chairman Martin Schulz was explicitly ordered to improve his party's position on those issues in the negotiations, making them especially symbolic. But many also wondered how he could ultimately get Merkel of the CDU and Horst Seehofer of the CSU to come to an agreement.

The third negotiating priority of the Social Democrats was on the right of family reunification for refugees. The SPD reached a compromise with the conservatives on the issue at the middle of last week, but the further negotiations progressed, they kept running into other sticking points. On Monday, during negotiations at CDU headquarters, insiders mentioned that there were 15 different issues where an agreement had not been reached, with some even murmuring of 60 open points.

But it's not as though every issue was contentious. In the numerous meetings of the parties' 18 different working groups over the past week and a half, plenty of compromises were reached without much hassle. These parties, after all, are no strangers -- they ruled together in the last government.

But another day passed. A day which acting Chancellor Merkel started by saying that all would have to make "painful compromises," and at the end of which SPD Deputy Chair Ralf Stegner would say that since Günter Grass, we have known that "progress is a snail" before disappearing into the cold Berlin night.

In the meantime, negotiations continued at CDU headquarters, with the heads of the CDU, CSU and SPD in talks through the entire night, at times taking breaks so that senior members of the individual parties had time to discuss the issues. The rest of the 90 negotiators had been sent home long before, although they were still "on call."

Sticking points remained even then -- especially when it came to the question of which party would get which ministry. Slowly, the feeling began to creep in that these negotiations might collapse like those between the conservatives, the business-friendly Free Democratic Party and the Greens did last fall.

In the end, the parties persisted. At 9:45 a.m. on Wednesday morning, a source at a high level within the negotiating teams informed DER SPIEGEL that a breakthrough had been achieved and a deal struck on both the divisive political issues and the allocation of ministries. A short time later, the so-called round of 15 senior party members also gave its blessing to the deal.

A compromise on the health-care issue would see the creation of a commission to explore whether it would be possible to equalize medical fees between those who are publicly and privately insured. The coalition contract would also see the government moving to limit the period in which an employee can be legally terminated without cause from two years to 1.5 years. The result being that, in the future, companies would no longer be able to issue multiple temporary contracts to employees before being forced under law to convert them to permanent contracts.

That's not exactly a massive success for the SPD, but it can at least be pleased with the distribution of government ministries. Under the deal, in addition to landing the important Labor and Social Affairs Ministry, it would also get the Foreign and Finance ministries. The party would also head three other ministries -- justice, family and environment. Many within the CDU, meanwhile, are likely disappointed because the critical Finance Ministry, which will be central to any reforms of the European common currency, has been lost and because its CSU sister party is now likely to head a "Super Interior Ministry" that would also be souped up to include construction and a homeland affairs element. Those are likely the "painful concessions" Merkel had referred to.

The main thing for Merkel, though, is that she will still be in power.

It's almost always the case in important negotiations that the top bosses are the ones who negotiate the final tough details. With the SPD, it's hard to know how much free rein party chair Martin Schulz had been given considering all his problems. CSU boss Seehofer's authority also seemed a bit eroded. For her part, Merkel had to face challengers within her party for some time now.

That's partly why these negotiations took longer than anticipated. In the end, three more-or-less faltering politicians managed to save themselves by reaching a deal -- at least for now. Schulz said Wednesday he would step down as SPD party chair and instead become Germany's next foreign minister.

Even though these were the shortest coalition negotiations in postwar German history, it still felt like they moved at a glacial pace because of the earlier failed talks with the FDP and Greens. Almost four and a half months have passed since elections took place on Sept. 24.

The matter isn't entirely settled yet, either. The entire SPD membership will have the ultimate say. The Social Democratic Party base is now slated to hold a vote on whether to accept or reject the coalition agreement.

And that vote won't just be on the question of whether the so-called "grand coalition" (abbreviated as "GroKo" in German) between the conservatives and the Social Democrats should continue for another term. If members, spurred by factions like the #NoGroKo group headed by Kevin Kühnert, the head of the SPD's youth wing, vote to reject the agreement, it will not only throw the party into complete disarray, it will plunge the entire country into political chaos. 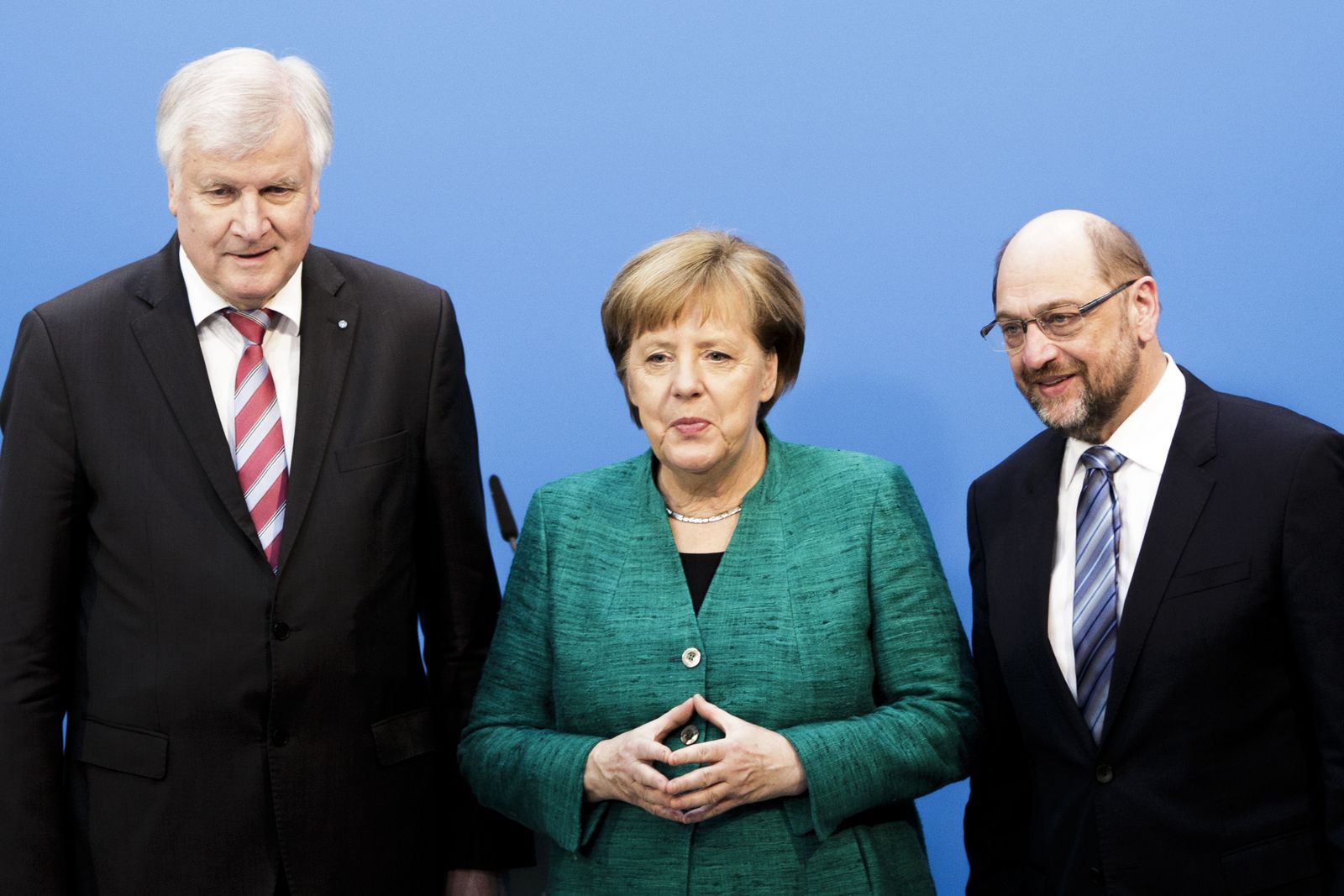