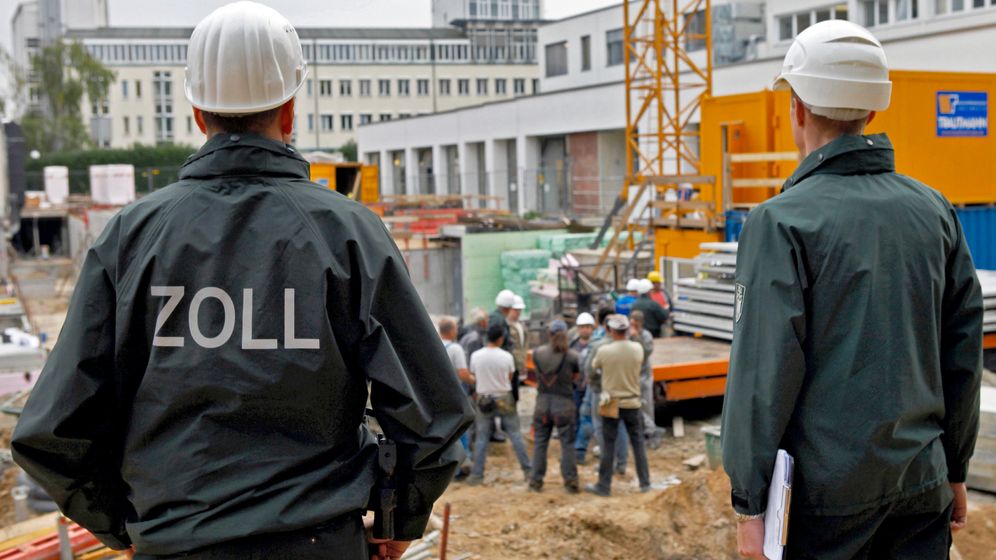 In their hands they hold plastic bags filled with letters from German authorities and reminders from debt collection agencies, most of them unopened.

"Why do Germans write so many letters?" asks one Bulgarian woman, shaking her head in disbelief as she stands in a long line outside the Verikom advice center in Hamburg. "In our village we didn't even have a mailman," she says.

To ease her frustration, she has sorted her baffling assortment of mail. Yellow envelopes are overdue payment notices and therefore dangerous. Letters bearing a heraldic eagle are from the state. Colored logos usually mean bills from telephone companies.

Worlds have been colliding ever since increasing numbers of Bulgarians and Romanians began streaming into Germany. In many ways the authorities are just as overwhelmed by the often penniless European Union citizens as the immigrants themselves are by the realities of life in Germany.

This week, the Expert Council of German Foundations on Integration and Migration (SVR) will present its 2012 evaluation. The annual report, which analyzes collaboration on integration policy between national, regional and local authorities, comes to a sobering conclusion: Coordination is inadequate, while effective cooperation is largely non-existent.

The problem is most evident in the way authorities deal with the new groups of immigrants from southeastern Europe. There is no overriding strategy. Worse still, many regional and national politicians assume the Bulgarian and Romanian immigrants are merely seasonal workers who will soon return to their home country -- just as the German government mistakenly expected Turkish and Greek "guest workers" to do decades ago.

Local authorities are only now beginning to realize that the immigrants from Germany's eastern EU neighbors also intend to stay for good. Berlin is taking a pioneering role in this respect, and aims to ratify an action plan designed to fundamentally improve the conditions for immigrants by 2016.

Week after week, reports from other cities show just how necessary such measures are. In late March a raid in the southwestern city of Mannheim uncovered serious cases in which landlords were charging immigrants exorbitant rents for apartments with inhumane conditions and no lease contracts. Two Romanians in Stuttgart were recently convicted of exploiting girls from their own country as prostitutes in so-called "flat-rate brothels." And new arrivals in Münster have set up a tent camp along a canal.

Countless southeastern Europeans make ends meet as day laborers, sometimes earning no more than €3 ($3.89) an hour, with no heath insurance or contributions to the social insurance system. In Frankfurt alone, investigators estimate that 10,000 to 17,000 Bulgarians are falsely claimed as self-employed, and are actually engaged in work that should be subject to health and social insurance contributions as well as an employment contract.

Because many towns and cities don't have targeted integration programs or state-run advice centers for Bulgarians and Romanians, non-profit groups like Hamburg's intercultural communication and education association Verikom are trying to help out.

'The Last Link in the Chain'

Tülay Beyoglu, the 33-year-old daughter of Turkish immigrants, normally works at Verikom advising Arab or Turkish migrants on issues relating to divorce and alimony. But for some time her office has been inundated by requests for help from Bulgarians who barely speak German and are often unemployed and homeless. Beyoglu is patient, and often works overtime. "We could use another 50 pairs of hands here," she says.

A year-and-a-half ago, a Bulgarian woman came to see Beyoglu for the first time. The woman had been tricked by a Turkish furniture store and is still paying off a dubious loan. She and her family to this day live in a rundown apartment block in the Wilhelmsburg district of Hamburg. The building is known locally as "the Bulgarian boarding house." She does not have a lease, and if she needs proof of residency for the authorities, which is required by law in Germany, she has to pay the landlord a €400 bribe. "Bulgarians are the last link in the chain," Beyoglu says.

Each day crowds of southeastern Europeans converge on her office. Some complain about corrupt employers, others burst into tears recounting how human traffickers robbed them of all their money. Larger families have been known to pay smugglers €5,000 to bring them to Germany. Unwitting parents have given supposed helpers €1,000 simply to file an application for child benefits.

The people who come to see Beyoglu often offer her money for her help. "They're used to having to pay for everything in their home countries," she explains. Many of the more recent immigrants from Bulgaria and Romania are Roma. "They don't understand the German welfare system yet," Beyoglu says.

Such realizations don't seem to have reached the national level yet. Only last December the Interior Ministry sent the European Commission a report on the situation of Roma living in Germany. The report concluded that a national strategy was "not required" because the Roma had access to existing integration programs.

The rule that applies to the Roma applies equally to all other Romanians and Bulgarians. Because there are EU citizens, they can't be forced to attend language and integration courses that are offered free of charge to immigrants who hold non-European passports -- and if they voluntarily choose to do so, they are charged for the privilege.

"The government's report flies in the face of reality," says SVR chairman Klaus J. Bade. "It shows that the political machine won't start moving until after an accident has already occurred."

Bade has taken an in-depth look at the new arrivals from southeastern Europe, and warns of the danger of repeating integration policy mistakes from the past. After all, programs set up for Arabs or Turks who have been living in Germany for many years are ill-suited for the needs of Roma from Bulgaria and Romania. They must first "understand the everyday rules of the Western world -- things that can't be learned in a remote southeastern European village," he says.

Berlin's traditionally multicultural Neukölln district provides a good example of the deep divide between newly arrived immigrants and well-established foreigners. For some time now, Romanians and Bulgarians have been trying to find their place alongside Neukölln's Turks and Arabs.

In April, the district published its second "Roma status report," which found that many Roma live under "precarious circumstances." Furthermore, many children are "underdeveloped for their age and illiterate" and have "little or no prior school experience."

Other problems detailed in the report include "noise pollution, higher volumes of trash, property damage and a generally different concept of neighborly coexistence." Neighbors often react to the new arrivals with "a lack of understanding, resignation, cries for help, fury, outrage and even hate." Despite being EU citizens, the Romanians and Bulgarians were last in the "ranking order" of the nationalities represented in Neukölln, the report concluded.

Neukölln school council member Franziska Giffey experiences the report's findings almost on a daily basis. Two years ago she was one of the first people to notice the flood of children from new migrant groups in her schools. Giffey tried to find teachers and tutors with suitable language skills, and alerted her colleagues in both her local authority and the Berlin city government. Even so, she often feels powerless to help. "What we're seeing here is the impact of the migration of Europe's poor," she says. "We can't control the situation, we can only react to it."

In late April, a working group of various Berlin departments in the Berlin city government discussed the plight of the city-state's new immigrants. After much delay, the issue will now finally be addressed by local government.