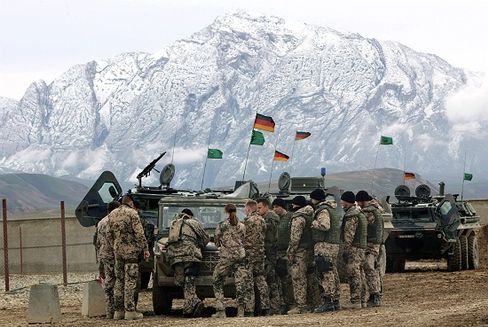 The Bundeswehr in Afghanistan

Members of the German Green Party on Friday forced their leaders to plan a special meeting to discuss the military's role in Afghanistan, ahead of a routine parliamentary vote on extending the mission this September.

The rupture within the party could clearly be seen at a "war convention" held by the Greens at the time. On the eve of the government's decision to send jets into combat in Yugoslavia to stop the ethnic cleansing of Kosovo, an enraged pacifist Green threw a paint-filled balloon at Fischer so hard that it damaged his eardrum.

Now that support for the Afghanistan mission is ebbing even among center-left Social Democrats, the dovish and far-left segments of the Green Party have forced a meeting on whether Green lawmakers should vote against extending German commitments in September.

In an interview with DER SPIEGEL, Renate Künast, the 51-year-old head of the Greens' parliamentary group, discussed her party's stance toward Afghanistan -- and distinguished between helping the US and NATO missions there.

SPIEGEL: Ms. Künast, your political base has forced the Green Party to hold a special party meeting in September, where you will vote on a Green Party position over the Bundeswehr deployment. Are the Greens returning to their pacifist roots?

KÜNAST: We won't fall back to the position we held 30 years ago. The Greens are very aware of their responsibility to the region and its people. But there are many in the party who wish to have an intense and serious discussion before the vote in the German parliament, the Bundestag, this autumn. They are concerned about the same question that many German citizens are also asking: How do we proceed there?

SPIEGEL: What outcome do you expect from the meeting? 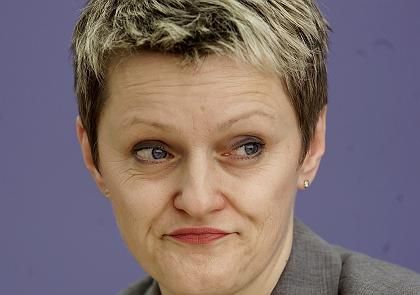 KÜNAST: I am certain that the Greens will continue to reject the mandate for "Operation Enduring Freedom" (the US-led war on Afghan terrorists that has caused considerable civilian casualties). This anti-terror battle is counter-productive and is endangering rebuilding efforts. There will be fundamental support, however, for the ISAF mandate -- the (NATO-led) deployment of the Bundeswehr in northern Afghanistan. Nevertheless, there will certainly be demands that it should be bundled with stronger civilian reconstruction efforts. I also expect a critical discussion about the deployment of Bundeswehr Tornado (reconnaissance) jets. But we will likely tolerate it. The deployment is correct because it serves to protect soldiers. But it must remain clearly separate from the American war on terror.

SPIEGEL: At the end of the day, parliament must decide whether or not to extend the Bundeswehr's deployment in Afghanistan. Will you personally feel bound to the outcome of the vote at the Green Party conference?

KÜNAST: In principle, this is a matter of conscience for each member of parliament. But I assume that I will not find myself dissenting from my party.