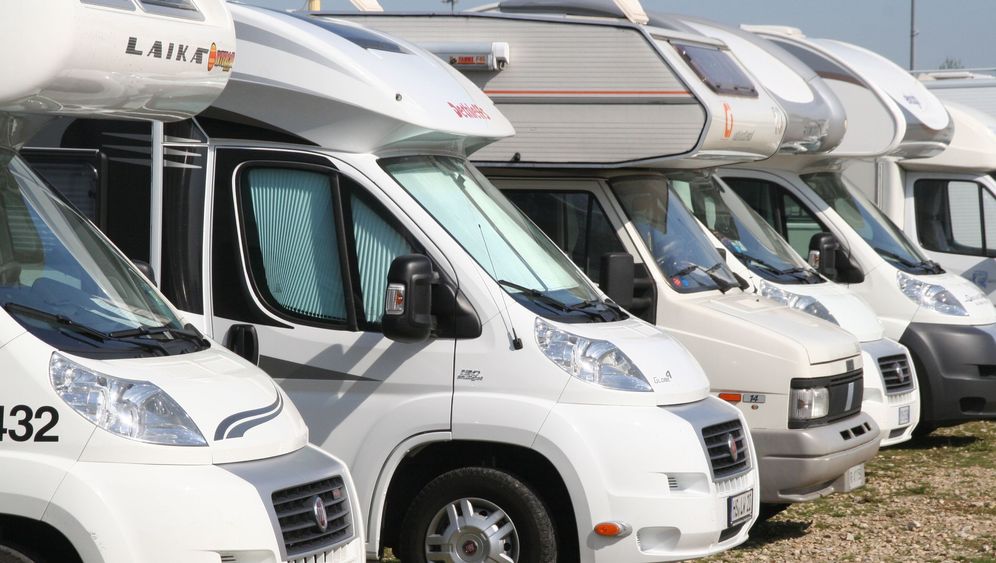 Last Sunday, Michael Spitzweg and his sister Claudia Hartl were busy at the campground they run on the outskirts of Munich, picking up beer bottles and bits of trash left over from the weekend rush.

A mere two days before, nearly 800 mobile homes bearing the letter "I" on their license plates had rolled into their camp, marking the beginning of Oktoberfest's so-called "Italian weekend," traditionally the second weekend of the world-famous festival. Directing one caravan after another to their designated parking spaces, Spitzweg and his colleagues packed the motor homes into rows like bulky, white sardines.

"What I find interesting is that so many Italians come up just for one day," Spitzweg told SPIEGEL ONLINE. "For me, that'd be too stressful. But then again, maybe we Germans have a different way of thinking."

According to Munich's tourism office, about 200,000 Italians attend the Oktoberfest every year. The "Italian weekend" alone sees 75,000 people make the trek northward, something tourism officials attribute to a late vacation season in Italy when motor homes are cheaper to rent.

And when the Italians come to the city they call Monaco di Baviera, they bring their euros with them. Tourism officials estimate that Munich's restaurants and retail stores get a €30 million ($41 million) boost from the festival's 200,000 Italian guests, with each person spending an average of €150 a day. The Italians make up just over 3 percent of the event's estimated 6.1 million guests.

All About the Beer

The scene outside the subway station connecting Spitzweg's campground on the outskirts of Munich to the city center says it all. Just outside the station's concrete foyer, a sign reads, "Originale Oktoberfest Birra" (Italian for "Original Oktoberfest Beer"), flanked by a colorful wall of crates containing hundreds of bottles of local beer.

Entrepreneurs at heart, Spitzweg and his sister also provide their guests with opportunities to stock up on food and beer for the hours not spent out on the town. They have erected a beverage tent selling everything from cases of Hofbräu lager to two-liter bottles of special Oktoberfest brews. There is a grill station where hungry campers can get their fill of salty bratwurst and warm Bavarian meatloaf, and a souvenir stand with Oktoberfest-themed knickknacks.

One camper from Florence admitted that he wasn't sure why so many Italians choose this particular weekend to pack their things into a cramped caravan and head north to Munich, but he speculates it is for the beer.

Italian Police on the Beat

"The Italians love to drink," Wenger said. "That doesn't necessarily mean they're good at it."

Wenger was quick to add that Italian guests at the Oktoberfest rarely cause problems. But in the event that any would cause trouble, Munich started inviting members of Italy's national police force in 2005 to accompany its officers while they patrol the Oktoberfest grounds.

This year, five police officers from Bolzano in South Tyrol, where the majority of the population speaks German, are supporting Munich's 300-strong police force on duty at the festival. Most of the time, the mere presence of a familiar uniform is enough to prevent a situation from escalating, Wenger said.

"We're able to show that there will be consequences back home in Italy, too, for people who misbehave," he said. "That always comes as a surprise for our Italian guests."

The Italian officers also go to local radio stations in Munich and provide traffic reports in Italian, warning anyone traveling by car against drinking and driving, and alerting them of the presence of random sobriety tests.

One of the people who made the journey to Munich was a woman in her 20s who gave her name as Elena. She and seven friends had driven all the way from Ancona, a small city on Italy's eastern coast.

Sitting on a picnic blanket, with half-empty bottles of juice and bread crumbs littering the ground around her, Elena explained that many people chose this weekend to come up because it was a popular time to take off work.

"It's a famous festival," she said. "A lot of people come here to try and have fun."

"By the way," she added, peeling the skin off a chunk of salami. "Do you want a beer?"