With its often more progressive stances on some controversial issues, the arm of the Catholic Church in the German-speaking world has long posed problems for Rome. Now a modern day schism is threatening the area's priestly establishment. The brewing split exposes a rift in the German speaking world between more liberal reform minded and conservative Catholics regarding the future of the church. The stakes are high, with the number of men applying for the priesthood in decline as the church loses appeal among younger generations.

The liberal Pastors' Initiative wants to reverse that trend, which has forced parishes to close, by making priesthood more accessible. Last June it put out a "Call for Disobedience," calling for a rewrite of the church's long standing views against homosexuality, divorce and celibacy.

The group wants the priesthood to be opened up to women and to allow priests to marry. It says that communion should be more accessible, including to members of other churches and to those who have divorced. They want qualified laity to be able to give sermons and believe that churches should have a stronger local presence, rather than relying on sermons from traveling "celebrity" priests. The movement has its roots in Austria, where it counts more than 400 priests and deacons as members. But it is gaining ground across Europe with sympathetic clergy in France, Ireland and other countries expressing support. The Austrian group even has its own German Facebook page, with more than 900 likes.

'On Its Way To Building Its Own Church'

The conservative Network of Catholic Priests, founded in Frankfurt in 2001, claims the movement is "on its way to building its own church." The reformers are "creating a schism in the German speaking Catholic world, which has long since happened under the eyes of the bishops," said a spokesperson for the network, which represents more than 500 clergymen.

Together with priests from Germany, Austria and Switzerland, the network is calling for Catholic Bishops to intervene in a decisive manner. They say that the Initiative's reform efforts are doubtful and in direct opposition to Catholic Church doctrine. The head of the German Bishops Conference and Freiburg's archbishop, Robert Zollitsch, has threatened that the actions of the reformers will have serious consequences. "Whoever continues to take up the fight is committing a sin against the unity of the church," he said.

The Catholic Church has yet to weigh in on the Austrian rebel movement. According to the Vatican Insider, Pope Benedict XVI, who is German, is very worried about the growing schism and has been calling secret high level meetings over how to handle the group.

Helmut Schüller, head of the Initiative, told the Vienna Review that because their numbers are so high, they aren't worried about being kicked out of the church. The "Call to Disobedience" has been translated into nine languages and Schüller believes that it will gain support in much of the emerging world where the priest shortage is even more acute. In the end, he has said his goal isn't to create a separate church, but to modernize the existing one. 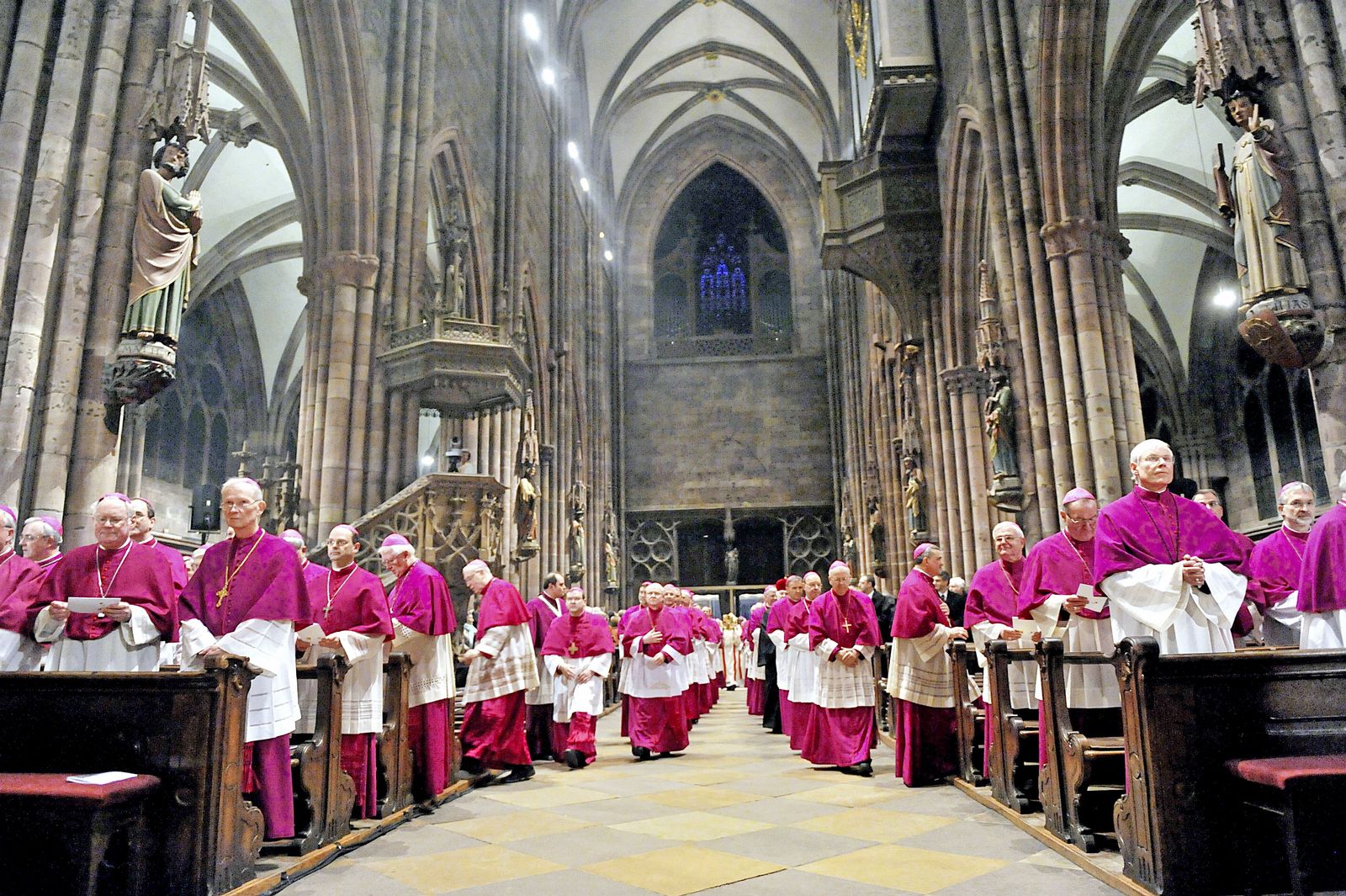 Catholic Bishops with the German Bishop's Conference in a 2010 archive photo.