For years, Jörg D. was plagued by feelings of shame, insecurity and rage. Finally, on Sept. 17, 2009, he sent the pope a four-page letter describing his plight. "I beg you for help, in whatever form possible," he wrote.

But Benedict XVI remained silent. To this day, Jörg D., now 25, has not received a response, "not even a two-liner, nothing, nothing at all." 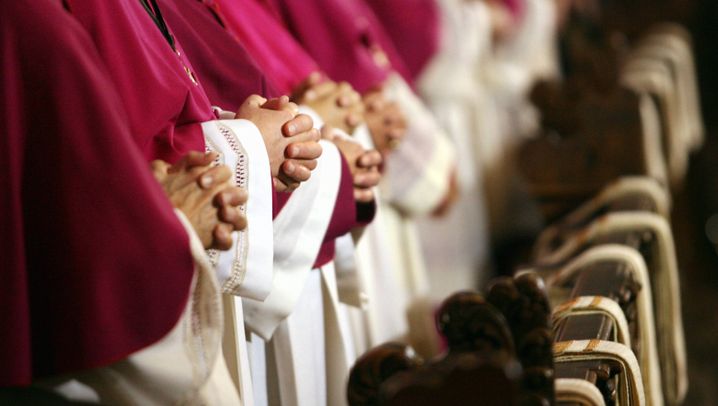 Photo Gallery: Sins of the Fathers

Franz-Josef Bode, the bishop of the city of Osnabrück in northwestern Germany, hasn't been much help either. He advised D., a victim of abuse, to "forgive and forget."

In fact, Bishop Bode wants all the 14 victims, who at the time were altar boys and children preparing to receive their first communion, to forgive and forget. Over the course of several years, ending in 1995, they were sexually abused a total of 227 times by their priest in a village near the Dutch border. The priest involved, Father Alois B., got off lightly, with only a probation sentence.

"The church was more concerned about the offenders than the victims," says Jörg D. "It provided them with therapy, stays in health resorts, new apartments or new positions, and it assiduously wiped away their old tracks. The abused children were left to fend for themselves."

New allegations of abuse by members of the Catholic Church are emerging every day. Ursula Raue, a Berlin attorney who has been engaged by the Jesuits to handle abuse cases, has counted 12 suspects and 120 victims in the space of only three weeks. Raue says that the order knew of only two suspects and seven victims in late January. "The numbers are rising by the day," she says. Many other orders, Catholic institutions and parishes are affected, as new victims report cases of alleged abuse to dioceses, newspapers and counseling centers throughout the country.

Despite the apparent urgency of the situation, Germany's highest-ranking Catholic, Freiburg Archbishop Robert Zollitsch, had been unavailable for comment for weeks during the scandal. At a meeting of the German Bishops' Conference this week in Freiburg, the issue of "sexual abuse" was initially intended as a secondary item on the agenda. "The aging society" was meant to be the main focus of the meeting.

In reacting to what is probably the biggest scandal within their ranks in decades, German bishops have seemed helpless and dazed, sometimes concerned about the victims, but often stubborn, out of touch with reality or ignorant -- and generally confused. Some say they are "stunned and concerned," while others, like Augsburg Bishop Walter Mixa, have summarily assigned some of the blame for the abuse to the "so-called sexual revolution."

All of the publicity has overshadowed the more urgent needs of conducting a thorough investigation into the incidents, prosecution of the offenders and help for the victims.

What is needed is an independent commission, with a staff to investigate all allegations and hold accountable the offenders and those who knew about them within the church hierarchy. Such a commission would also have to ensure that the long-neglected victims finally receive counseling, therapy and compensation.

This is the way the abuse scandals involving the Catholic Church in Ireland and the United States were dealt with. Commissions in those two countries investigated thousands of alleged offenders. Ireland's commission was headed by an experienced judge, who was given the authority to inspect secret Church records and question the parties involved. Are Germany's bishops afraid of so much transparency and the results it could yield?

Even the German government is unequivocally calling upon Church leaders to take action -- an extremely unusual approach in the context of the relationship between Church and state.

"I expect the Catholic Church to provide concrete information on which measures are being taken for a complete investigation," says German Justice Minister Sabine Leutheusser-Schnarrenberger. "It is not very helpful when a few people in positions of authority, like Bishop Mixa, hide behind polemical pretexts instead of helping to resolve the matter."

Leutheusser-Schnarrenberger, a member of the liberal Free Democratic Party (FDP), proposes the appointment of ombudsmen and a round table of representatives of the government, the Church and victims. Such a panel, she says, would be "a good way to clear up the many abuse cases and give the Catholic Church an opportunity to enter into dialogue with the victims over voluntary compensation."

The prevalent view within the clergy, however, is still that sexual assaults are isolated cases, the regrettable transgressions of brothers gone astray. German bishops are determined to avoid the fate of their Irish counterparts, who were summoned to Rome last week for a public dressing-down over their handling of child abuse scandals.

At the same time, the many new suspected cases indicate that abuse of children and adolescents was apparently widespread throughout the Catholic world. One of the German Catholic institutions where child abuse allegedly took place is the Franz Sales House, a facility for handicapped people in the western city of Essen, which recently celebrated its 125th anniversary as a "venerable institution with a great history." It represents "a culture of attentiveness," Essen Auxiliary Bishop Franz Vorrath said.

'We Were Locked in the Attic'

Rolf-Michael Decker describes what he claims happened to him there as a 14-year-old. "We were sometimes locked into rooms in the attic, for example after attempts to run away," he recalls. "One night K., one of the teachers, stood in front of my bed and told me to come with him. He took me to his room, locked the door and told me to take off my nightshirt. He began fondling me and undressed himself in the process. It was all very strange to me, and I felt uncomfortable, but he threatened me, saying that if I didn't keep quiet I would be locked up for much longer."

Photo Gallery: Sins of the Fathers

Today, however, the current director of the institution, Günter Oelscher, does want to see the abuse allegations cleared up, "regardless of (the effect on) the institution's image."

Apparently the order of the Salesians of Don Bosco has been particularly hard-hit. As a spokeswoman admitted in response to a SPIEGEL inquiry last Friday, abuse allegations have been leveled against four individuals currently or previously associated with the order, both members of the order and employees. They relate to the former Don Bosco Children's Home in Berlin, where two priests and an employee allegedly molested underage youths until the 1970s.

Another accusation is directed against a former member of the Salesian order, who worked in the Don Bosco Students' Home in the Bavarian city of Augsburg until the mid-1970s. According to spokeswoman Gabriele Merk-Horstmann, the order intends to look into "all allegations without regard to the identity of the individuals involved," and to "offer victims the support available to us."

Sexual abuse is also believed to have occurred in a children's home run by the Sisters of Charity of St. Vincent de Paul in the town of Oggelsbeuren in southern Germany. A victim says that, as a child, he was required to bring the pastor his meals in his room. The pastor apparently showed the boy pornographic images while fondling him. The man was later transferred abroad. The case was submitted to the abuse commission of the Rottenburg-Stuttgart diocese late last week.

At a Catholic Marist boarding school in the Bavarian town of Mindelheim, boys aged 13 to 15 were allegedly summoned to the room of a lay teacher which was adjacent to the students' dormitory during the night. According to a former student, the teacher would then give the children brandy until they were drunk, and would then molest and, in some cases, rape them.

The witness estimates the number of affected boys at "10 to 15," just in his dormitory alone. Father Winfried Schreieck, the former director of the school, says today that he never heard of the abuse allegations. He adds that he is also certain "that those in charge of the order attempt to clear up any accusations that abuse victims report to the order."

Dozens of former victims of abuse have contacted SPIEGEL in the last two weeks with similar reports. Some say that now, decades later, they still feel disgust at the thought of the fondling, flirtation and kisses coming from the priests and laypeople, while others remain traumatized today after having been raped as children.

'Nothing Was Right in My World Anymore'

The names of the institutions, parishes and orders involved read like a who's who of the Catholic establishment. The Franciscans, for example, are dealing with charges of sexual abuse at a boarding school, long since closed, in Grosskrotzenburg near Frankfurt. A former student claims that several priests at the school engaged in abusive acts between the late 1960s and early 1970s. "We have contacted the former student, so that we can discuss the charges and, if possible, clear them up," says Hadrian Koch, the Franciscan provincial vicar in charge of the case.

Many Catholic entities and organizations, including the Salvatorians, the Pallottines, parishes, Church-run children's homes and scouting organizations, must now deal with allegations from former students.

Given their experiences, however, many victims have little confidence in an investigation conducted by precisely the institution that concealed the abuse, sometimes for years or even decades.

"What I experienced changed something fundamental in me," says a man who, as a child, was placed in a kind of relocation camp in Unna-Massen near Dortmund for ethnic Germans who were immigrating to Germany from former Communist countries. There, he was abused in a car by a priest from the Paderborn diocese.

"All of a sudden, nothing was right in my world anymore," the man recalls. "An offender like that has no idea what he's destroying in someone." 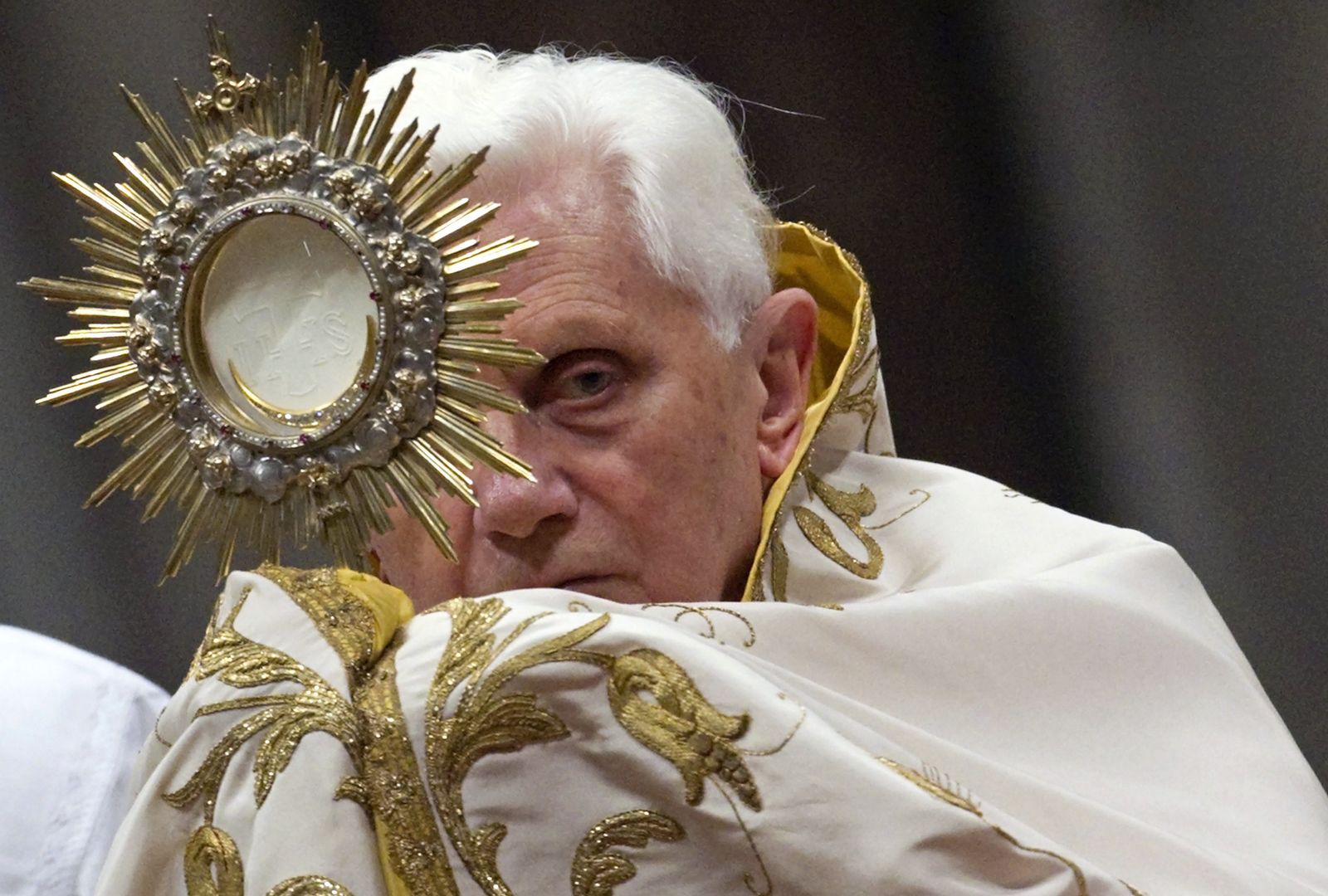 Pope Benedict XVI: The scandal has damaged the reputation of the Church in Germany. 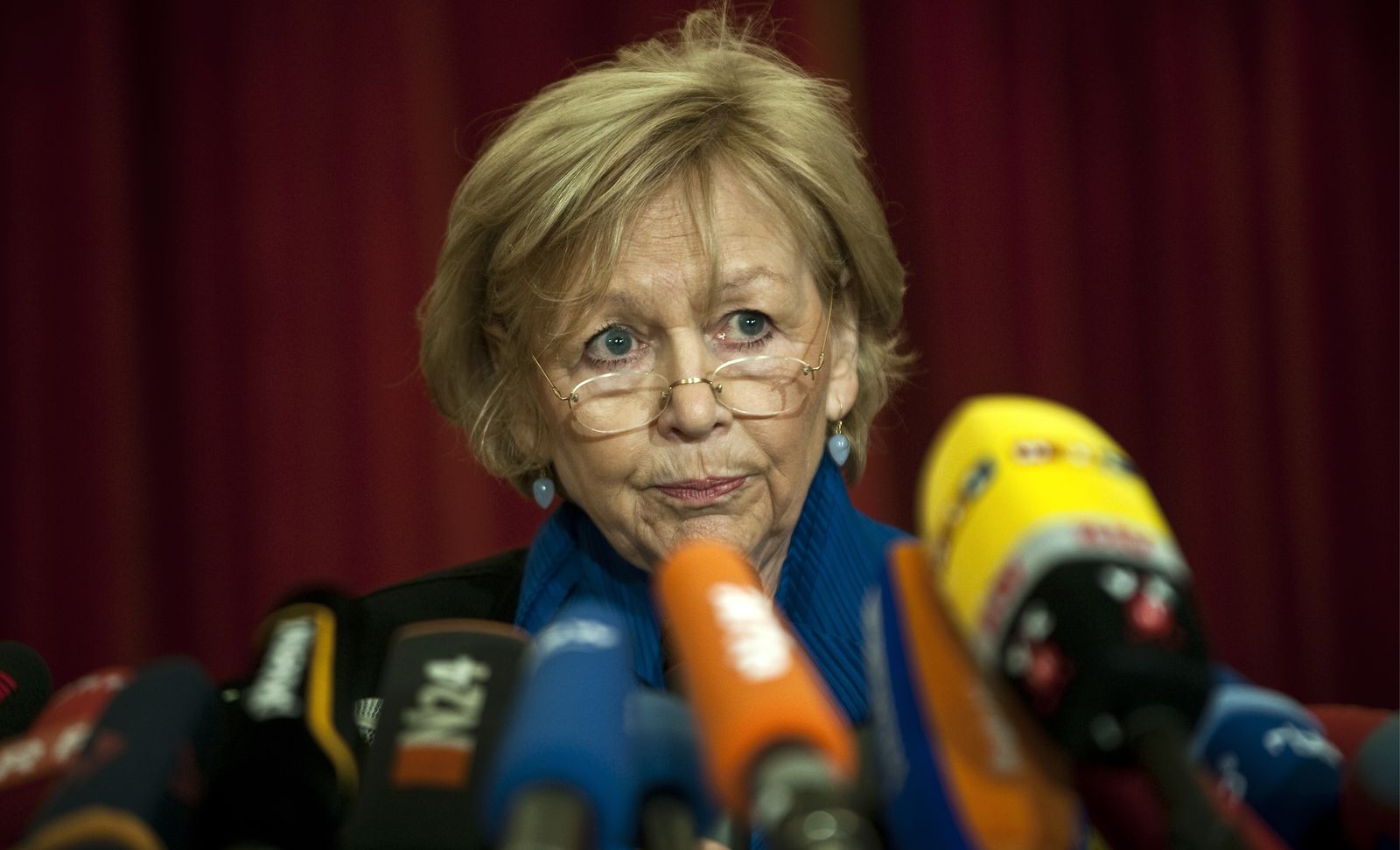 Ursula Raue, a Berlin attorney engaged by the Jesuits to handle abuse cases, has counted 12 suspects and 120 victims in the space of only three weeks.

Pope Benedict XVI: The scandal has damaged the reputation of the Church in Germany.

Ursula Raue, a Berlin attorney engaged by the Jesuits to handle abuse cases, has counted 12 suspects and 120 victims in the space of only three weeks.