Despite the initially sluggish start of vaccinations in Germany and a new scare over the AstraZeneca vaccine, large parts of the German population appear to be on track to be vaccinated in the coming months, possibly well before the end of the summer. "It is realistic that all adults who want to get vaccinated will be able to get a shot by the end of July,” said Sebastian Dullien, research director at the Macroeconomic Policy Institute at the Hans Böckler Foundation. "Only two conditions have to be met for that to happen: We have to get the vaccine and it has to be administered.”

The economics professor used data from the German Health Ministry to do a comparison of the planned vaccine deliveries for Germany and the demand for vaccine. According to his tally, deliveries to Germany of more than 111 million doses should be completed by early July – and that even if the planned CureVac vaccine isn’t authorized by that time and not a single dose of Russia’s Sputnik V vaccine is used. By the end of July, that figure should rise to over 128 million doses.

"I was surprised myself by how much vaccine there is supposed to be,” says Dullien.

(Almost) everything hinges on BioNTech/Pfizer

In his model, the economist assumes that 52.5 million Germans, or three out of four adults, want to be vaccinated. Vaccinating them would require a total of about 95 million vaccine doses, taking into account that the Johnson & Johnson vaccine requires only one shot. "In purely mathematical terms, you could achieve the goal by the end of July without any further use of the AstraZeneca vaccine,” says Dullien, provided that the other manufacturers deliver as announced.

According to the current timeline, BioNTech/Pfizer deliveries in particular are expected to increase dramatically during the second quarter: from just under 1.1 million doses per week to more than 2.5 million in the weeks after Easter – and later even to more than 3.7 million doses. In total, BioNTech/Pfizer is expected to supply around 60 percent of the total vaccine required by the end of the first half of the year. That also means that any shortfalls or delays would hit Germany hard.

The Johnson & Johnson vaccine could also turn out to be key. That vaccine is expected to be added to the mix from mid-April onward, with plans for a total of 10.1 million doses to be delivered by the end of June. But those numbers count double because it is a one-shot vaccine.

Merkel’s vaccine promise could easily be achieved: under two conditions.

But is still unclear whether and to what extent the recent loss of 15 million Johnson & Johnson doses following a mishap at a plant in the United States will affect the German vaccination drive. From the beginning of July on, Moderna’s deliveries are also expected to increase massively, from the previous level of around 530,000 to more than 2.05 million doses a week.

According to Dullien’s calculations, German Chancellor Angela Merkel’s vaccination target of offering every resident of Germany a shot by the end of the summer seems achievable. "According to the projection, a total of 200 million doses will have been delivered by Sept. 23, which would be enough for 116 million people,” the researcher says.

Related Article
"We Won’t Get Around a Serious Lockdown": A Third Wave Washes over Germany as Vaccination Campaign Mounts

But it will be crucial that these vaccines are administered swiftly. Doubts have been growing recently over how well the vaccine administration is being handled. Still, Dullien says Germany isn’t far behind on the vaccination path he has estimated would be needed to achieve the July goal.

This also means that the pace of vaccination needs to increase at a similar rate as vaccine deliveries, from currently less than 300,000 doses a day to around 500,000 administered doses and then even higher. To meet the vaccination goal for the end of July, an average of around 670,000 doses will have to be injected by then each day.

Vaccinations can slow down the third wave – but not immediately.

If vaccination centers and family physicians succeed in that, they could play a decisive role in slowing down the third wave in early summer. For some time now, relatively low death rates and low rates of infection among people over 80 years of age in Germany have provided an indication that the vaccinations are working in the people who have received them. But there haven’t been enough vaccinations yet to decisively slow down the number of new infections.

The effect is only likely to be palpable in Germany once around one-third of the population has been immunized. According to the Robert Koch Institute, Germany’s center for disease control, only around 13 percent of people living in Germany have been provided with their first jab of vaccine and only 5.6 percent have been completely vaccinated with two shots. It will probably take until May before one-third of the population in Germany has received at least one shot – and that’s if all deliveries arrive according to schedule and are administered quickly. 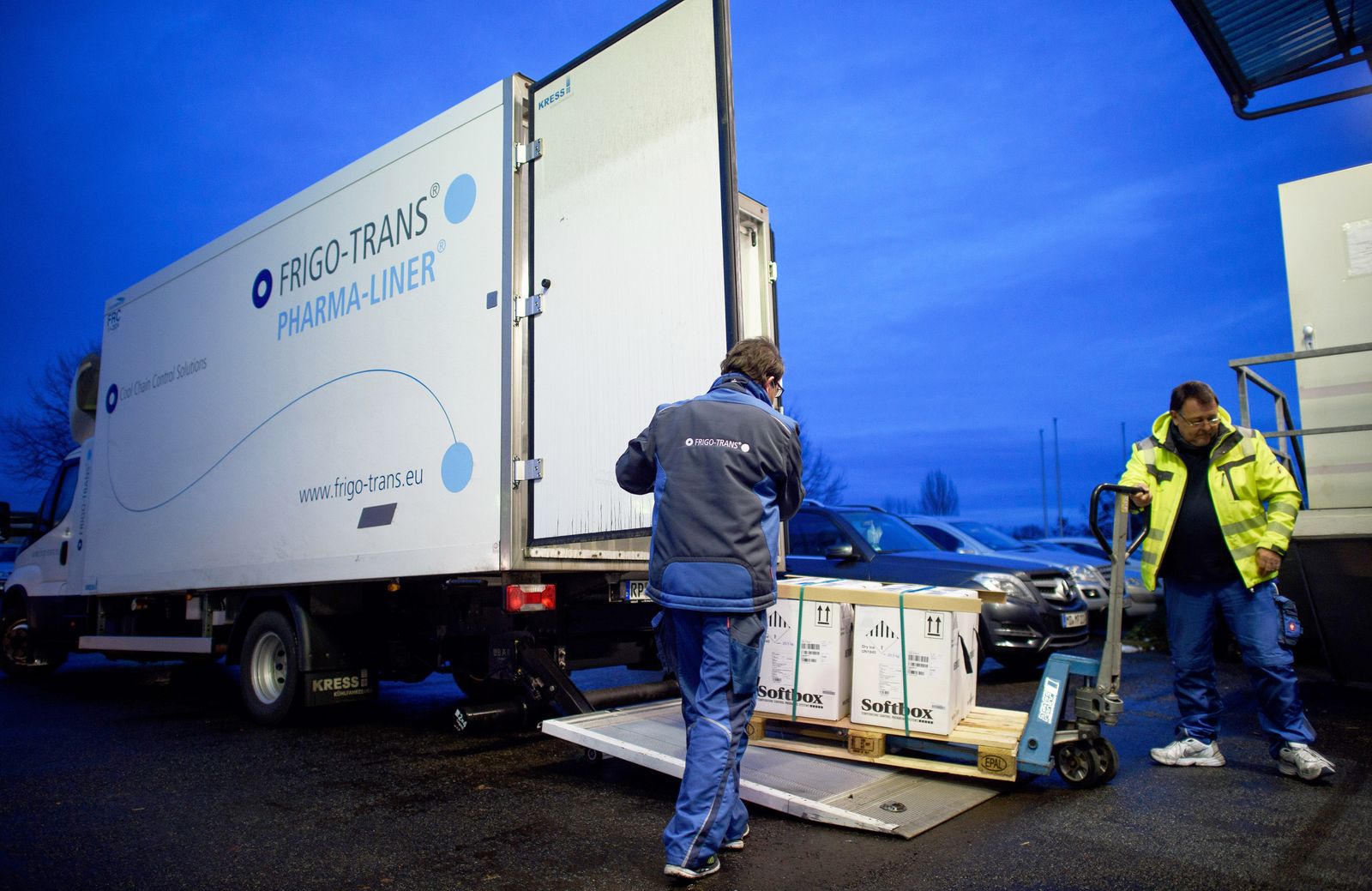 Vaccines are finally arriving en masse in Germany: The driver of a refrigerator truck unloads cases of doses from BioNTech/Pfizer at a logistics center. 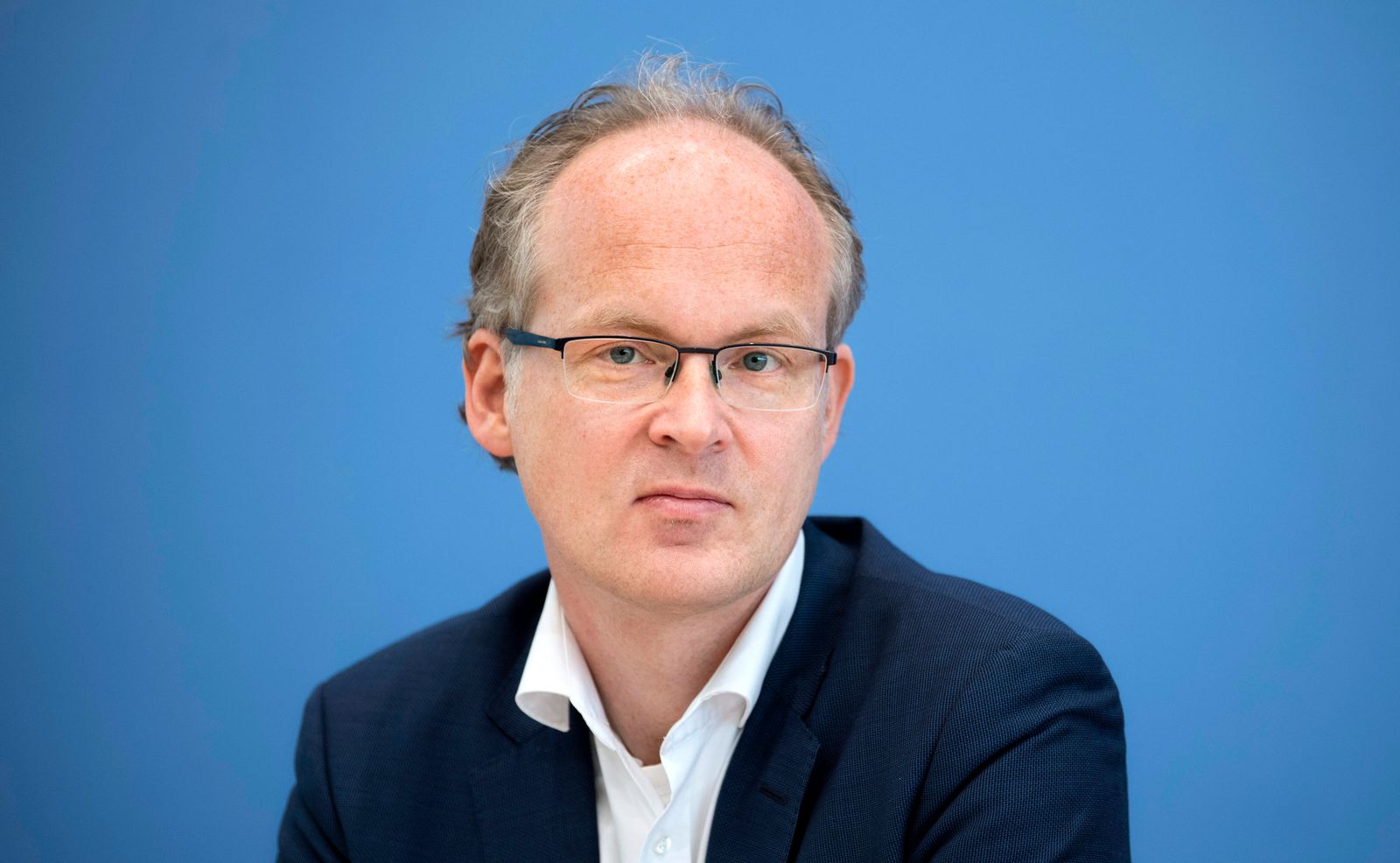 "I was surprised myself by how much vaccine there is supposed to be," said Sebastian Dullien.