The atmosphere was jovial and party-like in Cancun, Mexico as the United Nations Climate Change Conference came to an end. Attendees from around the world clapped rhythmically and the host, Mexican Foreign Minister Patricia Espinosa, was glorified as a "goddess." Everyone was relieved that the meeting did not end in failure as the climate summit in Copenhagen had.

Now, though, the European Union faces several tough decisions -- and German Chancellor Angela Merkel is at the center of the wrangling. She no longer wants to play the role that the other 26 EU member states have come to expect of her -- Germany doesn't want to be Europe's leader on climate protection anymore.

Germany is the only country in the EU to have committed to reducing its CO2 emissions by 40 percent by 2020, relative to 1990 levels. Other countries in the club are appreciative of Berlin's pledge -- but none have followed the example. As a block, the EU has committed to reducing its emissions by just 20 percent, a target which includes Germany's ambitious reduction goals.

The climate summit in Cancun, however, upped the pressure on the EU to raise the common target from 20 to 30 percent. According to the Cancun agreement, only those countries which are signatories to the Kyoto Protocol must commit to emissions reduction targets -- to be reached by 2020. The European Union and other Kyoto countries vowed to follow the lead of the Intergovernmental Panel on Climate Change (IPCC), which has called for reductions of between 25 percent and 40 percent below 1990 levels. The US and China, which are not subject to the Kyoto commitments, escaped with vague targets. Kyoto Protocol signatories such as Japan, Canada, Australia and Russia have indicated that they will not intensify their CO2 reduction targets.

Economist Reimund Schwarze of the government-funded Climate Service Center in Hamburg feels that the EU has an obligation, if only from a computational standpoint: "Under the Cancun package, 30 percent is set for the EU, and perhaps it will even have to be substantially higher." Given the Cancun agreement, environment organizations believe that a solo effort of the part of the EU may even be the only way to reduce global CO2 emissions. They are calling on European leaders to increase the EU target in the spring.

This is essentially the position taken by German Environment Minister Norbert Röttgen, a member of Chancellor Merkel's Christian Democrats. After Cancun, he says, we must "advance decisively," pointing out that hundreds of thousands of jobs could be created by a new eco-boom. Should the EU, in tightening its emission reduction goals, rely on past patterns of distribution, however, Germany would be forced to raise its national target to between 42 and 50 percent.

While Röttgen was initially open to the idea, Chancellor Angela Merkel is sharply opposed, arguing that it would put too much pressure on the economy. Officials at the Chancellery point out that if the EU raised its CO2 reduction target, all 27 member states would have to make a "fair contribution." "Germany, with its national reduction target of 40 percent, is at the upper limit" of the targets set in Cancun, say German officials, adding that other EU countries need to catch up.

Wishing to avoid a conflict with the chancellor, Röttgen has since launched an offensive against other EU countries. Sounding like Merkel has during the euro crisis, he is demanding "that the rest of the European countries make a contribution that corresponds to the German contribution." The prospect of other EU countries being asked to move toward Germany's 40-percent reduction target promises to trigger substantial controversy. Indeed, it could even jeopardize the intensification of CO2 emissions targets altogether. 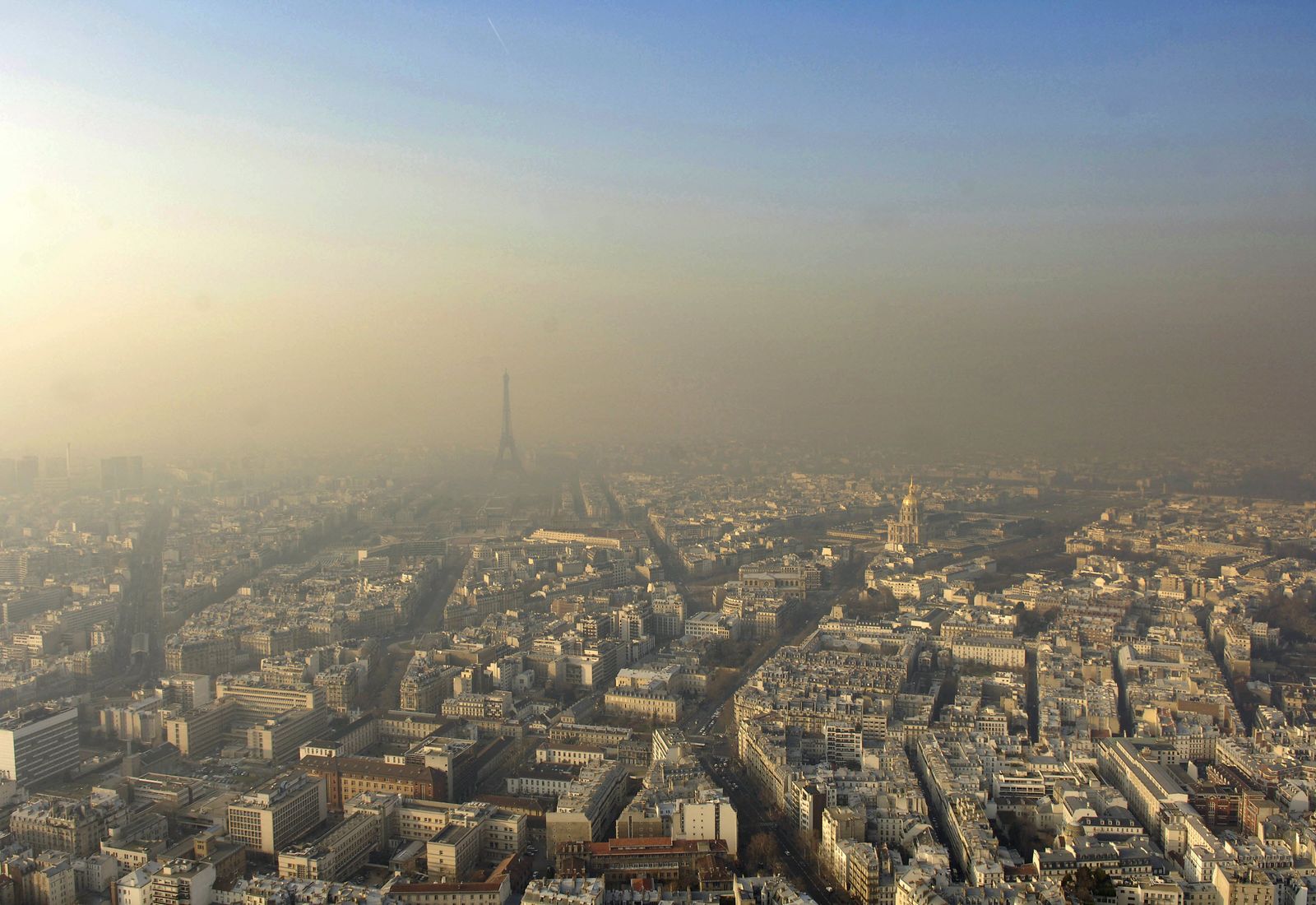 Germany would like to see other EU countries pledge to significantly higher CO2 emissions reductions targets. Here, smog over Paris.