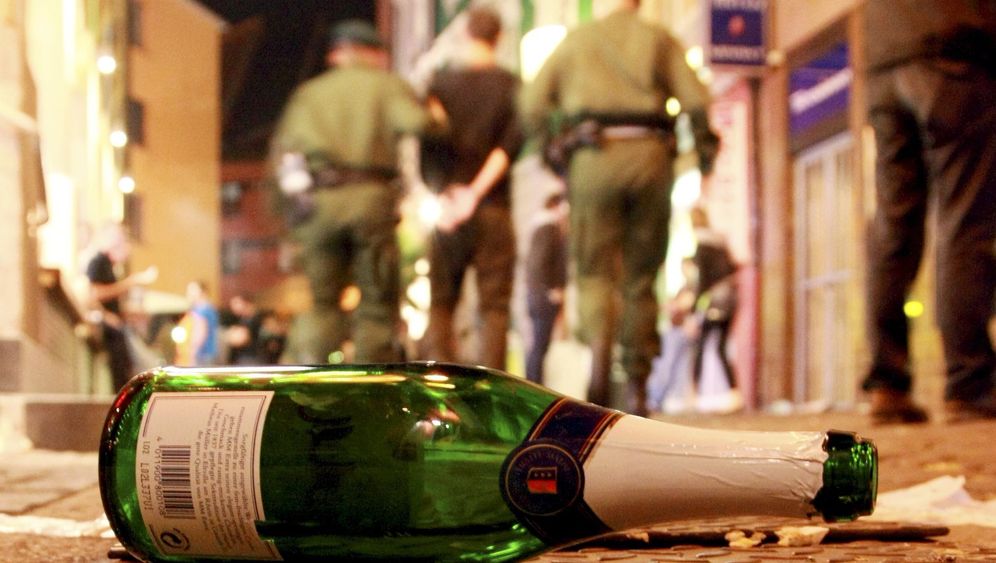 Photo Gallery: What to Do about Public Drinking

Grizzled characters clutching bottles on train station benches; groups of guzzling youth on city squares; loose empties rattling around subways: Signs of Germany's liberal public drinking laws are everywhere. Indeed, for many visitors to the country, sipping a beer while walking down the street is almost as exhilarating as a high-speed drive down the autobahn.

Increasingly, though, municipalities are tiring of public drinking -- and the inevitable public drunkenness that results. Numerous movements are afoot to ban the practice. From the country's northeast to the southwest, politicians of all stripes are exploring ways to put the cap back on the bottle.

"We have a problem with alcohol consumption in public places and with people who drink too much and cause disturbances," Reinhold Gall, a state parliamentarian in Baden-Württemberg for the Social Democrats (SPD), told SPIEGEL ONLINE. "Also, there have been complaints from storeowners that nearby drinking and drunkenness chase away customers."

But simply banning public drinking is not quite as easy as it may sound. Municipalities in much of Germany do not have the authority to simply pass a general ban on alcohol in public. In Baden-Württemberg, as elsewhere, the state would have to change laws regulating police authority first -- a process which is underway in the southwestern German state.

"We want to give cities and towns the ability to ban alcohol in certain public places," Peter Hauk, the floor leader for the Christian Democrats in Baden-Württemberg's state parliament, told SPIEGEL ONLINE. Hauk's CDU governs the state in a coalition with the pro-business Free Democrats (FDP), which has yet to grant its approval to the plan.

For many in the state, the rationale behind a banning alcohol in public places isn't just a nuisance issue. Nils Schmid, head of the SPD in the state, has framed it as a crime prevention strategy. In his springtime campaign for a ban, Schmid emphasized that violent crime fell by 16 percent during a ban in the university town of Freiburg.

That regulation, however, was short lived. It was thrown out by a regional court in July 2009, just 18 months after it was introduced. The reason? The ban was too broad, the court found. A ban in the town of Magdeburg was lifted for a similar reason.

Schmid, though, thinks cities need to be able to ban alcohol in certain areas to prevent violence. "A ban on alcohol is not a party-killer," Schmid told critics at the time.

What's Wrong with an After-Work Beer?

That's where some disagree. A debate broke out this spring in Hamburg over an attempt to ban alcohol on public transit within the city after alcohol was thought to have played a part in the murder of a 19-year-old on a commuter train platform. Proponents of a ban in Hamburg pointed to Metronom, a private regional train company that serves the city, which saw crime drop 70 percent shortly after it banned alcohol on its trains in November 2009.

But critics in Hamburg argue that such a ban unfairly targets law-abiding citizens. "Why should we prevent someone who drinks quietly and peacefully from having his after-work beer? Or a group of friends from opening a little champagne as they head out on the town?" Peter Kellermann, the head of the Hamburg transit authority, said during the debate in May.

Kellermann contended that it would be unfeasible to enforce an alcohol ban on its trains. There are too many passengers, too many trains and too few security personnel, he said. As a compromise, the transit authority agreed to assess a €15 fine to any misconduct under the influence of alcohol, launching an ad campaign to discourage irresponsible drinking and training security personnel to deal with drunkards.

'A Public Ban Is Not a Suitable Solution'

Such reluctance to ban public drinking is hardly surprising in Germany. As in other countries in Europe, many see the ability to sip a beer while walking down the street almost as a natural-born right. But alcohol abuse -- particularly youth binge drinking -- has been a topic of national debate in recent years. As has public drunkenness.

"A strategy of prevention would be much more effective as a solution than a ban on alcohol in public," Tilo Berner, spokesman for the Green Party in Baden-Württemberg, told SPIEGEL ONLINE. "Such a law would be problematic from a civil rights perspective. It says that everyone who drinks is a problem."

It is partially out of such concerns that many municipalities have begun exploring other ways to get public drinking -- in particular public drunkenness -- under control. Many of those efforts have been modelled after a program in the northern German city of Kiel.

In 2003, the city established a drinking room for alcoholics. Known as The Sofa, it is a place where drinkers can bring their own beer or wine -- hard liquor is not allowed -- instead of besieging public spaces as before.

Several cities have recently shown an interest in emulating the concept, including Berlin, Hamburg, Dortmund and even Freiburg. It's also "much easier to reach" alcoholics, says Christoph Schneider of the Kiel housing office. After seven years of operation, The Sofa has been called a "win-win situation" by the city.

Hamburg's Mitte district hopes to secure funding for it own drinking room this fall. "No other proposal seems to have worked," Kerstin Gröhn, an SPD representative for the district told SPIEGEL ONLINE. "We don't view a public ban as a suitable solution."

Still, alcohol bans are proving popular this year with several local governments set to consider the issue this fall. Like Baden-Württemberg, the eastern German state of Saxony-Anhalt seeks to pass a law this year which would make it legal for municipalities in the state to push through public drinking bans.

Elsewhere in Germany, Aachen on the Belgium border, Potsdam outside of Berlin and Aulendorf, a spa town of about 10,000 residents near Switzerland, are all pushing for bans or have already put them in place.

Still, public bans don't always lead to happier citizens. Berlin's Mitte district banned alcohol in parks in 2009 to the relief of many residents. But the park ordinance had undesired consequences. The large drinking scene around Leopoldplatz north of the city center merely moved into the side streets around the park, increasing the imposition on local residents. The district lifted the ban earlier this year.

"The strategy of repression has been attempted for many years," Franz Schulz, the mayor of Berlin's Kreuzberg district, told SPIEGEL ONLINE. "Drinkers just move to other areas."

Schulz's district opened its own isolated public area for drinkers last year, following complaints from residents. This fall, Schulz hopes to secure between €130,000 and €150,000 for a second drinking area that will come complete with a toilet and a stand where alcoholics and addicts can receive counselling.

For Schulz, an alcohol ban is off the table. "Prohibition is not a lasting and peaceful solution," he says. "It requires too many police officers. Anyway, drinkers are citizens too, with the same rights we all have."

6 Bilder Photo Gallery: What to Do about Public Drinking 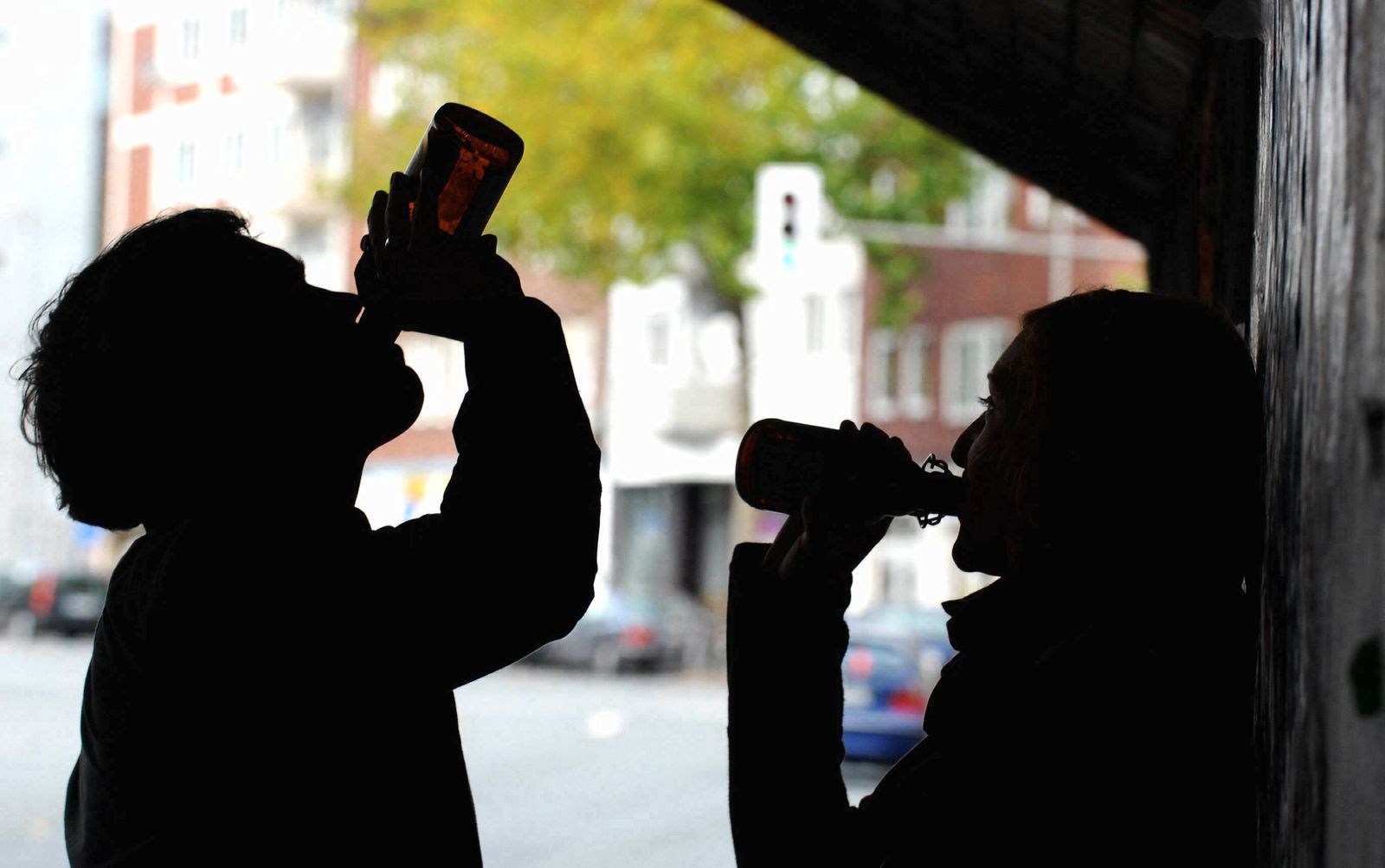 State governments and cities across Germany are trying to find way to prevent alcohol consumption in public. 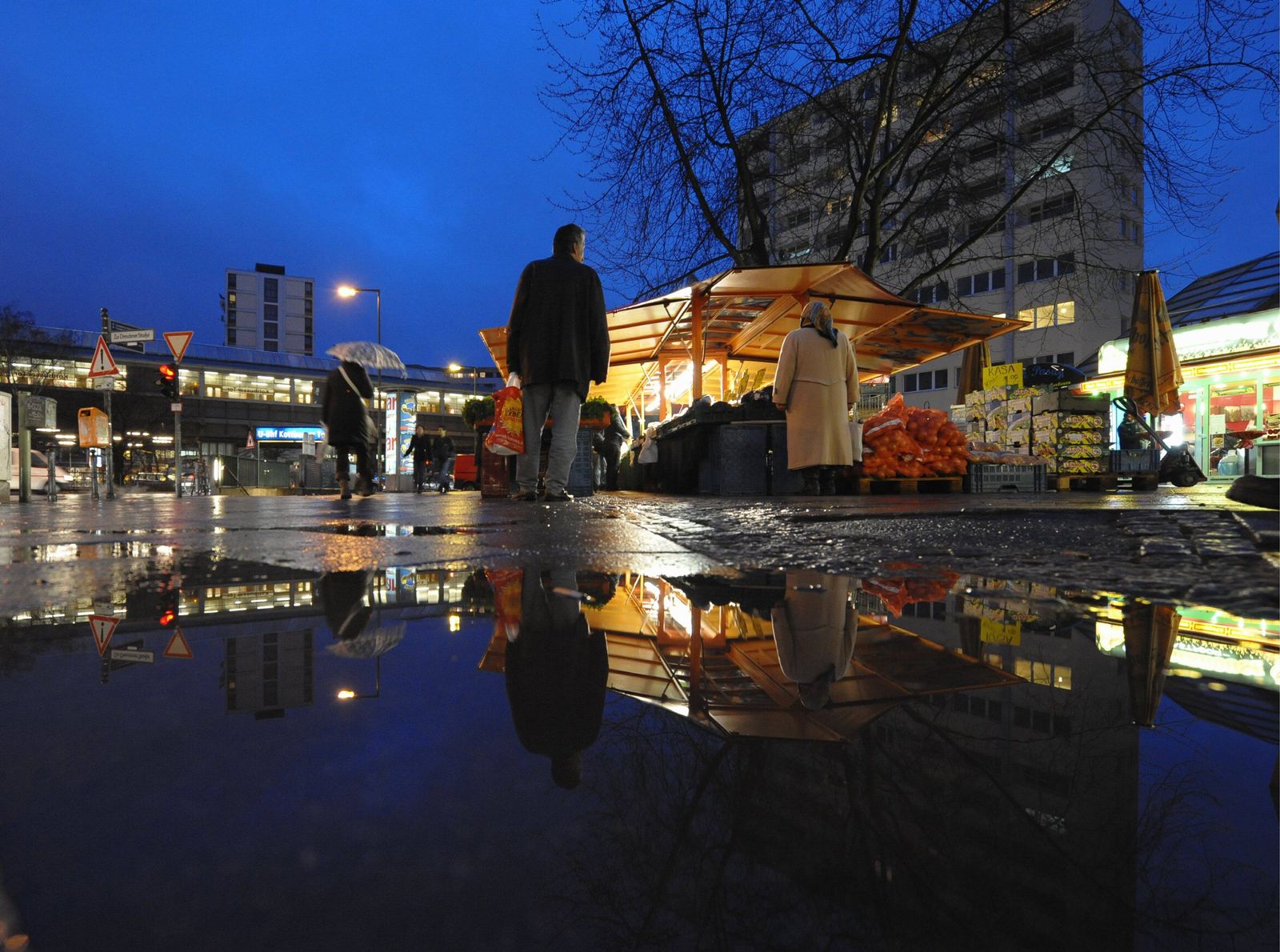 In Berlin's Kreuzberg district, a drinking area was set up in 2009. The district's mayor said that it's a solution that allows alcoholics and residents to coexist. Another drinking area is in the works in the district's bustling Kottbusser Tor, pictured.