Hamburg prosecutors have dropped their case against Franz-Peter Tebartz-van Elst, the bishop of Limburg, agreeing to a settlement payment of €20,000 on Monday.

In early October, the German cleric, nicknamed "bishop bling bling" by the international press, was accused of giving false statements in two public affidavits about expensive flights he took to India to visit poor communities in 2012.

Prosecutors say the bishop gave false statements under oath in a Hamburg court battle against SPIEGEL about reporting on the flights.

The Catholic cleric has also been under fire for his lavish spending, with costs for his new residence in Limburg skyrocketing to over €31 million ($42 million), some six times the initial estimated cost of construction.

After the Vatican suspended him in October amid calls for his resignation, Tebartz-van Elst let it be known that he would like to return to his diocese in the state of Hesse. Whether or not he will allowed to depends on the findings of the German Bishops' Conference report. 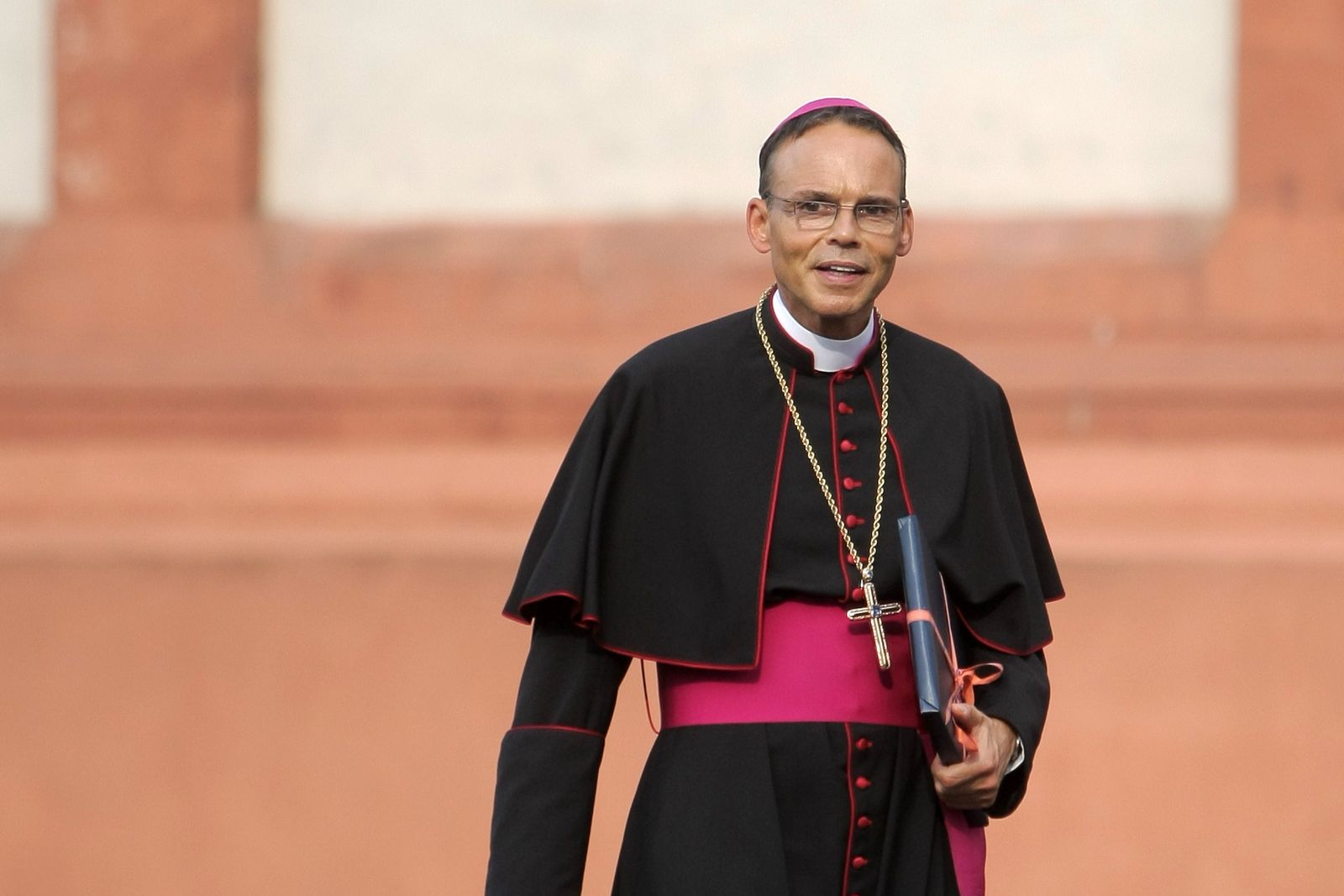 It remains to be seen if Franz-Peter Tebartz-van Elst will be allowed to return to his diocese.