Germany's hugely successful cash-for-clunkers program is slowly winding down. Chancellor Angela Merkel's government has placed a cap on the amount of money it will provide for the program, whereby German car owners get a cash refund of €2,500 ($3,560) for trading in an old car for a modern, environmentally friendly one. And the pot from which the refund comes -- a total of €5 billion -- will not be refilled. The program is generally considered to be one of Berlin's most successful financial stimulus measures, credited with everything from keeping the German auto industry afloat to helping boost consumer spending and aiding in the country's economic recovery.

But now, as the end of the program draws closer, a variety of problems have arisen and those who have benefited from the scheme are expressing concerns about what happens next. The German automobile association, ADAC, has estimated that 95 percent of the cash-for-clunkers fund has already been used up and that, realistically, it can only last another 10 to 14 days.

And this week management consultancy Roland Berger released a study claiming the end of the program could see demand for new cars slump by as much as as one-quarter. That, in turn, would trigger more job losses within the auto industry, with up to 90,000 jobs endangered. Ralf Landmann, a partner at Roland Berger who specializes in auto industry strategy, told the newspaper Die Welt that automobile retail, in particular, is at risk -- with every second German dealer in danger of insolvency and 30,000 car sales jobs at risk. "Once the scrapping bonuses run out, the risk of bankruptcy for German car dealerships is somewhere in the region of 30 to 40 percent," the report claims.

Unfortunately, Landmann says, "that is even the case for large companies that have done everything right in recent years." They are bearing the brunt of a global financial crisis that has exacerbated existing problems within the automotive industry, the report said. Dealerships have been plagued by a glut of new cars, large dealers have been overstaffed and discounts of up to 30 percent on new cars have being given at dealerships where returns were already low. The cash for clunkers program, the report argued, simply provided the auto industry with an artificial bubble in demand.

Adding to the cash-for-clunkers bad news, Germans also found out this week that they had better hurry up if they want to take advantage of the scrapping bonus. To get the rebate, it is necessary to register for a refund online. The government pays out the refund after the customers have sold their old vehicles and registered their new ones. But, as the mass-circulation daily Bild reported, the kind of software being used by Germany's Federal Office of Economics and Export Control (BAFA), which is responsible for the rebate, means that nobody knows how many applications are still waiting to be processed. Between 10,000 and 15,000 applications are received daily. And the cash fund may run out before all of the applications can be processed.

A representative of BAFA told Bild that agency officials were trying to update their software more regularly in order to ascertain exactly how many applications were still waiting to be processed and whether there was enough left in the cash-for-clunkers fund to pay them all out. The spokesperson said that they advised anyone thinking about using the rebate to register as soon as possible. On Thursday, BAFA's homepage indicated that there was enough money left for around 95,000 refunds. Due to the media coverage indicating the funds may soon run out, though, the agency is anticipating a raft of applications.

Thanks in large part to the scrapping bonus program, Germany has seen a seen a surge in car sales, with almost 27 percent more new vehicles (2.4 million) being registered in Germany during the first seven months of 2009 compared to the same period the previous year. Around 1.9 million Germans have taken advantage of the refund. On Thursday the German Federal Statistics Office also reported that the rise in German consumer spending, which had gone up 0.1 percent for the first six months of 2009 compared to the first half of 2008, was due mostly to the increase in vehicle purchases. Germans spent €36 billion on cars -- if they had not, then "household final consumption expenditure would have been down by 1 percent," the report stated.

All of which has interested parties -- the auto industry, various industry strategists and Angela Merkel's coalition government, which faces a national election just after the rebate scheme is likely to end -- wondering what comes next. At the moment the future looks more likely to lie in a group of initiatives rather than any one.

Several measures have already been suggested, including what one newspaper, Die Zeit, described as the "electro-rebate." They were referring to the German government's pledge, made earlier this month, to spend €500 million on the development of electric cars, in an attempt to get a million of the environmentally friendly vehicles onto the roads by 2020. The plan would transform Germany into a global front runner in the electric car market and help German firms compete with Japanese carmakers. Environmental groups had called on the government to give auto buyers an €5,000 ($7,131) incentive to purchase the new electric cars, which would likely be more expensive than standard petrol vehicles. In April, the British government announced a similar scheme, whereby UK car buyers would be given £5,000 (€5,680, $8,100) to buy a new electric car.

Another plan that might help the auto industry once the scrapping bonus scheme finishes was sealed on Wednesday. Germany's Federal Finance Court overturned the tax usually levied on discounts that auto industry workers get when they buy brand new cars from their own employers. In Germany these vehicles are called "Jahreswagen" or one-year-cars because the employee buys the new car at a sizeable discount but is then bound to drive it for at least a year, after which they are free to sell it. A large percentage of cars for sale in Germany are these kinds of employee-purchased-cars and, up until now, their prices have been higher because of the special tax, based on the difference between the car's average listed new price and the price at which the employee had bought the car. It's hoped that the removal of the tax may compensate, at least a little, for the upcoming absence of the cash-for-clunkers scheme.

Meanwhile the report from Roland Berger suggests a harsher reality: That the German auto industry needs to re-organize their business to face a future without the scrapping scheme. "To remain profitable, German car dealerships will have to be satisfied with similar sales figures to dealerships across the Atlantic," Landmann told Die Welt. He believes that, with greater efficiency -- for car dealerships he recommends things like reducing new car inventories and expanding the service and spare parts business -- there is potential to save hundreds of millions even in these leaner times. 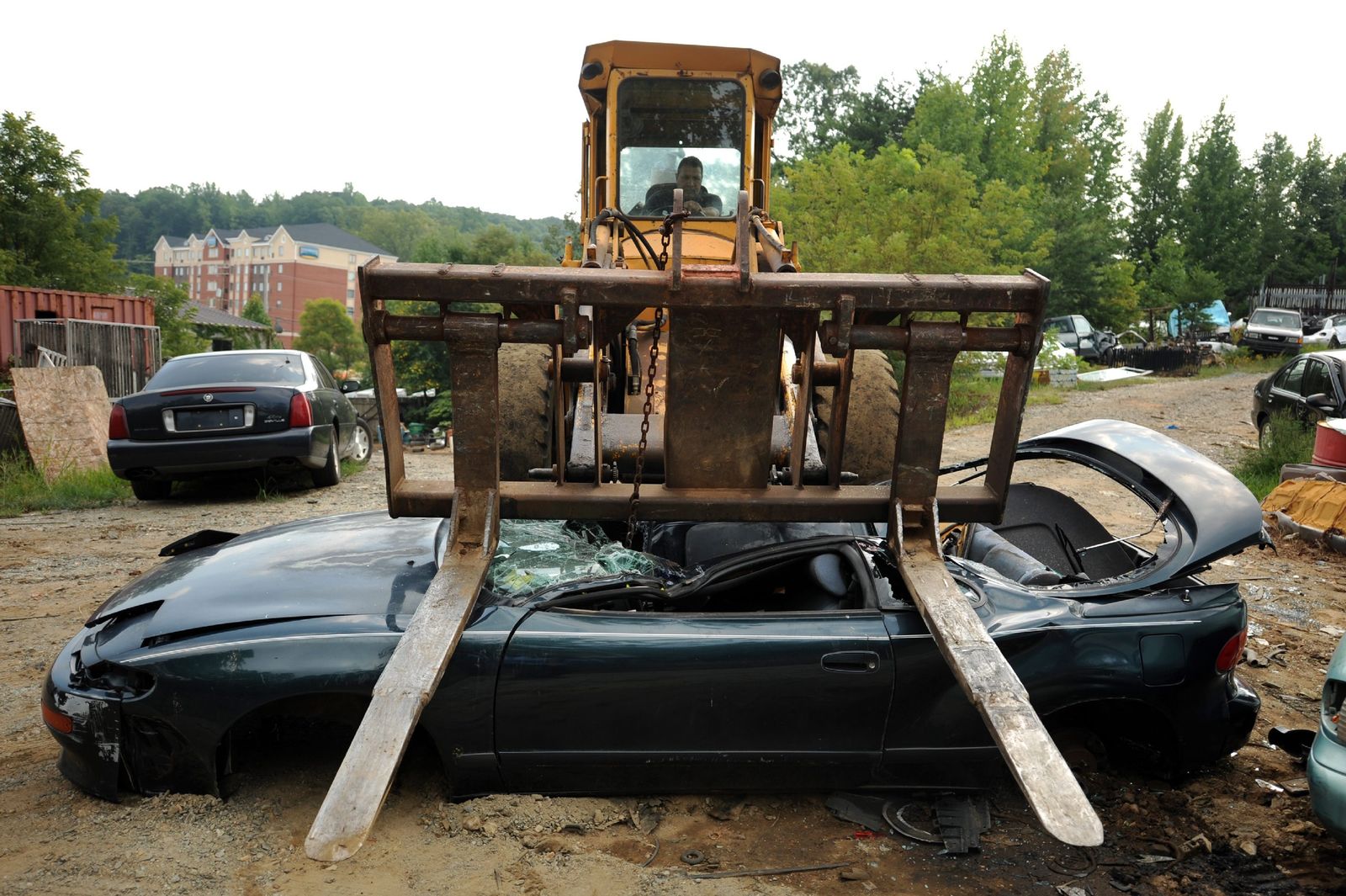 The end of Germany's wreck rebate is nigh and the auto industry is right to be concerned.