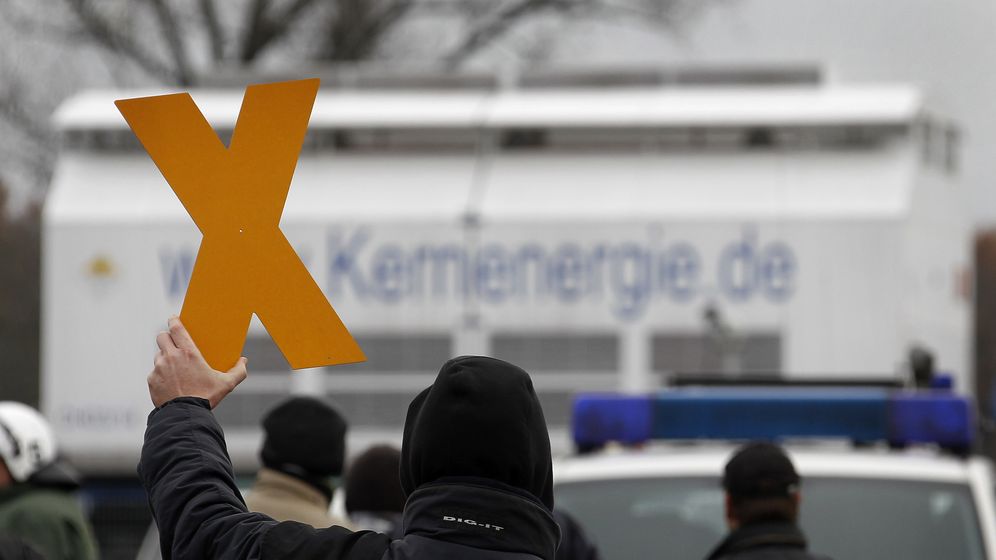 Germany's fabled anti-nuclear movement, which reached its pinnacle in the 1980s before fading into obscurity earlier this decade, has been making a pronounced comeback following the decision by Chancellor Angela Merkel's government to extend the lifespans of Germany's nuclear power plants by an average of 12 years in October. The latest protest against the government decision took shape this weekend during one of the irregular shipments of nuclear waste from a plant in France, where it is sent for reprocessing, to a temporary storage site at Gorleben in the western German state of Lower Saxony.

Starting on Friday, thousands of protesters along the route from Kehl, Germany, on the German-French border, right up to the final destination at Gorleben gathered to block the route and disrupt the movement of 11 so-called Castor containers -- the acronym for the casks used for the transport and storage of the radioactive material.

Eleven transports have been conducted since 1995, and protests against them are a regular fixture in the anti-nuclear energy scene. But no delivery in the past 15 years has been as contested as this week's. The transport that ended on Tuesday morning turned out to be the longest-lasting yet, after the train and trucks carrying the waste were disrupted by thousands of protesters who blocked tracks and roads to the facility.

After a 92-hour journey, the Castor containers arrived at the Gorleben storage facility on trucks just after 10 a.m. on Tuesday. The final 20-kilometers (12 miles) of the journey from a transfer station in Dannenberg to Gorleben had been accompanied by a massive police presence and road blocks by protesters along the route. The trucks moved slowly through the villages lining the route which, in the past, has proven the most difficult leg of the journey.

On Tuesday morning, police cleared several thousand protestors blocking the entry to Gorleben, where they had been for 44 hours.

Opposition to the Castor delivery has been greater than ever this year after German Chancellor Angela Merkel's government moved to extend the lifespans of the country's nuclear power plants, which were scheduled to be phased out by the government of then-Chancellor Gerhard Schröder by 2022. In addition to the decision to extend plant lifespans, Merkel's government also reversed a 10-year moratorium on research into the controversial Gorleben facility as a possible permanent nuclear waste storage facility. The site, a salt dome, has been highly controversial because core samples taken at Gorleben in the past have revealed moisture, and critics are concerned the tunnels could be flooded in the worst-case scenario, leading to leaks of the deadly radioactive material.

Leading anti-nuclear activists are celebrating this week's massive, largely violence-free protests against the Castor transport as a success. The scene did get slightly more aggressive on Sunday, however, when police used truncheons and tear gas to clear rail lines.

'An Expression of What the Majority of People Think'

"The amount of courage and enthusiasm showed by the number of people who participated in the sit-in blockades was truly remarkable," long-time Gorleben activist and Green Party member of the European Parliament Rebecca Harms said after police cleared the blockade in front of the waste storage facility. "The protests are an expression of what the majority of the people think," she said, calling for the German government to reverse its decisions.

"There needs to be a change in thinking," especially when it comes to Gorleben, which she said is "not the right location" for a final repository for nuclear waste.

Jochen Stay, spokesman for the German anti-nuclear organization Ausgestrahlt, said he believes the anti-nuclear movement is growing in strength. "The people are leaving with unusually strong motivation," he said in Gorleben. He said it was never a pleasure for protesters to be cleared by police, "but people don't feel frustrated or defeated." Before their clearing by police on Tuesday, Stay said more than 4,000 anti-nuclear protesters had gathered to block the entrance to the facility.

'The Nuclear Industry Should Pay'

The costs of securing the Castor transports this year could be staggering. Officials in the state of Lower Saxony believe the police presence and overtime alone will account to €25 million ($34.66 million), but security experts believe the final figure could be double that.

A spokesman for one of Germany's largest police unions, Rainer Wendt of DPolG, said: "In my opinion, the nuclear industry should pay. They earn billions of euros, but the state coffers are almost empty."

In the state of Lower Saxony, where Gorleben is located, officials said they alone shouldn't be burdened with the millions in extra expenses. Uwe Schünemann, the state's interior minister and part of Merkel's conservative Christian Democratic Union (CDU) party, said: "It's the chancellor's job to figure out where the money will come from." 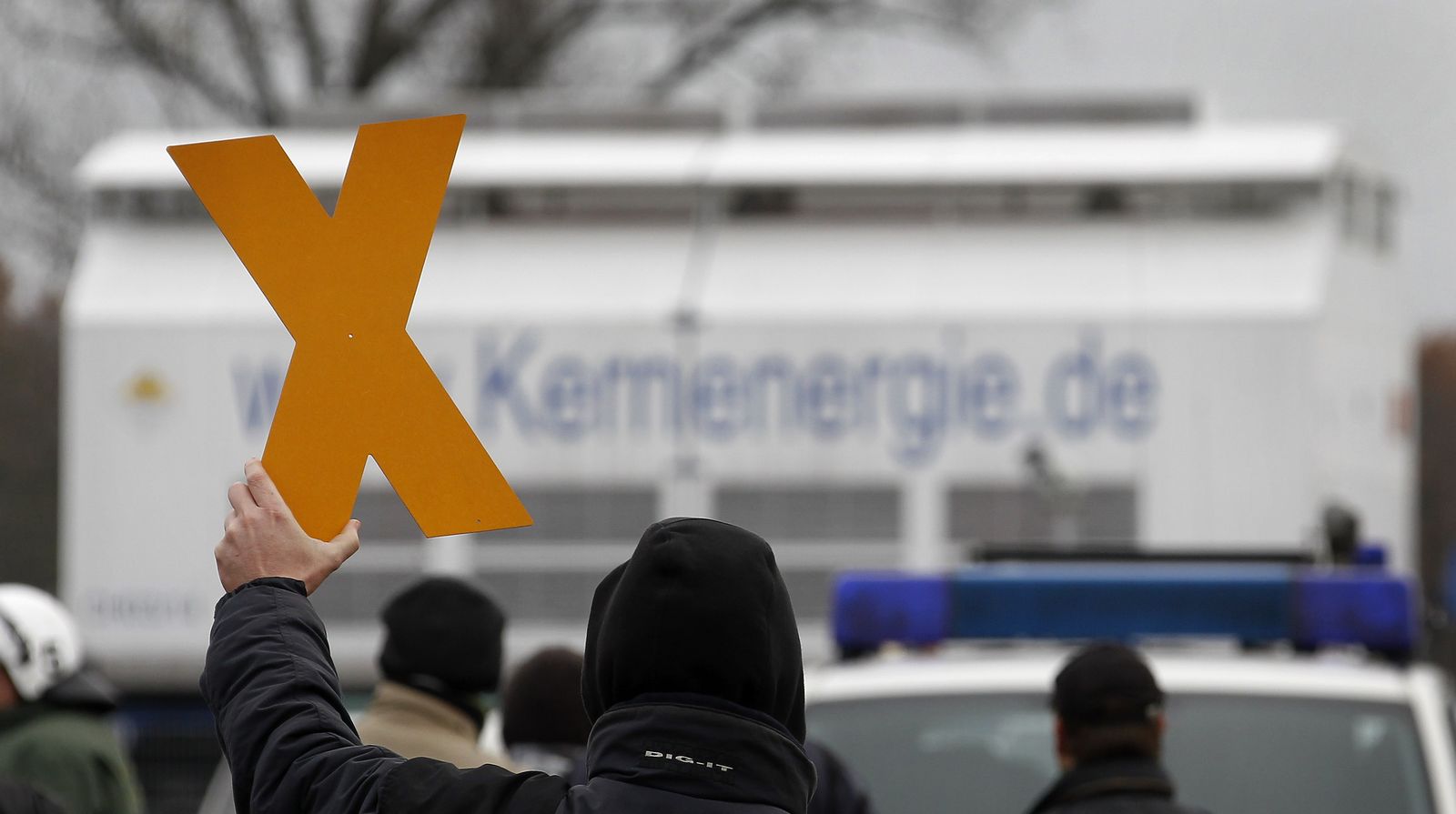 The symbol of the protest: An anti-nuclear demonstrator signals as one of the 11 Castor nuclear waste containers is transported on a truck from the train station at Dannenberg, Germany, towards the Gorleben interim storage facility. 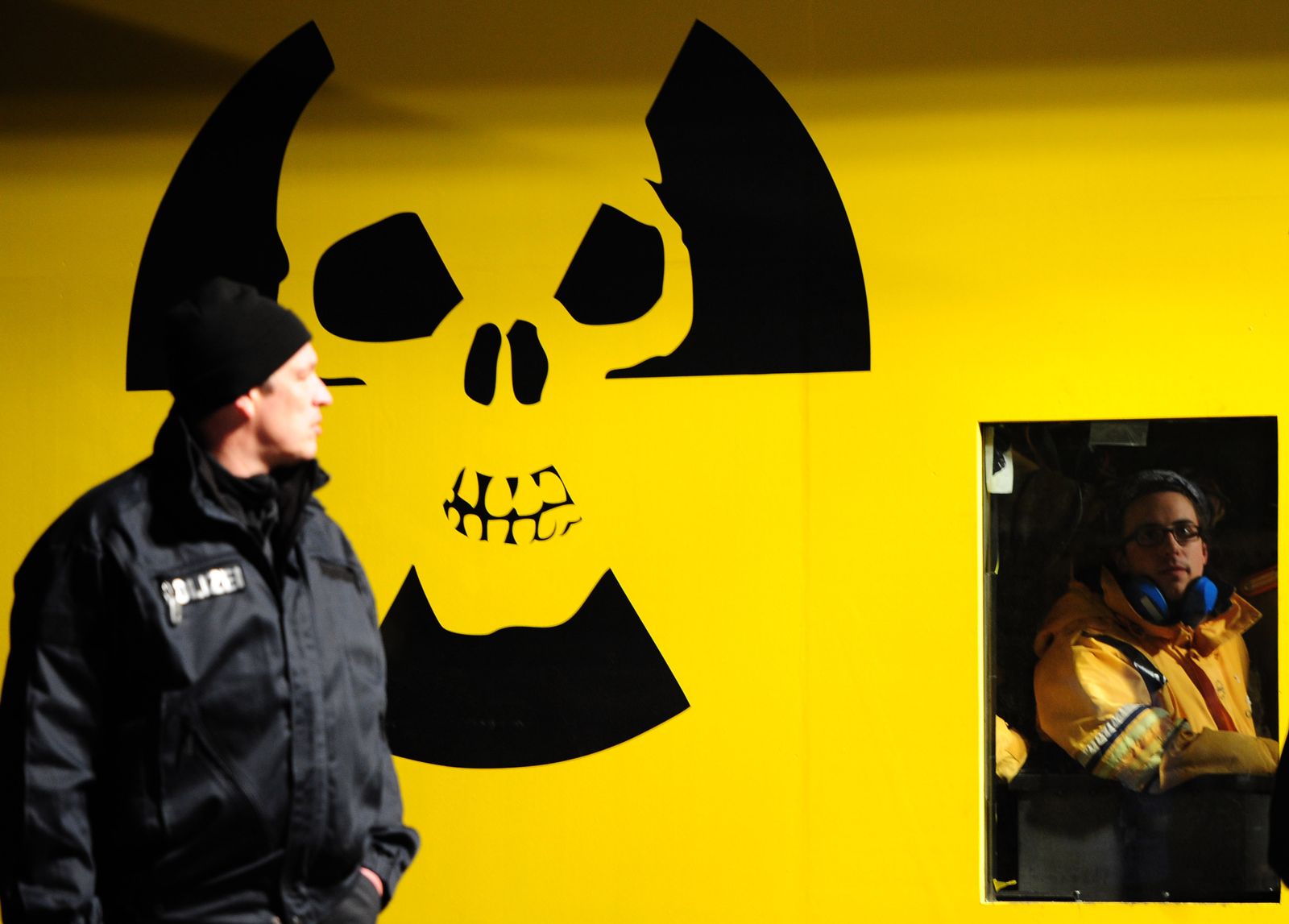 An activist from the environmentalist organization Greenpeace sits in a container attached to a truck that was used to block a cross road that the nuclear waste containers would have to pass through. 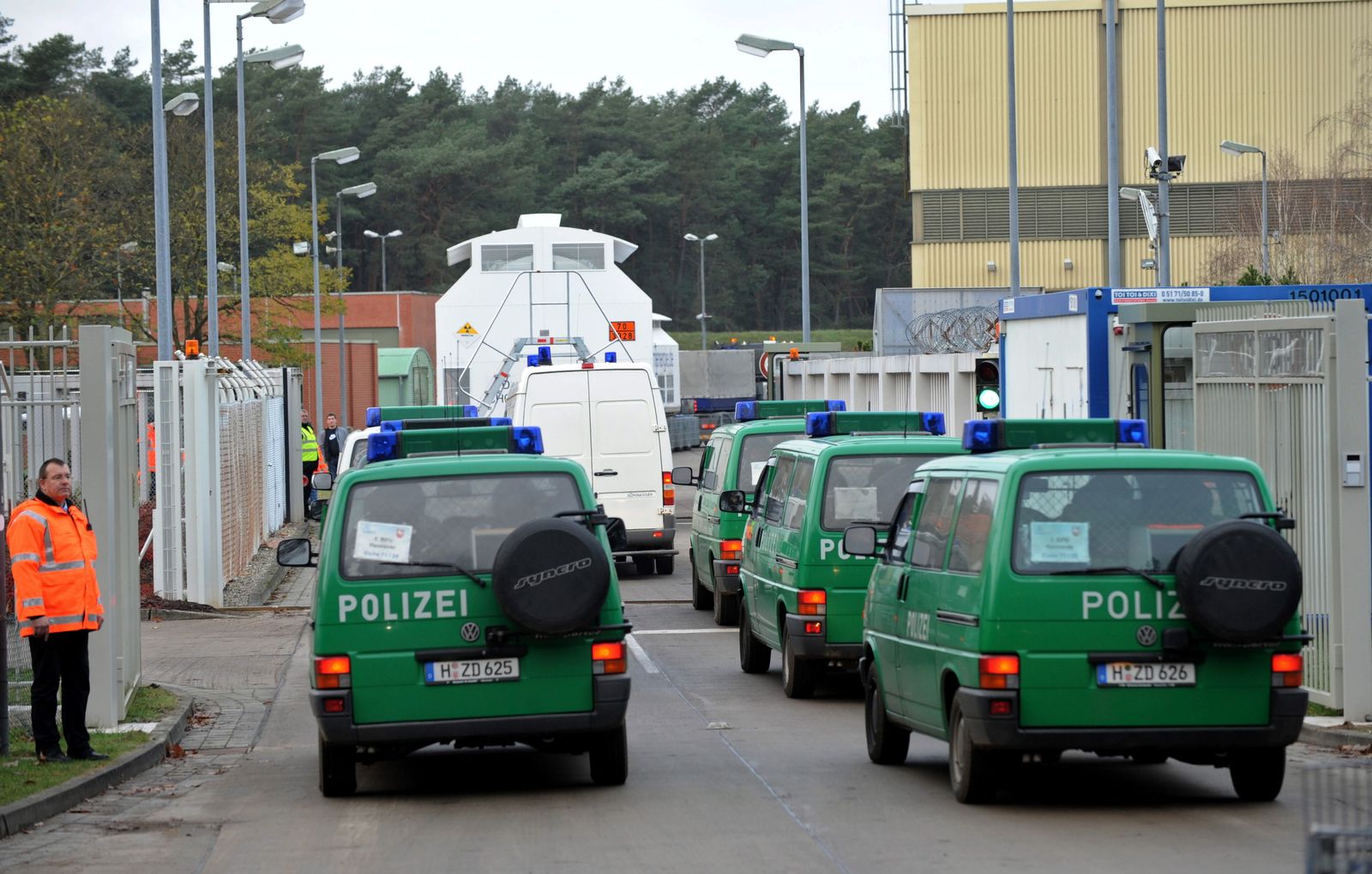 Around 10 a.m. on Tuesday morning, the last of the 11 transports passed through the gate to the Gorleben interim storage facility.