The emergency plan was hastily assembled in the Archdiocese of Munich and Freising on the evening of March 11, a Thursday. The Süddeutsche Zeitung newspaper had exposed the scandal surrounding pedophile priest Peter H., and the affair over sexual abuse in the church was getting dangerously close to the pope.

Peter H., a vicar from the western German city of Essen who had molested boys on several occasions, was sent to Munich in 1980, where he was assigned to work as a pastor again. As a result, he was able to abuse even more boys. The archbishop and chairman of the diocesan council, which approved H.'s appointment, was Joseph Ratzinger, now Pope Benedict XVI.

Ratzinger also chaired a meeting on Jan. 15, 1980, in which the pedophile priest's living arrangements and therapy were discussed. He must have been familiar with H.'s criminal past. Because of this, the diocese has, in recent weeks, left no stone unturned in its effort to explain why the current pope could not be held accountable for H.'s continued service in his diocese.

That effort has been supported by documents found in the diocese records office that related to H., and that were signed by someone else at the time: the loyal Vicar General Gerhard Gruber, Ratzinger's deputy during his time as archbishop.

Apparently no one on the crisis team objected to the idea of taking Pope Benedict "out of the firing line" and using Gruber, 81, as a scapegoat instead. On the morning of March 12, while the press office was busy drafting a statement in which Gruber was given the full blame for H.'s appointment to serve as a pastor, and that included Gruber's personal apology, a church official was badgering the retired priest on the phone.

But Gruber, who felt put under pressure, later confided in theologian friends. He told them that he had been emphatically "asked" to assume full responsibility for the affair, and that church officials had promptly faxed him a copy of the statement and instructed him to make any changes he deemed necessary.

According to the statement released by the archdiocese, Ratzinger was partly responsible for making the decision to accept H.'s appointment. "Notwithstanding this decision," however, H. was assigned "by the then vicar general" to assist in pastoral care, without restriction, in a Munich parish. The statement also read: "Gruber assumes full responsibility for the incorrect decisions." A spokesman for the archdiocese later added that Gruber had "acted on his own authority" in the case of Peter H.

Gruber's friends say that the old man was only familiar with parts of the statement, that he was apparently being used as a scapegoat and that he was also under additional emotional pressure. To everyone's surprise, Gruber wrote an open letter in which he qualified the archdiocese's statement, writing that he did not sign any documents over which he had no influence. He also noted that he was "very upset" about the "manner in which the incidents were portrayed" by the archdiocese. "And the phrase 'acted on his own authority' also wasn't discussed with me," he wrote.

The archdiocese was unwilling to comment on the accusations, except to state it continued to believe that the former vicar general had acted on his own authority in the case of Peter H., and that he had admitted to having made mistakes. Gruber has gone on a trip to recuperate from "weeks that have been very stressful for me." His loyalty is greatly appreciated in Munich. Archbishop Reinhard Marx, Gruber writes, has sent him his best wishes and "expressed his appreciation for my 'participation'." 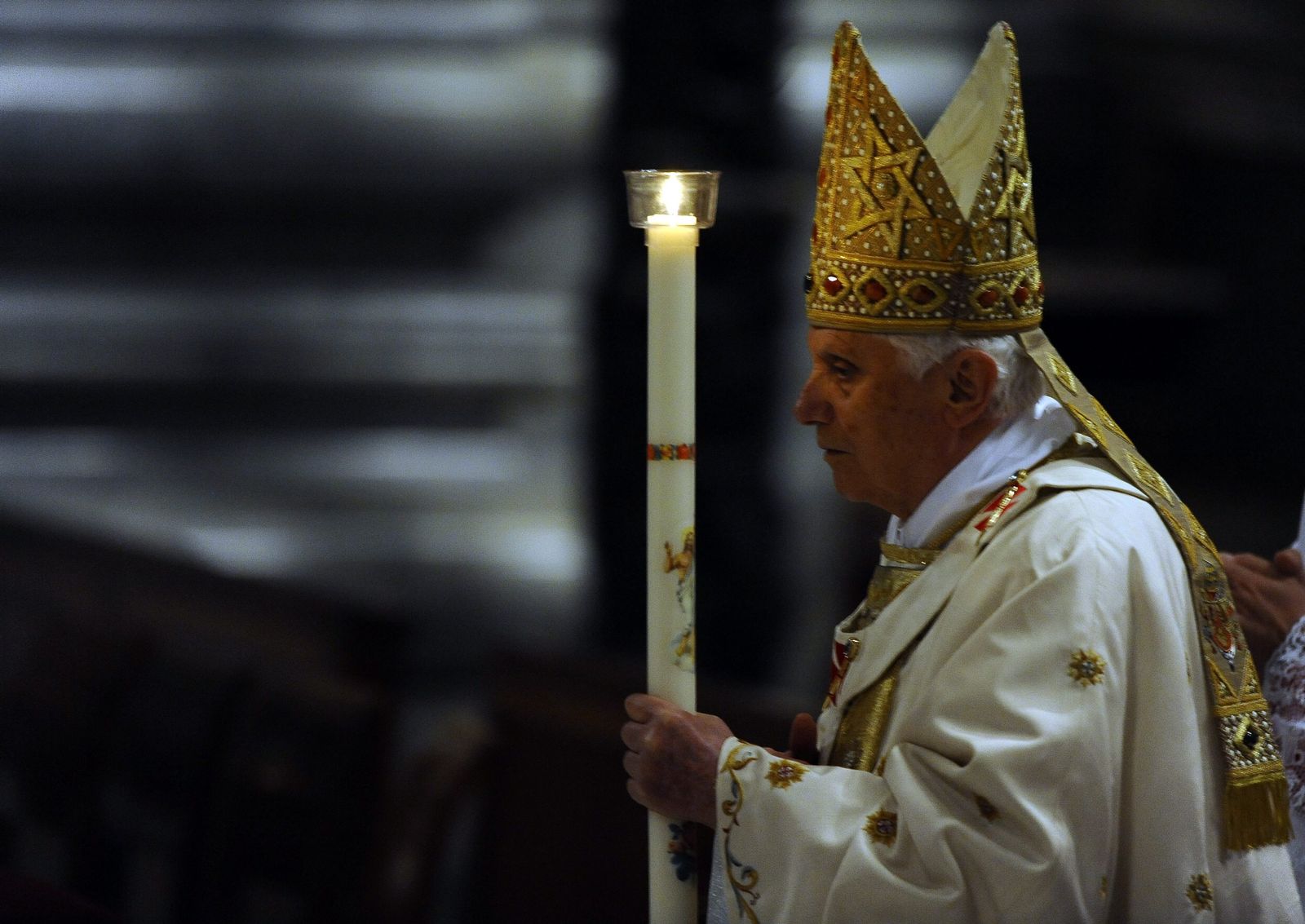 During his time as archbishop in Germany, Joseph Ratzinger, now Pope Benedict XVI, chaired a meeting in which a pedophile priest's living arrangements and therapy were discussed. He must have been familiar with the man's criminal past.