"The situation has changed." That was the message delivered by German Interior Minister Thomas de Maizière in Berlin on Wednesday in reference to the risk that Germany might be the target of a terror attack in the near future. "There is cause for concern," he intoned, "but not for hysteria."

For weeks, Germany's government has been warning of an increased risk of an attack in the country. But Berlin has continually insisted that the risk was an abstract one and that there was little in the way of concrete information. That, said de Maizière, has now changed.

He said that security officials both in Germany and abroad now have information that an attack might be in the works for the end of November. For the first time, he said, there are "concrete investigation leads."

"We will show strength and will not allow ourselves to be intimidated," de Maizière told reporters at a hastily called press conference. "We will not allow international terrorism to limit our lifestyles nor our culture of freedom."

Germany's interior minister said he has ordered security officials across Germany to increase patrols, particularly in airports, train stations and other possible targets. On Wednesday morning, increased patrols were already apparent at Berlin's main train station and on the square in front of the Brandenburg Gate.

"We have to expect an attack at any time," said a senior security official in Berlin. According to the official, Germany's Federal Criminal Police Office (BKA) is investigating indications that a terror cell, made up of four Islamists from India and others from Pakistan is preparing to travel to Germany or has already arrived. Officials are in possession of the names of the suspects.

For most of his first year in office, de Maizière has proven to be much less vocal about the dangers of terrorism than his predecessor Wolfgang Schäuble, who is now Germany's finance minister. Recently, however, his message has changed. Just the week before last, he urged the German population to be vigilant. In an interview with the mass-circulation tabloid Bild am Sonntag, he said that there were no concrete indications that an attack was imminent but that he had become more concerned.

Warnings of an impending terrorist attack in Europe have been circulating for months, with much of the concern having come from the interrogations of two German radicals who were recently taken into custody. In July, an Islamist from Hamburg named Ahmad Siddiqui was arrested by the US military in Kabul. He reported having been told of impending attacks in Europe by an al-Qaida member named Younis al-Mauretani.

Rami M., another German radical from Hamburg, was arrested in Pakistan and he confirmed the information provided by Ahmad S. Rami M. has since been extradited to Germany while Ahmad S. remains in US custody at the Bagram air force base in Afghanistan. In addition to Germany, France and Great Britain have also been mentioned as possible targets.

But there are additional sources as well. According to US officials, there are indications that a dozen potential attackers have already left the Afghan-Pakistan border region for Europe. For weeks, officials have been saying that a potential attack could follow the pattern of the raid on Mumbai two years ago. In that attack, 10 terrorists attacked across the city, focusing on hotels, restaurants and the train station. In total, some 166 people were killed and hundreds injured.

German security officials say that Wednesday's warning comes as a result of their own investigations having confirmed aspects of a threat that has, until now, been largely abstract. "We have lots of evidence and for the first time the abstract warnings are becoming a concrete image," said a senior government official on Wednesday.

De Maizière spoke on Wednesday of the Islamist scene in Germany and said that officials have long been observing an increasing number of violence-prone radicals. Some of them, he said, have already attended al-Qaida or Taliban training camps, while others have been radicalized by imams in Germany. His repeated references to "concrete indications" likely indicates that investigators have found proof that attacks are being planned.

Officials also said on Wednesday that they have observed an increase in the amount of travel among Islamists in Germany in recent years. Investigators know of 200 cases of radicals traveling to terror camps. At least 100 of them have returned to Germany. As a result of the warnings from abroad, security personnel have intensified their perusal of flight lists and of those arriving from suspect countries. They are concerned that some potential attackers may be in possession of German passports.

In addition, Germany's federal police is being outfitted for a worst-case scenario. Should there indeed be a Mumbai-like attack, police would be prepared to storm a building occupied by terrorists holding hostages, police officials say. Officers patrolling airports and train stations have also been well armed.

France, too, has increased surveillance of the Islamist scene there and security officials have made several arrests in recent weeks. Al-Qaida chief Osama bin Laden recently issued an explicit threat of attacks against France. Germany was threatened last autumn in the run up to the September 2009 general elections, and some terror experts believe that the threat is still valid.

De Maizière's warning to the German public is one of the most explicit warnings ever given in Germany. For weeks, the interior minister has been receiving several updates each day. Government security experts say that the situation is reminiscent of that immediately prior to the Sept. 11, 2001 attacks in the US. 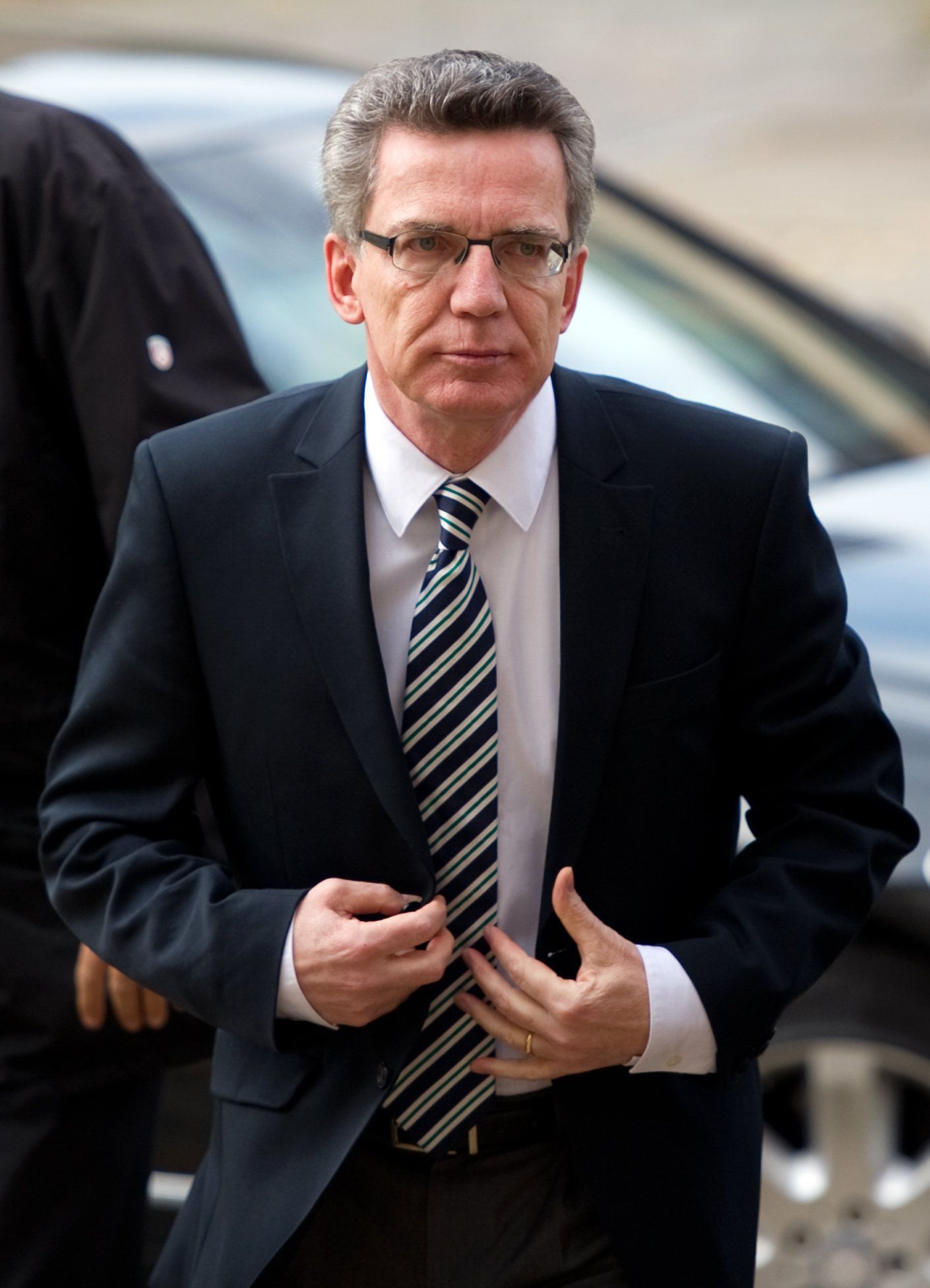 German Interior Minister Thomas de Maizière said on Wednesday that there are concrete indications that a terror attack is planned for Germany.