Three weeks into negotiations to form a coalition government in Berlin, Angela Merkel's Christian Democrats (CDU) and the center-left Social Democrats (SPD) have agreed on a gender quota on company supervisory boards, finally bringing an end to a debate that has raged for years -- not just between the two parties, but also within the chancellor's conservatives.

A working group charged with discussing family policy has proposed that as of 2016, 30 percent of new appointments to the supervisory boards of companies that are publicly traded in Germany must be women. Starting in 2015, major companies must also set their own binding goals for increasing the number of women on their supervisory boards, their management board and on their executive floors.

Manuela Schwesig, minister for employment and social affairs in Mecklenburg Vorpommern and the SPD's negotiator on family issues, said the decision would boost women's opportunities for advancement and was a move towards greater equality in the workplace.

'A Cultural Shift in the Corporate Sector'

The SPD originally suggested incrementally raising the number of women in executive positions to 40 percent by 2021. The CDU rejected a fixed quota but signaled willingness to compromise on the make-up of supervisory boards.

"(This marks) a cultural shift in the corporate sector," CDU negotiator Annette Widmann-Mauz said on Sunday, while stressing that her party stands by its conviction that a fixed quota on management boards is neither constructive nor constitutionally permissible. "I am therefore pleased that we managed to agree with the SPD on a sensible ruling that will benefit women."

For the time being, women remain under-represented in corporate boardrooms. In September -- 12 years after voluntary targets were introduced for companies to boost their ranks of female executives -- only 11.7 percent of executive posts were held by women.

Ahead of September's election, the female wing of the SPD made the introduction of quotas for women on supervisory boards one of the party's key conditions for entering into a coalition government with the CDU.

In April, Germany's parliament rejected a law that would have mandated gender quotas on the supervisory boards of domestic corporations.

Other European countries including France, the Netherlands, Italy, Spain and Belgium have successfully introduced similar quotas in recent years. 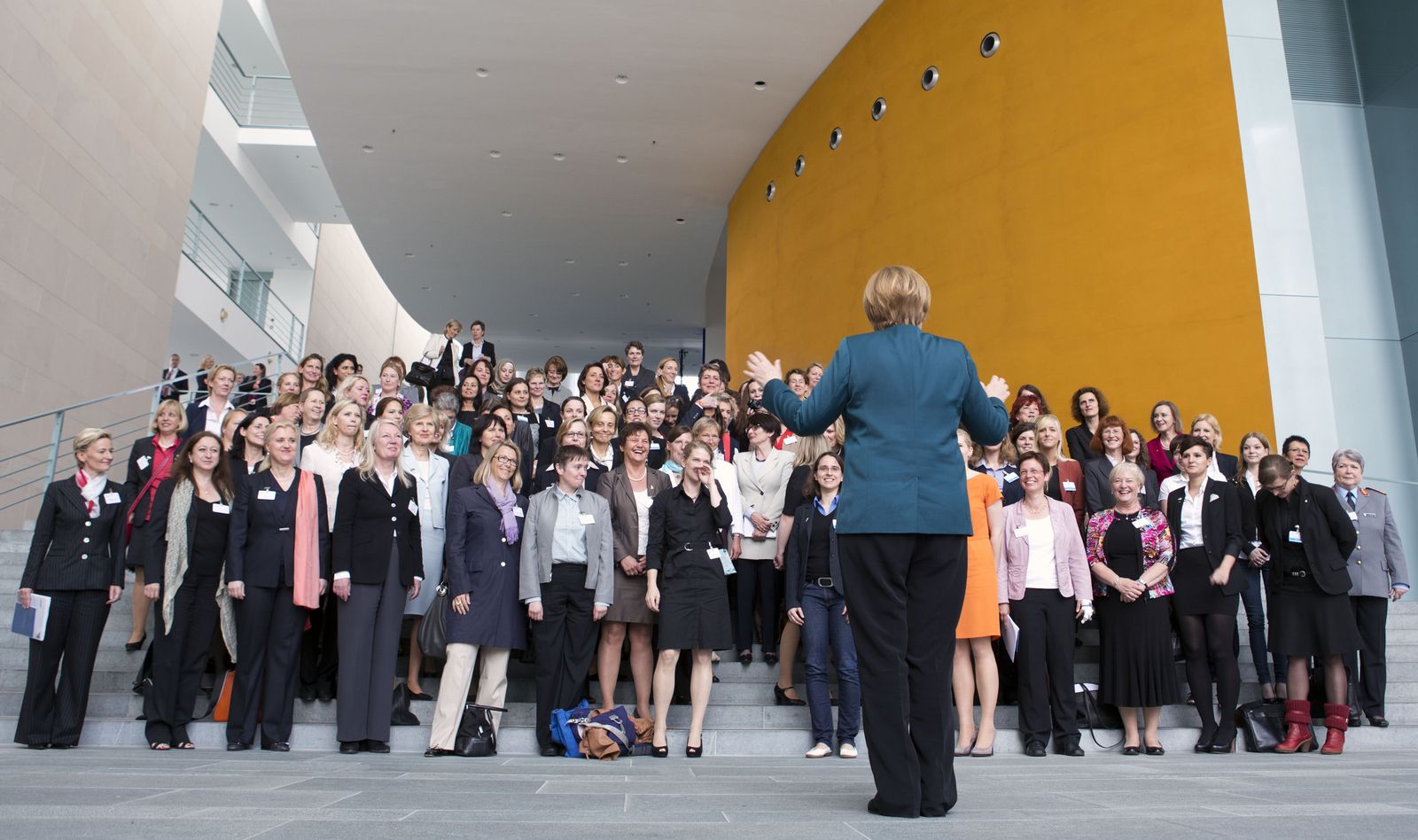 Chancellor Angela Merkel appeared in May at a meeting of women in leadership positions in Germany.