During the recent German election campaign, Chancellor Angela Merkel's conservatives categorically rejected the idea of raising taxes, saying it would be poisonous for the economy and labor market.

But now it seems things may have changed. Following the dramatic collapse of Merkel's coalition partners, the business-friendly Free Democrats (FDP), in Sunday's election, the conservatives are now in search of a new coalition partner -- and there aren't too many palatable options to choose from.

The Greens and the Social Democratic Party (SPD) -- both left-leaning parties, will likely want to discuss tax hikes in any negotiations over potential coalition agreements. And some media reports have pointed to comments by members of Merkel's Christian Democratic Union (CDU) that indicate the party may be wavering on the issue.

But Hermann Gröhe, general secretary of the CDU, came out to flatly deny any such thing on Thursday. "The press reports are wrong," he said in response to a report by tabloid daily Bild that he had advocated increasing the top rate to 49 percent during internal party discussions. "Our election manifesto is absolutely imperative: We reject tax increases."

And, he added, Sunday's results had given his party a strong mandate to fight for that position. With those last words, though, he seemed not to absolutely rule out tax hikes in any future coalition led by the CDU.

'We Must be Willing to Compromise'

Finance Minister Wolfgang Schäuble and senior CDU politician Armin Laschet also seemed open to compromise. When asked if he was excluding the possibility of tax increases, Schäuble told weekly Die Zeit newspaper: "We should look now at how the talks progress."

And Laschet told the conservative Die Welt: "Of course, we must be willing to compromise in all policy areas. Otherwise we will not get a coalition."

Anyone who was paying attention during the election campaign would be excused for doing a double take when hearing such words. For example, Angela Merkel herself said in a June speech: "A clear 'no' to tax increases."

And Schäuble, in an interview on Deutschlandradio on July 28, also left no doubts as to his position: "We still have the situation where the SPD and the Greens are strongly advocating for tax increases in the election campaign. They will not come about because we refuse them."

Finally, and perhaps most bluntly, Horst Seehofer, head of the Christian Social Union, the Bavarian sister party to Merkel's CDU, told the newspaper Bild am Sonntag on June 9: "I can assure citizens on behalf of the CDU and CSU: With us there will be no tax increases in the coming four years. That is valid 100 percent … We have the highest tax revenues of all time. Tax increases in that situation would be a mortal sin that as a Catholic you could not confess in one go." 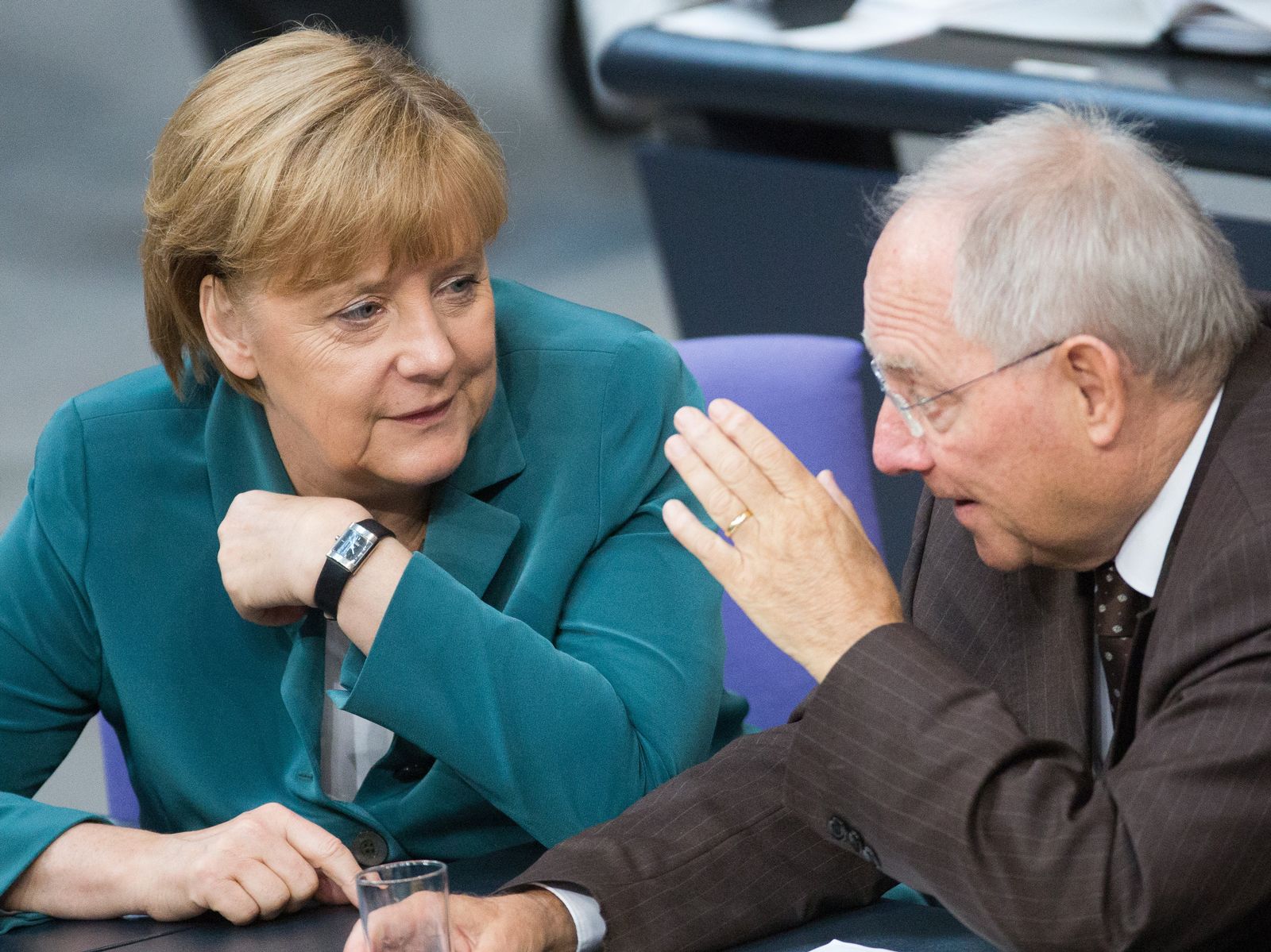