As the news broke late Sunday night that the world's leading terrorist, Osama bin Laden, had been killed during a US raid on a compound in Pakistan, Americans took to the streets to celebrate the demise of the figurehead behind the terrorist attacks of September 11, 2001, which left more than 3,000 people dead.

On Monday morning in Berlin, German Chancellor Angela Merkel met reporters for an approximately six-minute long press briefing on the development. "I am glad that it was successful, the killing of bin Laden," she said.

That statement is now being heavily criticized in German political and religious circles, including among members of Merkel's own party, the Christian Democratic Union (CDU). And Germany's Foreign Minister, Guido Westerwelle, of Merkel's coalition party, the Free Democrats (FDP), is calling on Western nations to temper their responses to the news of Osama bin Laden's death.

"We must be careful, that we in the West -- with understanding of the relief felt -- do not send images into the world that could again lead to incitement or to the heroization of al-Qaida," he told the conservative German daily Die Welt Wednesday.

'Not a Reason to Celebrate'

At the same time, Westerwelle expressed understanding of Merkel's comments by saying that the death of Bin Laden was "good news for the entire world. I think that it is understandable to have a feeling of relief that this terrorist who had thousands of victims on his conscience cannot continue to spread his terror."

Merkel's remark came at the end of a question and answer session during her press conference on Monday, and she went on to say: "I think that for the people in America, but also for us in Germany, it is news that one of the heads of international terrorism, who killed so many people ... was killed and therefore cannot operate anymore. That is what counts for me now, and therefore I conveyed my respect for this success to the American president."

A vice president of German parliament, Katrin Göring-Eckhardt, told the daily newspaper Berliner Zeitung: "As a Christian, I can only say that it is not a reason to celebrate, when someone is killed in a targeted way." Göring-Eckhardt, a member of the Greens, said bin Laden should have been arrested and put on trial.

'From the Middle Ages'

Criticism was also lobbed from members of Merkel's own party. Siegfried Kauder, of the CDU, and the chairman of the legal committee of the Bundestag, told the newspaper Passauer Neue Presse: "I would not have formulated it in that way. Those are thoughts of revenge that one should not harbor. That is from the Middle Ages."

Kauder also questioned the legality of killing bin Laden. "The principle that the ends justifies the means has no legal foundation…The United Nations is now called upon to finally create binding laws. It must be crystal clear, what can be done, and what cannot."

Ingrid Fischbach, a vice-chairwoman of the CDU in the Bundestag, who is also on central committee of German Catholics, spoke with reservation about Merkel's response. "From a Christian point of view, it is surely not appropriate to express pleasure with the targeted killing of a person," she told the German news agency Deutsche Presse Agentur.

Religious figures also came out against Merkel's statement in German newspapers Wednesday. Franz-Josef Overbeck, a Catholic military bishop, told the Westdeutsche Allgemeine Zeitung, "One cannot as a person, and especially not as a Christian, be glad about the death of another person. That also applies when that person was a violent criminal." 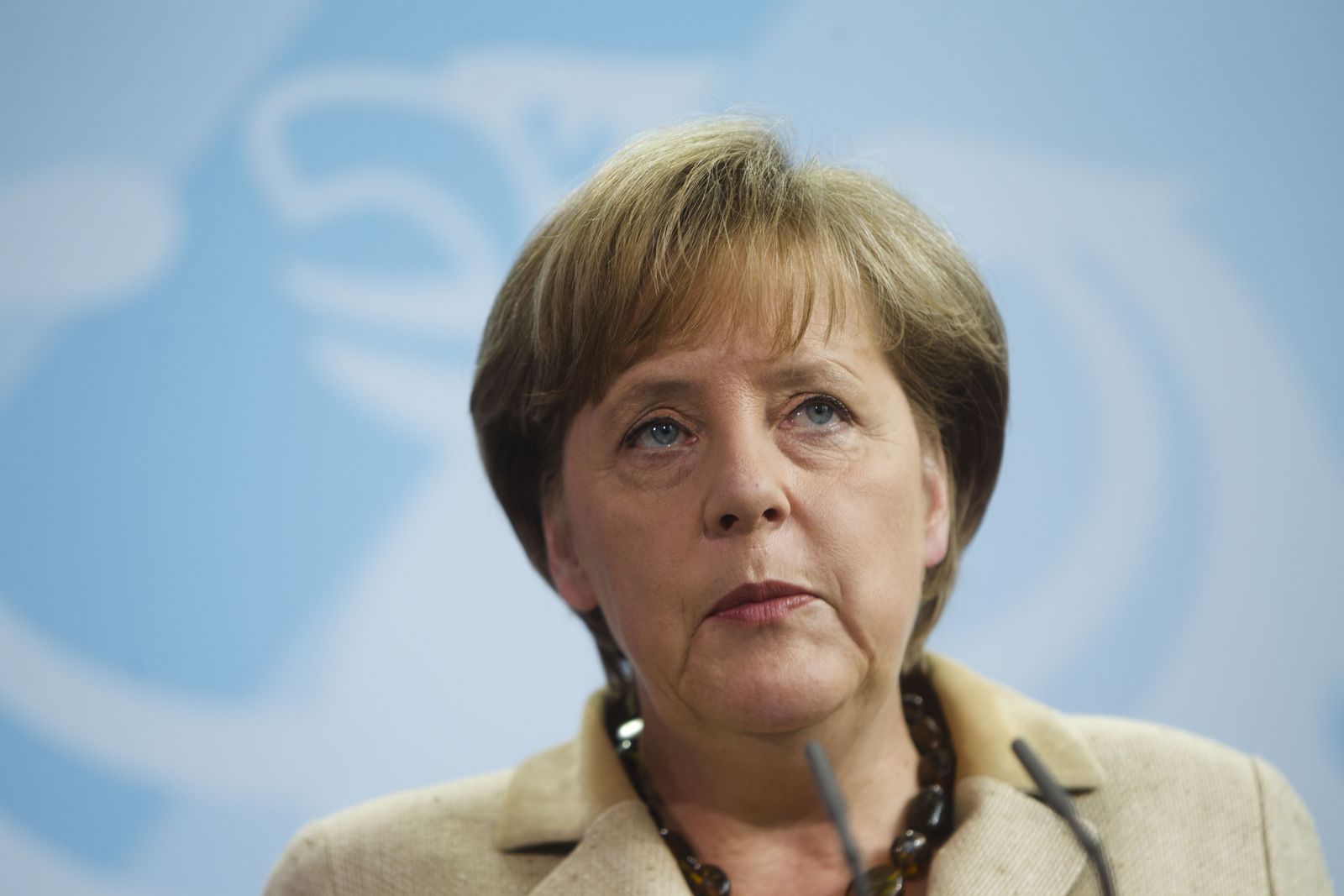 German Chancellor Angela Merkel has come under fire for expressing pleasure at the death of bin Laden.