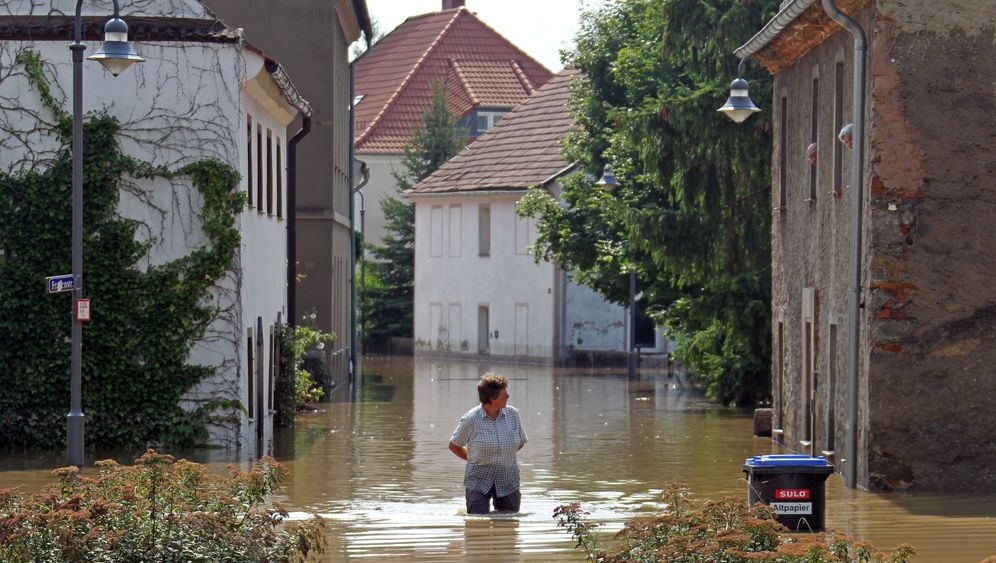 It was water level that had never been seen before. The Neisse River on the German-Polish border hit 7.07 meters (23 feet) on Sunday morning in the town of Görlitz, the highest level ever recorded since systematic measurements began almost a century ago. Normal level for the river is a mere 1.7 meters.

And Görlitz was not alone. High waters and flash floods hit large parts of western Czech Republic and Poland along with swaths of eastern Germany over the weekend, killing 11 people and resulted in the collapse of several houses. An additional four people were killed in Lithuania as a result of heavy storms.

On Monday, additional regions in eastern Germany were bracing for the arrival of high flood waters, including the town of Bad Muskau, home to the UNESCO cultural heritage site of Fürst Pückler Park. Other towns in eastern Brandenburg, the German state which surrounds the capital Berlin, were also preparing for high flood waters.

Extremely heavy rains late last week and into the weekend are to blame for the sudden rise in Central European river levels, though the situation was worsened considerably when a dam on the Witka River near the Polish town of Radomierzyce failed, sending a huge flood surge downriver.

Five people drowned in the Czech Republic in the towns of Chrastava and Frydlant. Many had to be rescued from the roofs of their homes as raging waters swirled below. In Neukirchen, a town in Germany near Chemnitz, three people were found drowned in their cellar on Saturday. Police believe they were attempting to move some of their belongings upstairs to protect them from the flood waters. Three deaths were reported in Poland.

The Polish town of Bogatynia was particularly hard hit over the weekend, with a bridge having been washed out and both electricity and running water cut off. The high water marks the third time Poland has been hit by severe flooding this year.

Meteorologists warn that further heavy rain showers are to be expected in the coming days. Officials, however, say that the German response to the disaster has so far shown a vast improvement over 2002, when parts of eastern Germany saw catastrophic flooding resulting in 21 deaths.

By Monday, river levels in Görlitz had dropped substantially below their weekend high, but were still well over 5 meters. Officials expect the flooding to continue to subside near the hardest hit areas near the convergence of the Polish, Czech and German borders. Further north, however, residents of towns on the Spree and the Elbe rivers are expecting high water. Levels there are expected to remain well below those of 2002, however.

Officials in Bad Muskau say they are not concerned about major damage to the Fürst Pückler Park. While they anticipate that most of the park will be flooded, steps have been taken to protect the castle on the site.