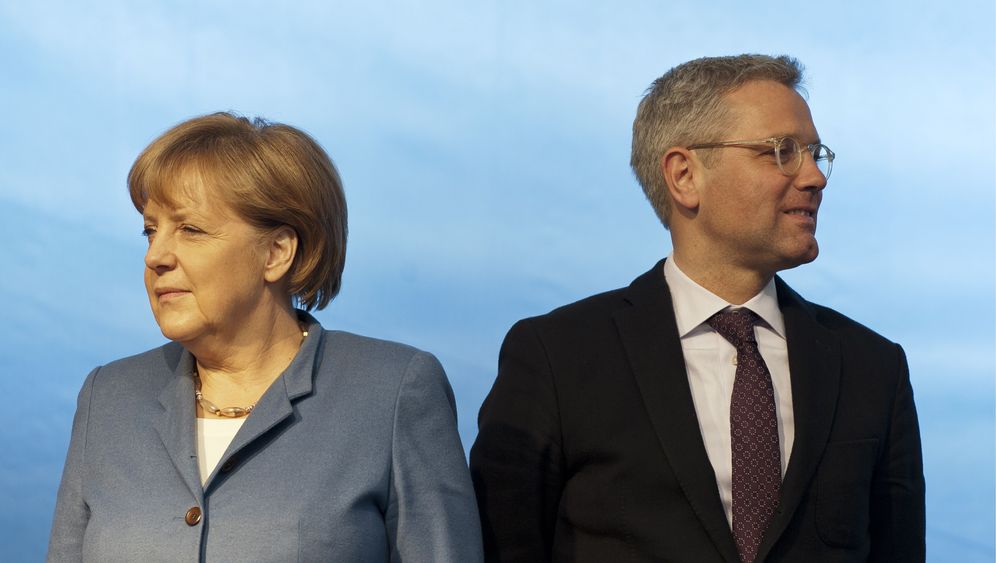 She made the announcement in a surprise press briefing at the Chancellery in Berlin on Wednesday afternoon and said she would replace Röttgen with her party's parliamentary chief whip, Peter Altmaier, a close aide of hers.

The CDU slumped more than eight percentage points and lost the state to the center-left Social Democrats and Greens. The result was blamed on Röttgen, who made a serious gaffe in the campaign by refusing to say whether he would become regional opposition leader if he lost the election. That made him look uncommitted to the state and left the impression that he was keen to get back to Berlin to work on his career.

The 46-year-old politician had been a protégé of Merkel's and had been seen as a possible future chancellor. But he made enemies in his own ranks where he was seen as overly ambitious.

Preoccupied with the Euro

Merkel said her energy policy, which envisages a radical increase in the use of renewable energy sources in the coming decades, faced major challenges and that a "fresh start" with a new minister would help to master them.

"The energy revolution is a central plan of this term and the foundations for it have been laid but we still have a lot of work to do," Merkel said in her statement. "It is evident that the implementation will require major efforts and that is why the Environment Ministry plays an important role in this respect."

Merkel's energy plans have made little progress since she announced an early phaseout of nuclear power in March 2011, in a major U-turn that followed the Fukushima nuclear accident. Key questions remain unresolved, such as the expansion of the national power grid and the construction of new gas-fired power plants.

Commentators say Merkel has been preoccupied recently with tackling the euro crisis.