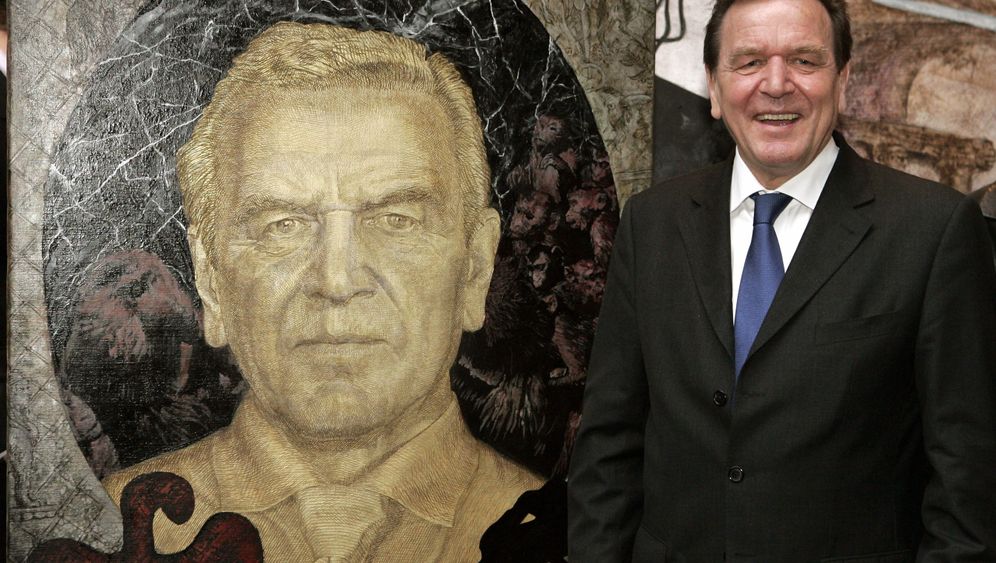 In moments of triumph, modesty is the largest casualty. It was March 21, 2005, a day that German Chancellor Gerhard Schröder, a member of the center-left Social Democrats (SPD), felt was "a good day for Germany, a good day for Europe and a good day for economic development."

After a more than two-year struggle with an intransigent European Commission, reluctant partner countries and a rebellious finance minister, Schröder finally got what he wanted: the Stability and Growth Pact, intended as the guarantor of a stable euro, had been weakened. Finance Minister Hans Eichel (SPD), ultimately deciding not to take a back seat to Schröder in his moment of hyperbole, interjected that the pact had become "more credible and reasonable."

Seven years later, that which triggered the celebratory mood at the time is now seen as a lapse that made possible the current crisis faced by the European common currency. It permanently undermined confidence in a set of regulations that was intended to force countries to pursue responsible fiscal policy. Afterwards, several countries felt sufficiently emboldened to abandon their efforts to limit spending.

The pact originally obliged member states to maintain budget deficits at or below 3 percent of gross domestic product and a total sovereign load worth no more than 60 percent of GDP. Violators received a preliminary warning from the European Commission. If new borrowing remained excessive, financial penalties could result.

It is widely accepted that this corset was loosened at the insistence of Germany and France. In truth, however, the weakening of the Stability and Growth Pact was primarily the work of one man: Gerhard Schröder. He received support from his chief of staff, Frank-Walter Steinmeier, and from Reinhard Silberberg, head of the European division in the Foreign Ministry. Documents from the Chancellery, released in response to a SPIEGEL request, show that Schröder and his government were the driving force behind the effort. They also show that attempts by Eichel and his ministry to resist were ultimately in vain as he was forced to give in to pressure from Schröder. What's more, Schröder picked Eichel to convince the remaining holdouts among Germany's euro-zone allies.

The undertaking began in secret in the summer of 2003. The German economy had been stuck in a chronic slump since the beginning of the new century with growth stagnating near zero. Unemployment was on the rise and the budget deficit was consistently growing.

The previous year, Eichel had only narrowly managed to avoid a deficit warning from the European Commission. But it soon became apparent that the situation was not going to improve in the near future. Because Schröder and Eichel shied away from cleaning up the budget by way of austerity, further warnings from Brussels, or even monetary penalties, seemed merely a matter of time.

Schröder tried to secure the support of French President Jacques Chirac and British Prime Minister Tony Blair. "The initiative will gain clout if the United Kingdom is also on board," reads an internal Chancellery memo. "Therefore, please maintain absolute confidentiality until a final agreement is reached."

The memo describes what Schröder had in mind: "Germany and France must be able to create necessary growth incentives, even when the 3 percent deficit threshold is exceeded." For the sake of the economy, in other words, no country should be forced to save unless it absolutely wanted to.

In the ensuing months, the subject moved to the top of the European agenda. But not in the form that Schröder wished. Instead of weakening the pact, the European Commission was interested in strengthening it. In a June 23, 2004 memo to Chancellery Chief of Staff Steinmeier, an official warned that Commission proposals amounted to a "more restrictive application" of the rules. The changes envisioned more frequent warnings in addition to a requirement that countries with a sovereign debt level exceeding 60 percent of GDP be required to achieve budget surpluses.

Efforts to Water Down the Pact

"This would immensely increase the consolidation pressure on Germany," the official warned. "We can only emerge from the defensive position if we submit our own concept by the end of the summer recess."

But one person wasn't playing along: the finance minister. Another memo from the end of August 2004 found fault with Eichel for being "critical of increasing the flexibility" of the pact. Eichel, the memo indicated, wanted to preserve the pact "as a disciplinary tool against individual ministries" -- the idea being that he could force budgetary responsibility by claiming that his hands were tied by Brussels. Still, despite opposition from the Finance Ministry, the Chancellery decided "that we must actively expedite the debate over the reform."

The timing of the debate seemed particularly promising because the Dutch -- who were opposed to any efforts to water down the pact -- held the rotating European Council presidency at the time. As such, Schröder administration officials noted with satisfaction, they were "neutralized by their role as a broker."

On Oct. 25, Schröder took his stubborn finance minister to task. Eichel was behaving "even more restrictively than the Commission," European division director Silberberg complained in a preparatory memo for Schröder and Steinmeier, and noted that Eichel was "not prepared to take any further steps at the moment." In the memo, Silberberg urged the chancellor to "come to an understanding with Minister Eichel, that Germany backs a Stability Pact reform that truly benefits us."

Real relief was "only possible by removing certain types of spending from the equation," Silberberg wrote, suggesting that the German deficit could be artificially understated. He foresaw Berlin's contribution to the EU budget being withheld from the books as well as economic stimulus expenditures. To prevent the Finance Ministry from thwarting the administration's efforts in the future, Silberberg recommended that the Chancellery and the Finance Ministry collaborate more closely in the future.

The new spirit of collaboration became apparent only two days later. Silberberg instructed Eichel's state secretary, Caio Koch-Weser, to have the Finance Ministry examine how the ideas could be "safeguarded politically, implemented legally and justified economically." Silberberg applied a time constraint by stating: "I have to discuss the results of your review with the chancellor by no later than Nov. 10."

On Nov. 11, Schröder brought Eichel into line once again. According to Schröder's notes, the chancellor made a point of reminding his finance minister who was in charge. The reform of the Stability Pact, he said, was "ultimately to be endorsed by the heads of state and government."

But Eichel and others, including Luxembourg Prime Minister Jean-Claude Juncker, who was also head of the Euro Group, remained committed to fiscal conservatism. "Most of them favor a more restrictive reform in keeping with the ideas of the Commission," the experts at government headquarters wrote in a presentation to Steinmeier prior to a meeting of euro-zone finance ministers on January 17-18, 2005. "There is a risk that the finance ministers will commit themselves to this course." It would be unacceptable, the experts argued, if "the heads of state and government merely rubber-stamped the outcome."

Schröder and Steinmeier wanted to prevent this at all costs. They wanted all reform options to remain on the table until the European Council, the meeting of European Union heads of state and government scheduled for March 22-23, 2005. To that end, officials proposed that Schröder ask French President Chirac, British Prime Minister Blair and Spanish Prime Minister José Luis Rodríguez Zapatero to "exert influence on their finance ministers and on Prime Minister Juncker."

Not all finance ministers allowed themselves to be intimidated, but Eichel apparently did. He began obediently promoting Berlin's plans to his European counterparts. And he wasn't fussy when it came to choosing his allies. "A minority position is emerging for Germany, whose positions were energetically championed by Minister Eichel," another memo reads, noting that Germany, together with France, Italy and Greece, was facing off against the remaining countries. The Netherlands and Austria, normally such loyal allies, were particularly resistant.

Voting with the Majority

The conflict came to a head at a meeting of finance ministers in early March. Eichel launched into his demands and, with the backing of Germany's allies, soon switched to threats. Supported by France and Italy, he made it clear "that he could not agree to the meetings conclusions because German demands on reforming the deficit proceedings almost not being taken into account at all," as a memo for the German cabinet reads.

With the EU summit scheduled for March 22, time was running out. Two days before the meeting, EU finance ministers gathered once again for a special meeting. Led by Germany, the three largest euro-zone member states ganged up on the rest -- who ultimately capitulated. Finally, Schröder had gotten his way.

The agreement is "generally viewed as a German success, because Minister Eichel was able to enforce the majority of our demands," Chancellery employees wrote in a memo written for Schröder on the eve of the EU summit.

"We have strengthened the stability anchor of the pact," Schröder's officials boasted. "More will be saved in good times, and the focus will shift more heavily toward the sustainability and quality of public finances."

A fallacy, as it would turn out. Greece ran into problems five years later, and the euro crisis began. Two years after that, euro-zone member states agreed to the fiscal pact, which not only reverses the 2005 measures weakening the Stability Pact, but makes the pact stricter than ever before.