It has become something of a game both in Germany and abroad to guess just how much longer Chancellor Angela Merkel will remain in office. Many on the right wing would like to see her gone. Many on the left have tired of her leadership as well. And even some in her own Christian Democratic Union (CDU) party, and especially in its Bavarian sister party, the Christian Social Union (CSU), have pressured her to step down.

But will she? On the first anniversary of the creation of her current government, a pairing with the Social Democrats (SPD) known as a "grand coalition," here are the bets most commonly made for when she might call it quits:

[ ] Before European Parliament elections at the end of May.

[ ] Before state elections in Brandenburg and Saxony in early September.

But there is a fourth option that is increasingly looking most likely:

It's clear that she won't be running for yet another term in 2021 elections. At the end of October, right after announcing that she was stepping dow as head of the CDU party, Merkel said: "The fourth term in office will be my last as chancellor of Germany."

But she declined to say if she would serve out that fourth term to the end. And there are plenty of factors fueling the speculation that she won't.

For one, Merkel's current government isn't popular, and even the parties involved -- the CDU, the CSU and the SPD -- aren't particularly smitten with it. Nobody is in the mood to celebrate this week's first anniversary and many within the CDU and CSU continue to harbor a fair degree of regret over the fact that efforts to form a coalition government with the Greens and the business friendly FDP were unsuccessful. The SPD, meanwhile, continues to limp into insignificance, is plagued by self-doubt and seems to have one foot in the opposition.

Second, Merkel turned over control of the CDU late last year to her hand-picked successor Annegret Kramp-Karrenbauer, aka AKK. She will most likely be the chancellor candidate for the conservative camp in the next general election and it would be helpful to her if she could enter that campaign as the incumbent.

And then there are the critics of Merkel within the ranks of the CDU and CSU. They can't wait for the day when she is no longer chancellor.

And yet a sober analysis suggests that Angela Merkel will remain in the Chancellery for much longer than many believe.

Merkel Unlikely To Step Down

She certainly isn't tired of the position, as anyone who has experienced her recently can confirm. Even as she seemed to have lost her mojo last year and looked as though she was running out of steam, giving up the party leadership position seems to have given her new life. And no matter how much the chancellor would like to help AKK transition into high office at some point, she certainly isn't going throw her own political standards overboard to do so. And one of those principles, as she has often said, is a conviction that the chancellorship is not the kind of office you can simply resign from.

As many have pointed out, it wouldn't be the first time. Both Konrad Adenauer and Ludwig Erhard -- both of the CDU -- stepped down from the Chancellery. But their departures took place under completely different circumstances. Adenauer was forced out in 1963 by his own party and by its coalition partner, the FDP, in response to his handling of the so-called SPIEGEL Affair, a scandal that saw Adenauer's government engaged in a press-freedom battle with DER SPIEGEL.

Erhard, meanwhile, failed to get his draft budget through in 1966, prompting the FDP to leave the government coalition, which ultimately triggered Erhard's resignation.

Merkel's government, by contrast, remains intact, for better or worse. And if there are attempts to push her into retirement, they tend to come from within her own conservative camp. The SPD, after all, has nothing to gain and likely a lot to lose from new elections, and the party has also said that if the chancellor goes, the coalition is over.

The CDU and CSU also wouldn't be doing themselves any favors by urging the chancellor to step aside, considering Merkel's high approval ratings. Indeed, a current survey by pollster Forsa shows two-thirds of all Germans wanting to see her remain in office until the end of her term. Not to mention her ongoing international popularity.

Only a Serious Crisis Could Trigger Merkel's Fall

The idea that Merkel might step down for Kramp-Karrenbauer's sake is also very unlikely. It would require a serious crisis within the coalition that, from the chancellor's perspective, made it impossible for her to continue. And for as long as the SPD prefers to continue governing together with Merkel, that won't happen.

The most likely scenario for an early Merkel departure would be if the SPD decided at some point to dissolve the current government. And that scenario could become reality if the Social Democrats perform particularly badly in this year's European Parliament election and subsequent state elections -- and decide to nurse themselves back to health in the opposition. The coalition agreement provides for an "evaluation" of the government's progress in the middle of the legislative period, which will be this autumn. A part of the SPD explicitly understands this passage to be a back door out of the government.

If the SPD were to then leave the coalition and Merkel then decided she didn't want to continue as minority government, she would have to submit her resignation. At that point, Kramp-Karrenbauer might try to be elected chancellor in with votes from the CDU, the CSU, the FDP and the Greens.

The question is whether the Greens, who are currently twice as strong as the FDP in the polls, would go along with that. And the FDP, with which Merkel already failed to form a government with in 2017, would also have to be convinced. Otherwise, there would have to be new elections.

Or everything might just stay the way it is, with Merkel staying put. All the way to 2021. 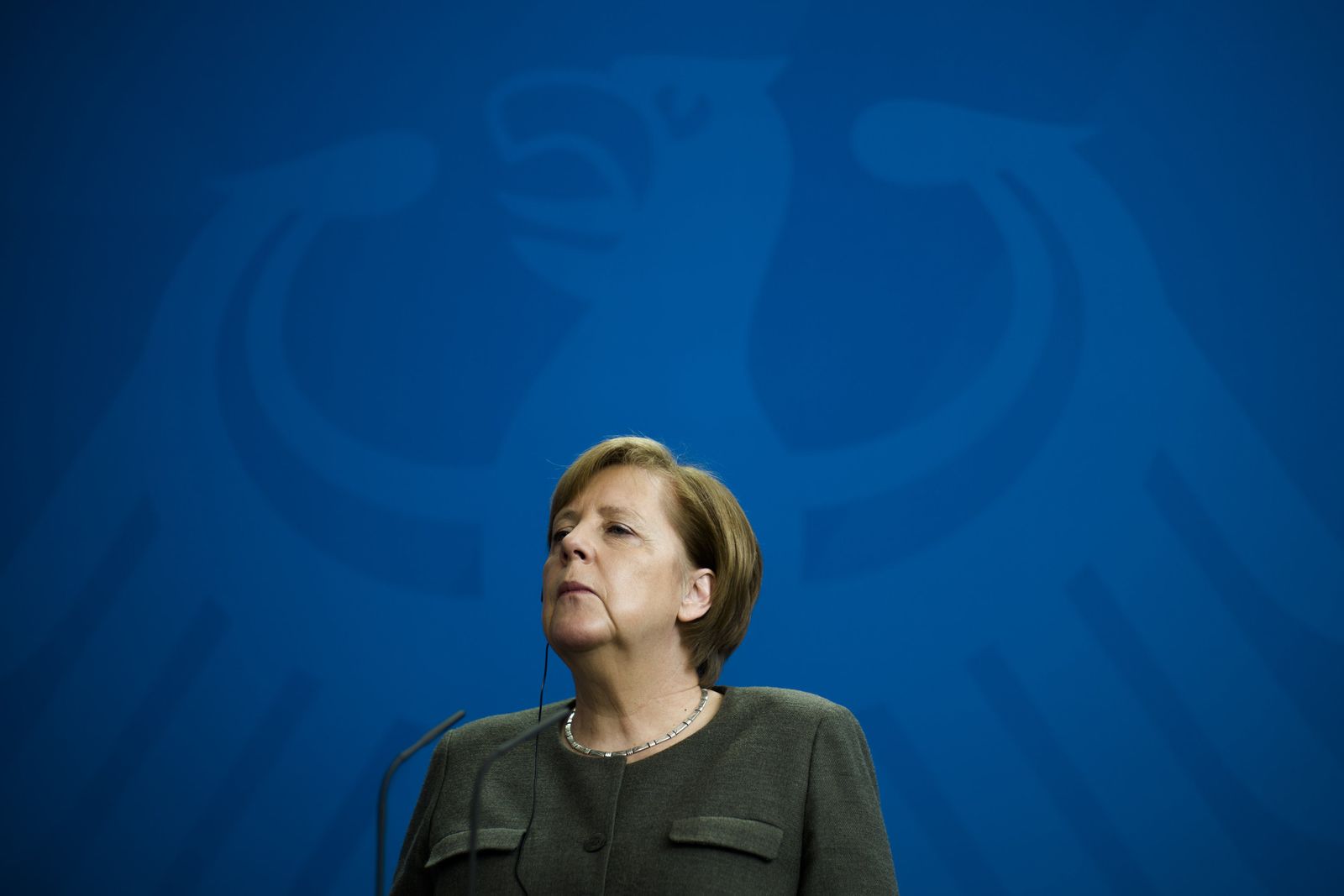