Three out of four. That is the share of Germans who believe that same-sex couples should enjoy the same rights as married heterosexual couples, according to a survey released by the Forsa public opinion poll group last week. Even more revealing, that pro-gay rights majority exists among voters of every major political party in the country -- including almost two-thirds of those who back Angela Merkel's conservatives.

And that, as this election year has already made clear, is a problem for the chancellor. Recent weeks have seen an intense debate within her Christian Democrats (CDU) and their more conservative Bavarian sister party, the Christian Social Union (CSU), as to whether the center-right should change its current stance opposing the extension of marriage-related tax benefits to same-sex couples. On Monday, Merkel and senior party members decided that the answer had to be no.

The calculation is clear. The CSU has said that it would not support any further steps toward granting gay couples in civil partnerships the same rights as married heterosexuals. Likewise, there are plenty within her own party who are wary of moving too quickly on the issue. And the last thing Merkel needs ahead of the autumn general election is an internal party brawl -- particularly one on a sensitive social issue which could easily trigger the kind of casual bigotry seen from Republicans on the subject of abortion during the last US electoral campaign.

More than that, though, Merkel already has the reputation for rapidly abandoning long-held positions that are near and dear to her party. In the weeks after the nuclear disaster at Fukushima in the spring of 2011, for example, she quickly reversed course on nuclear energy, putting Germany on track to stop using the technology by early next decade. Similarly, she also eliminated mandatory conscription, a pillar of conservative policy since World War II.

Just last December, her party reaffirmed its opposition to extending further rights to gay couples. Merkel is unlikely to want to start an election year with yet another significant about-face.

More Court Decisions on the Horizon

Yet this is an issue she will not be able to escape. The most recent debate was kicked off by Germany's Constitutional Court, which in February strengthened the rights of some same-sex couples to adopt, though the case did not touch on allowing gay and lesbian civil partnerships unlimited freedom to become adoptive parents. Since then, the court's president, Andreas Vosskuhle, has been unusually open in hinting that he and his justices will likely take further steps toward granting gay couples additional rights. A case regarding the extension of marital tax benefits, currently only available to opposite-sex married couples, is on the docket for early summer. The issue of full adoption rights for same-sex partnerships won't be far behind.

In other words, the debate is going to return. And it will do so just as the campaign begins to heat up.

It is partially for that reason that many leading Christian Democrats saw last month's court ruling as a golden opportunity to modernize the party's stance on gay marriage. Volker Kauder, head of the conservatives in parliament, demanded that the party take action immediately upon hearing the verdict. "I really have to wonder if we really want to constantly be forced into action" by the court, he said. He suggested that the CDU and CSU might move ahead on tax rights to pre-empt the approaching court decision.

Best of Both Worlds?

Merkel, as she has so often done in the past, remained silent at first. And with good reason -- following initial news reports indicating that the CDU was changing its tune on gay marriage following the Constitutional Court ruling, several conservative parliamentarians reported an increase in party membership cancellations. It was a development that highlights one of the most confounding conundrums facing Merkel. Even as German society seems to have become more accepting of gay rights, she still has to be mindful of her party's significant conservative wing.

But she is facing another disturbing trend as well. For years, the Christian Democrats had trouble attracting voters in the country's big cities. Most recently, the phenomenon has manifested itself in painful defeats in Stuttgart, Frankfurt, Hamburg and Bremen. Continued opposition to expanding rights for same-sex couples seems unlikely to reverse that trend -- one which could make itself felt when Germans head to the polls in September.

On Monday, Merkel finally broke her silence, but her decision to make no changes to her party's platform for the time being seems like a calculated one. On the one hand, her decision to remain firm has placated the conservatives. On the other, the court will most likely force her hand later this year, thus allowing her to satisfy the more progressive voters in German cities.

She is, in other words, trying to get the best of both worlds. But the move could backfire. Time will tell. 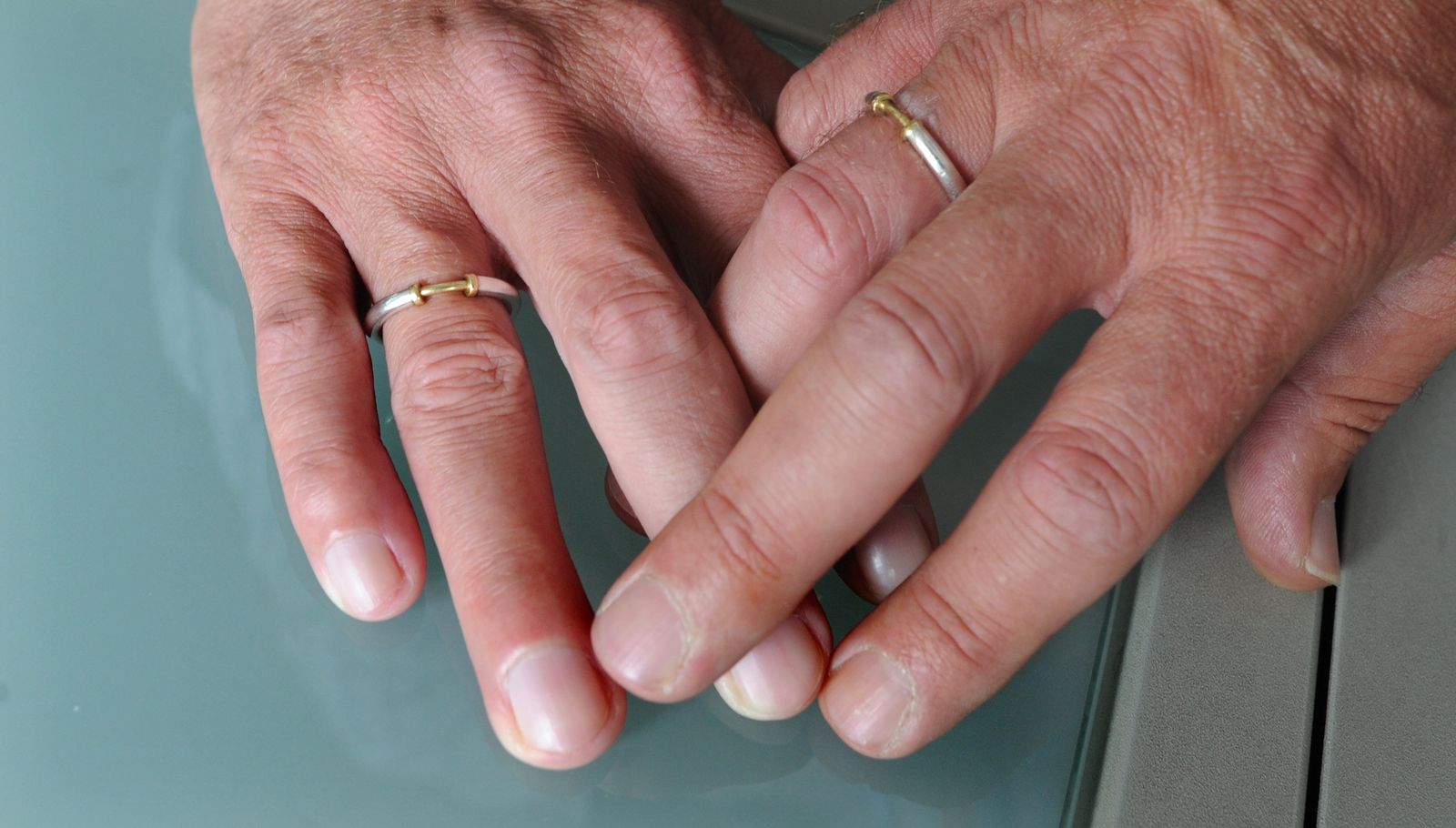 Chancellor Merkel has decided to hold off on gay marriage -- for now.