The governors of five states controlled by Merkel's Christian Democratic Union (CDU) threatened to vote against tax cuts in the Bundesrat upper house of parliament in December because they believe the resulting shortfalls in revenues will put an excessive burden on their state finances.

Merkel has warned the governors that she will not compensate them for the tax cuts. The Free Democrats in particular are adamant that the tax cuts must go ahead to stimulate economic growth.

The CDU governor of Schleswig-Holstein, Peter Harry Carstensen, has threatened to resign over the dispute, German newspapers reported at the weekend. Without his state's support in the Bundesrat, Merkel's tax relief plans will not pass.

CDU governors in Thuringia, Saarland, Saxony-Anhalt, Baden-Wuerttemberg and Saxony also voiced opposition to the plan, saying it was irresponsible to cut taxes at a time of deficits.

"We can't cope with the tax cuts," Thuringia's CDU governor Christine Lieberknecht told the television station ZDF. "We can't vote for it. It wouldn't be responsible for our state and the budget."

Andreas Pinkwart of the FDP, the deputy governor of Germany's most populous state, North Rhine-Westphalia, said the tax cuts were urgently needed to help small and medium-sized businesses.

"Anyone who delays or criticizes them is threatening jobs," Pinkwart told Rheinische Post newspaper. "The delicate flower of recovery must now be strengthened. This requires brave and determined action."

Volker Kauder, the head of the CDU's parliamentary group, urged the states to back the tax cuts. "We've got to be sensible. We've got to give this coalition a successful start," Kauder told ZDF television on Sunday.

The rebellion by state governors comes at a bad time for Merkel. Just one month into her second term, she had to reshuffle her cabinet on Friday when Labor Minister Franz Josef Jung resigned over chargesthat he covered up details of an air strike that killed Afghan civilians when he was defense minister.

Merkel agreed the tax cuts with her FDP partners in coalition negotiations after the Sept. 27 election even though government debt has soared as a result of the economic crisis. Several politicians have warned that failure to implement the tax cuts would damage the government. 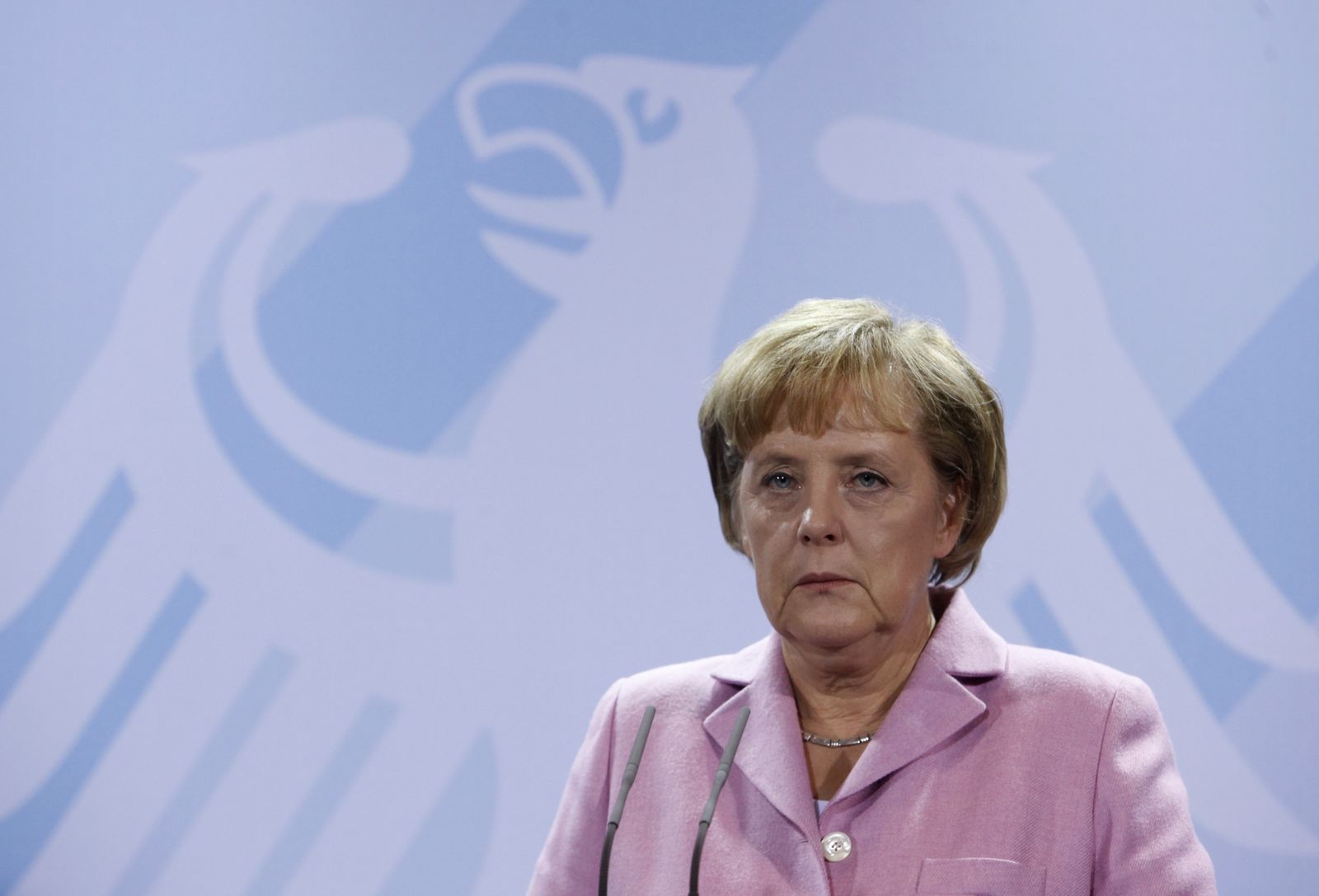 It's been a difficult few weeks for Chancellor Angela Merkel, shown here at a news conference last week.